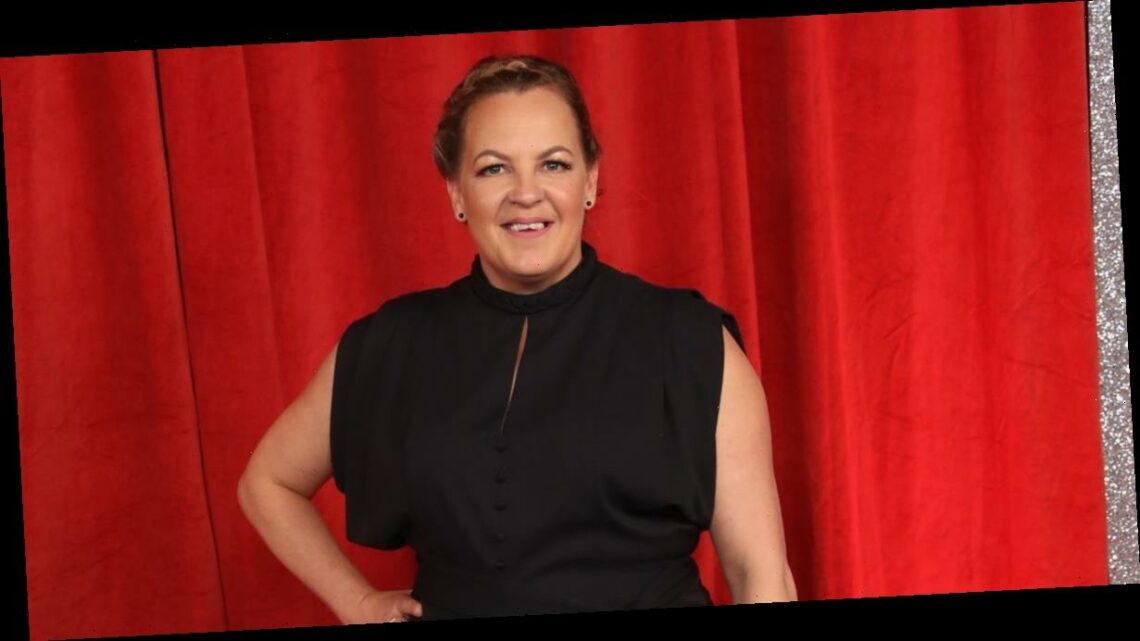 It’s not the first time she’s starred in the show either, playing character Thelma Bragg in 2016, and a young Mo Harris in a 2004 spin-off.

The actress, is known for her love of hooded jackets, worn denim jeans and vests, but off-screen it’s quite the different story, and is a lot more glamorous in real life.

Here's what you need to know about Lorraine Stanley away from EastEnders, from her weight loss transformation, family and fame…

Lorraine has been with her long-term partner Mark Perez since 2014 and they have a young daughter Nancy together.

She shared a cute photo to Twitter of her family, captioning it: "My two loves."

And most recently as the UK had lockdown measures eased, she saw off Nancy to school for the first time, writing alongside a sweet picture: "Our Nancy Scooting into School to start a new chapter,couldn’t be more prouder!! Time fly’s…I love her more than I’ve ever loved #nolovelikeit #reception #proudmummy #happytears #myheartbeat [sic]"

Appearing at the TRIC awards 2018, Lorraine proved she's very glam, and looked world's away from her on-screen persona.

While Karen opts for double denim, hair scraped back, Lorraine wore a smart navy dress and white coat for the ceremony. She teamed up the look with natural make up and her blonde hair straightened and worn down.

The soap star then went on to lose 12lbs within six weeks the following year, revealing how she overhauled her lifestyle to achieve her fantastic figure.

Lorraine, 43, revealed she lost 12lbs in six weeks after cutting crisps and chocolate out of her diet, as well as cutting back on carbs.

She explained: “I've lost 12lbs in six weeks. My mate Louisa is my fitness guru, I've got her to thank for it. She talks about nutrition. I've eaten a lot of boiled eggs, fish, chicken, no carbs. No crisps and chocolate."

The soap star added during an appearance on ITV's Lorraine: “I’m enjoying it and I feel better for it."

Lorraine has appeared in films including Made In Dagenham, and Eden Lake.

In 2007 she was nominated for an ALFS Best Actress award for her role in film London to Brighton.