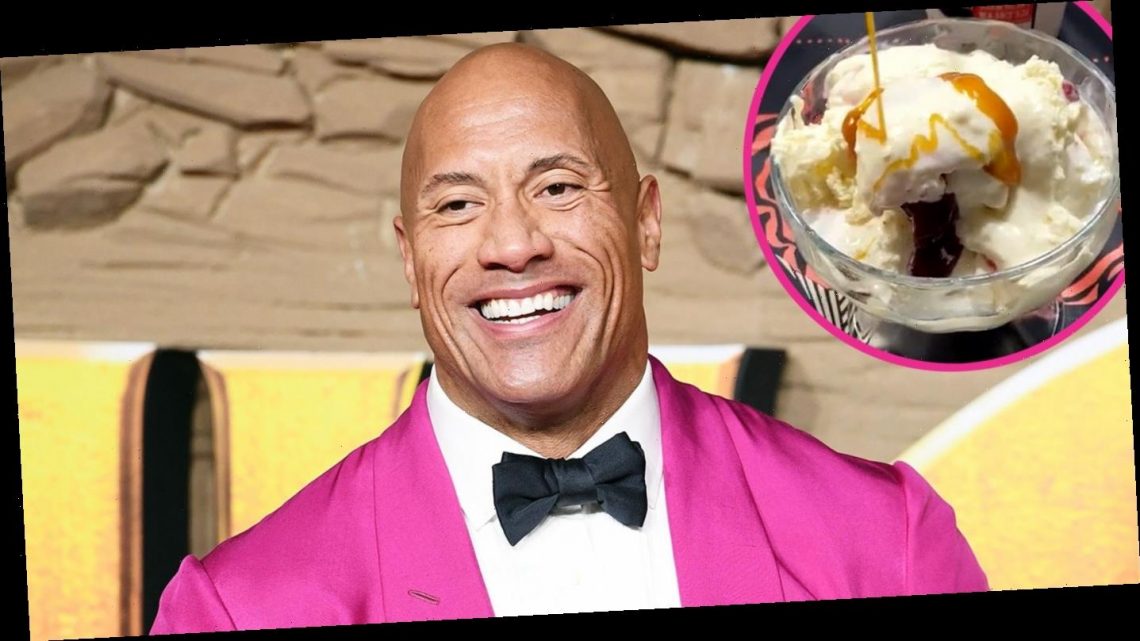 Ice cream sundae goals! Dwayne “The Rock” Johnson celebrated National Ice Cream Day on Sunday, July 19, the only way he knows how — with a massive dessert that managed to rival some of his epic cheat meals. 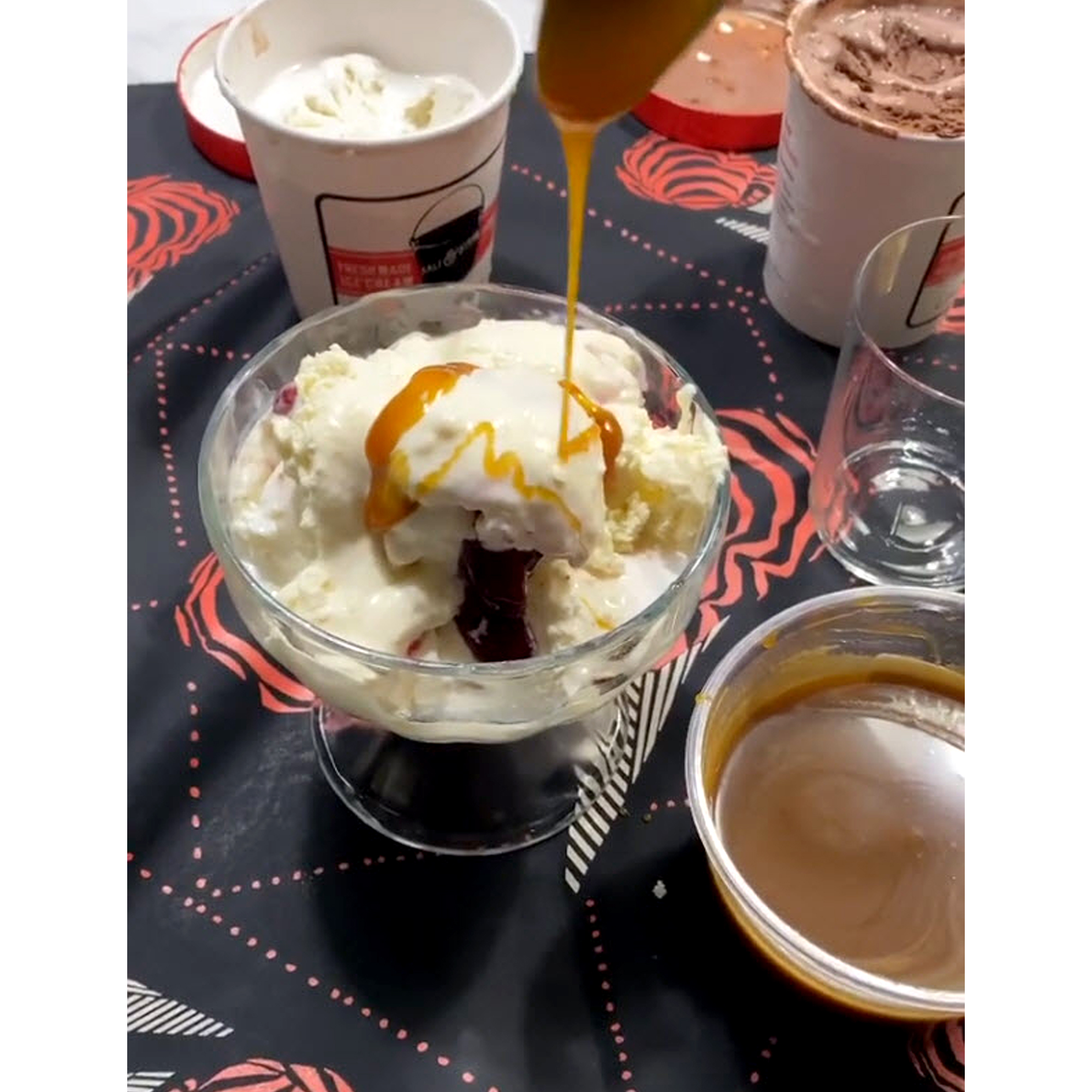 According to the Titan Games host, the decadent dessert is made with three different flavors of Salt and Straw ice cream — goat cheese marionberry habanero, double fold vanilla and chocolate gooey brownie — which acts as the treat’s sweet base. He also noted that the habanero in the first flavor gives the dish a “really interesting kick.” 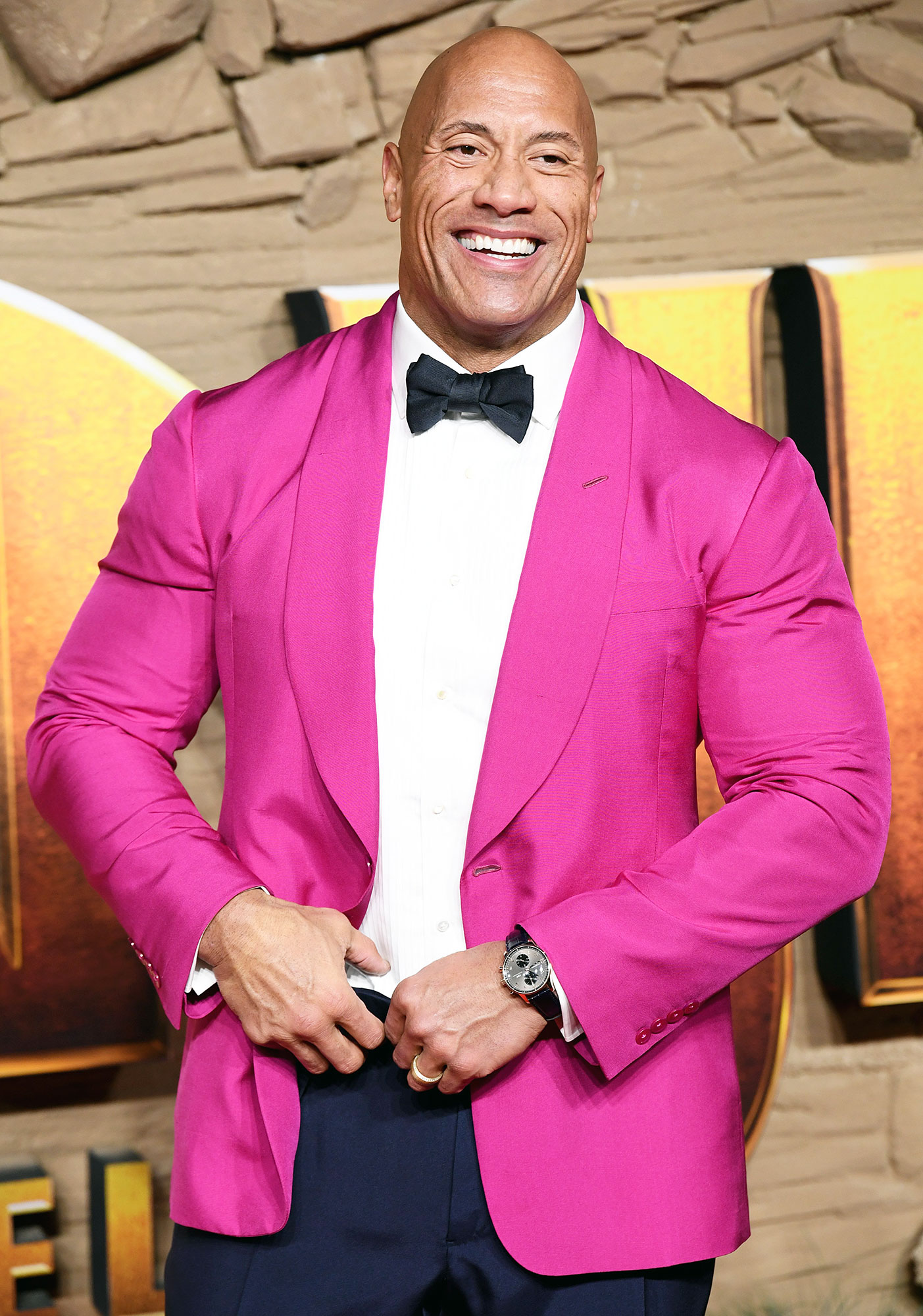 Stars Reveal the Foods They Hate

The true “magic” of the sundae, however, is some of the Baywatch star’s own Teremana tequila, which he portioned out into a glass and poured directly on top of the mountain of ice cream.

The next topping was the “fantastic” vanilla bean whipped cream as well as the “double main event” — Teremana tequila-infused caramel syrup. According to the former WWE star, the sweet addition is the first of its kind.

“It’s best served warm and this is very warm,” Johnson explained as he spooned the caramel syrup over his frozen meal. “I tried this earlier today in a Salt and Straw Teremana ice cream float and it’s ridiculous.”

As he took a taste of the finished product with all of the layers, even the Central Intelligence star was surprised by how good the sundae was. “That’s amazing,” he said with a laugh. “I’m gonna go have a moment with myself. This is good.”

The California native reiterated those sentiments in the video’s caption, adding: “This’ll change your life – you’re welcome. Enjoy your cheat meals, my friends.”

As far as cheat meals go, this is one of Johnson’s most extravagant creations yet. The San Andreas star, who also loves thick slices of Brioche French toast and enormous sushi platters, told Food & Wine in May that his weekly cheat meals typically contain more calories than the average person eats in two days. “It’s into five and 6,000 [calories],” he dished with a smile at the time. “I try to make it as fun as possible and [there is] a lot of it.”