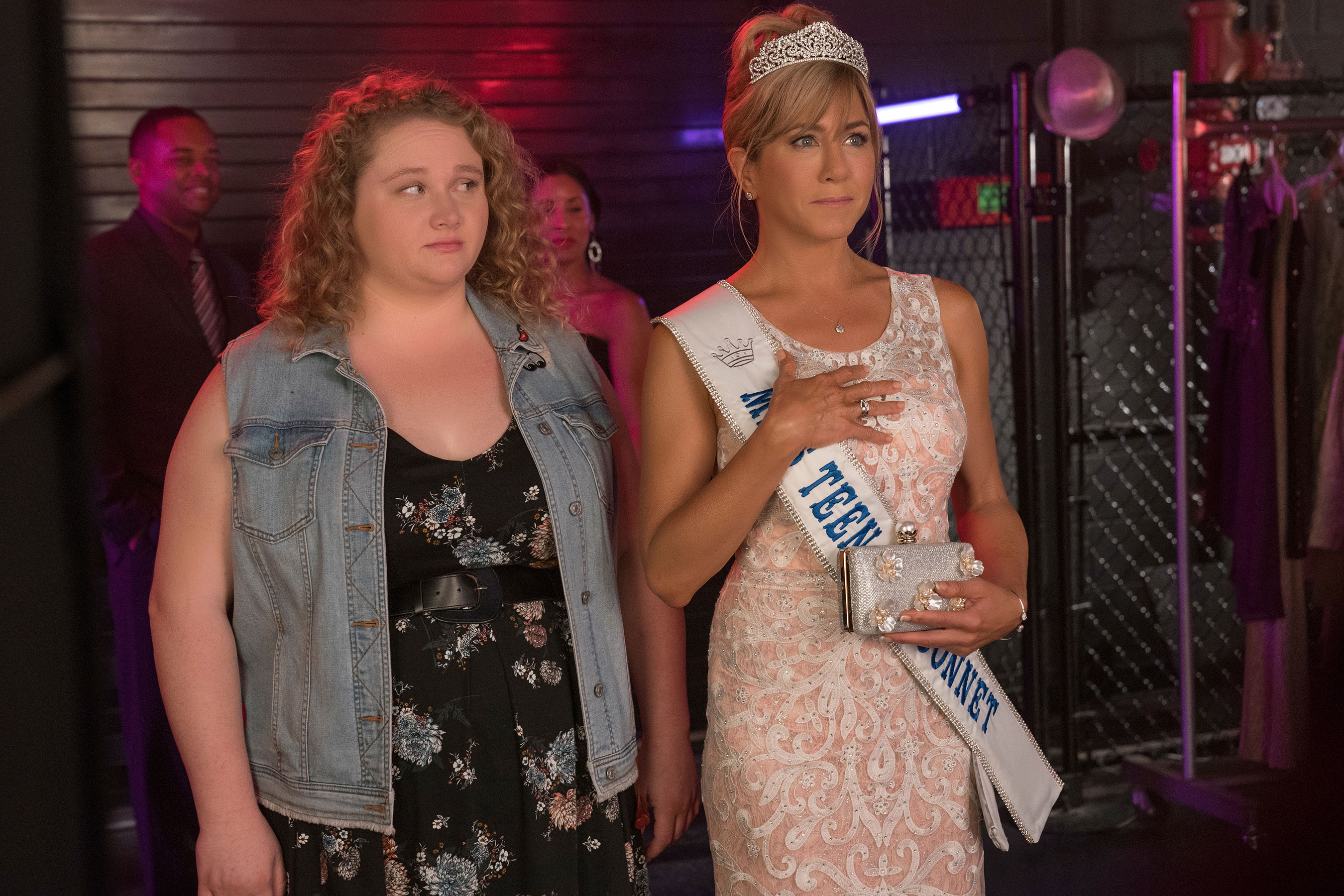 Like a pillow cross-stitched with sassy aphorisms, Dumplin’ is kitschy and squishy and, if let yourself, pretty sweet to sink into. Based on Julie Murphy’s bestselling 2015 YA novel, the movie stars the improbably Australian Danielle Macdonald (so good as a Jersey teen with battle-rap dreams in last year’s Patti Cake$) as homegrown Texan Willowdean Dixon.

A plus-size girl in a single-digit world, Willowdean is mildly estranged from her preoccupied pageant-queen mother, Rosie (Jennifer Aniston), but otherwise pretty good in her own skin: She loves Dolly Parton, lazy days at the pool with her conventionally pretty best friend Ellen (Odeya Rush), and teasing the cute fry-cook, Bo (Luke Benward), at her summer waitressing job.

But as September comes, bringing Rosie’s annual full-tilt windmill into pageant-season madness, the daughter she calls Dumplin’ decides to do something about her growing frustration with the size-ist, look-ist preoccupations of their small Southern town. The only way to disrupt the beauty industrial complex, Willowdean decides, is by fully embedding in it and entering the Miss Clover City sweepstakes herself.

Though she loudly insists that she is “not the Joan of Arc of fat girls,” her small act of rebellion brings in other unlikely candidates, including proto-riot grrrl Hannah (Bex Taylor-Klaus), and Millie (Maddie Baillio), a cheerful, dimpled naif whose response to leering schoolyard bullies has always been to turn the other cheek.

With the help of a kindly troupe of local drag performers led by Harold Perrineau’s platinum-wigged Lee, Willowdean, Maddie, and Hannah learn to love themselves, explore the technical limits of the talent portion, and rework a sequin. Will they triumph, in spirit if not in actual crown? Does a drag queen wear a water bra in the woods? (Yes and yasss, honeychild.)

Director Anne Fletcher isn’t working as sharply here as she has in films like The Proposal, Hot Pursuit, and 27 Dresses; there’s a softness to Dumplin‘s narrative that goes beyond the low-stakes story line and Lone Star twangs. (Too many movies use profanity as a crutch, but the one F-bomb that arrives midway through actually feels like a welcome astringent.)

Aniston is mostly playing a beehived outline, though she has a great time with her frosted tips and fluttery hands, and Macdonald is so immensely likable, you wish she was given a little more genuine tension in a script that seems content to settle for TV-movie peaks and valleys.

Still, there’s so much willful, joyful uplift in the final scenes, it’s hard not to buy into every aphorism re-upped from the classic Dolly playbook (Parton also provides 12 new songs and re-recorded classics for the movie’s excellent soundtrack — ‘Girl in the Movies’ landed a Golden Globe nomination): “If you want the rainbow, you gotta put up with the rain”? “Find out who are and do it on purpose”? “Be a diamond in a rhinestone world”? Put it all on a pillow, and wear it proud. B