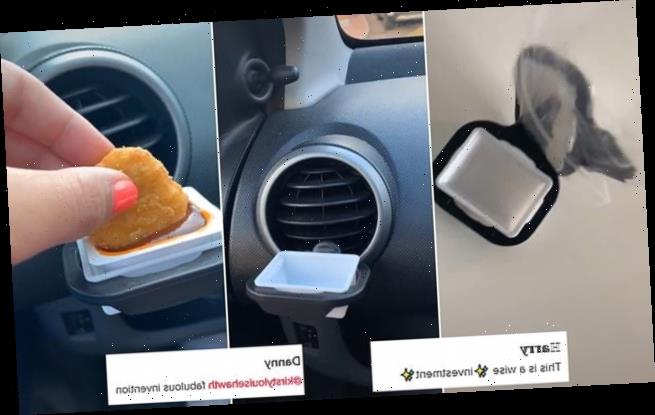 Fast food fans who can’t wait to get home before digging into their order from McDonald’s are rejoicing over the discovery of clip-on trays to hold their sauce for dipping.

Safie Waring who lives in Cambridge, posted a clip on TikTok showing how she clips a sauce pot holder on to the vent in her car to make it easier to enjoy McDonald’s barbecue sauce with her meal after visiting the drive-thru. 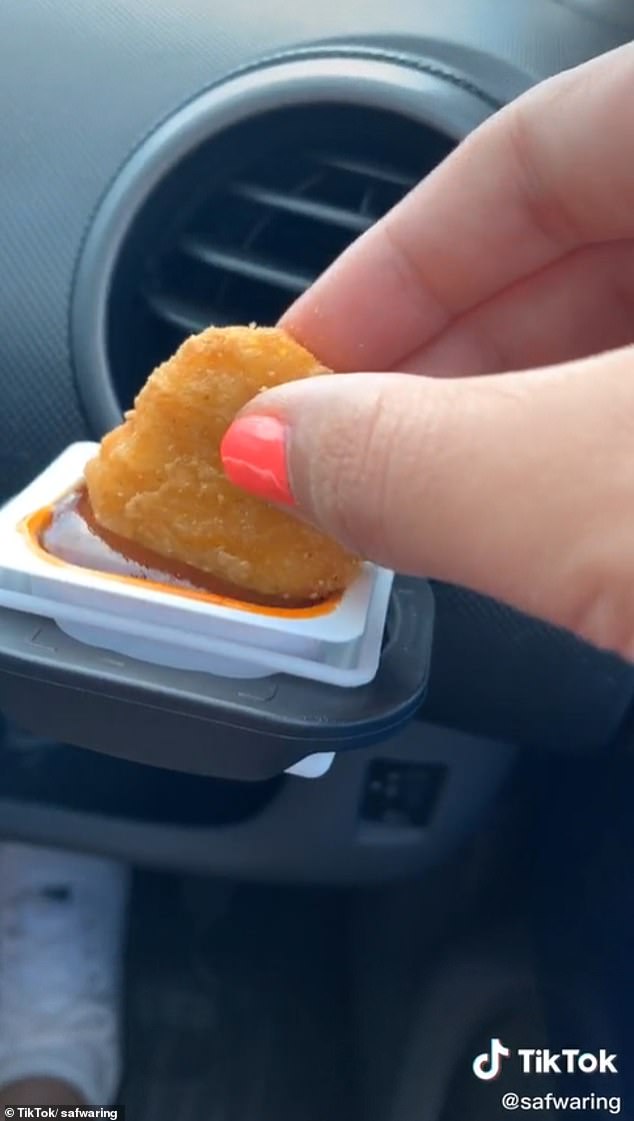 Safie Waring who lives in Cambridge, has gone viral on TikTok after demonstrating how a budget accessory can be used to enjoy McDonald’s sauce while in the car 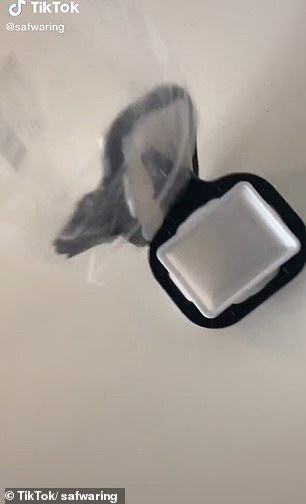 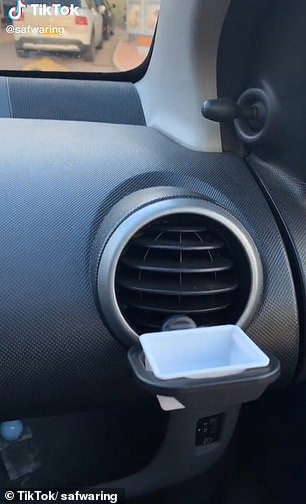 The fast food lover began the video by opening a parcel from Amazon to reveal two clip in sauce pot holders.

She then drove to a McDonald’s drive-thu and ordered chicken nuggets with barbecue sauce.

Having found a place to park, she placed the sauce into one of the pot holders that had been carefully clipped on to the vent.

Safie proceeded to demonstrate how the car accessory can be used to make eating chicken nuggets and fries easy.

The hack instantly became one of Safie who usually posts clips dancing with her friends, most watched videos.

According to the AA, there is no specific law forbidding eating while driving, however if the police believe you aren’t in proper control of the vehicle and possibly distracted there is a possibility to be charged with careless driving.

This carries a maximum penalty of £5,000, three to nine points on your licence and a discretionary driving disqualification. 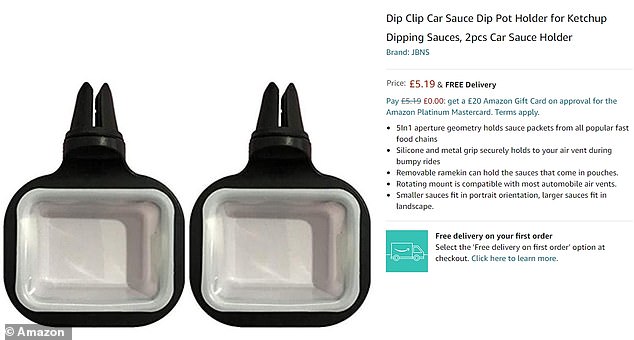 There are numerous sellers on Amazon selling clip in car sauce pot holders, with a £5.19 accessory (pictured) among the cheapest

Dipping sauce accessories are currently being sold by multiple sellers on Amazon, with the cheapest being £5.19 including delivery.

A stream of impressed foodies praised Safie for sharing the hack and gushed that they will be trying it for themselves.

One person wrote: ‘This is a wise investment’

‘Some people are living in the year 2090,’ another joked.

A third said: ‘I’ve just ordered several of them for all the guys I work with’

Skeptical, another commented: ‘It’s all fun and games until somebody dunks too hard and the clip falls off’

Many responses to Safie’s post have gushed about wanting to try the hack for themselves, with some dubbing it a ‘wise investment’

'There are 'a lot more Harvey Weinsteins', Rosanna Arquette reveals