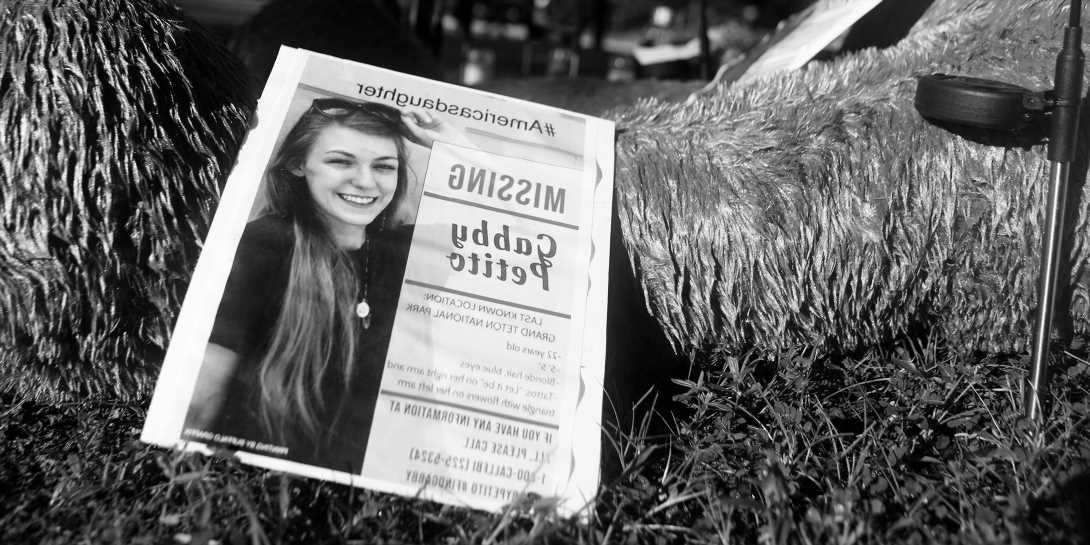 Don’t Fool Yourself: Cops Know What Domestic Violence Looks Like

The disappearance and death of Gabby Petito has captivated and enraged the nation, especially after body-cam footage showed an encounter with Petito, her then-boyfriend and person-of-interest Brian Laundrie, and Utah police officers on August 12. After dispatch received a call from a concerned passerby describing a “domestic incident,” police officers pulled over Petito and Laundrie, who were traveling cross-country in a camping van. The caller described having seen Laundrie allegedly slapping and later hitting Petito on the sidewalk, and in the video from the body-cam footage, Petito can be seen crying uncontrollably.

Yet the officers did not arrest Laundrie. Instead, Laundrie was joking and laughing with them. One officer compared Petito to his own wife, saying he knows what it’s like to be with a partner who “has really bad anxiety.” Then they let the couple go, only advising them to “stay away from each other for both of your guys’ sanity.”

Ten days after this exchange, Petito’s parents reported her missing.

Throughout the ensuing media frenzy, many people took to Twitter, group chats, Reddit, and TikTok (really, any platform that would support dissecting this case in real-time) to criticize how the police handled this incident.

But the thing is…cops do know what domestic violence looks like—because they’re often the perpetrators of it.

Data suggests at least 40% of police officers are involved in domestic violence disputes themselves and 15 times more likely than the general population to perpetrate acts of violence against their family members. Officers are known to protect their own—just look at the lingering scourge of police violence perpetrated against Black and brown people; police killed 164 Black people in the first eight months of 2020 alone—and so their victims often don’t know where to turn or who to ask for help.

I would know. My father was a police officer who allegedly beat my mother, my brother, and me with impunity. I write allegedly, because I have to: No formal police report was ever filed out of extreme fear for our safety. And I have to publish this story anonymously because he’s never admitted to what he did.

We did not know who we could trust, who would actually help us, and who would disclose a report to my father. When my younger brother wrote a suspicious story about an abusive father in his freshman high school class and I was called into the counselor’s office to ask if we were being abused at home, I lied. When my father allegedly threw my mom down our stairs, dislocating and breaking her ankle and sending her to the hospital for emergency surgery, she lied. When church members showered my father with praise, describing him as a “loving family man” and a “doting husband,” we always lied.

“No formal police report was ever filed out of extreme fear for our safety.”

You don’t have to look very hard to read story after story of male police officers physically accosting women they are employed to “serve and protect.” Two Colorado police officers are facing criminal charges after they threw a 73-year-old woman with dementia to the ground. As she cried out in pain, telling the officers she was just trying to get home, one laughed, “I love it. This is great.”

A New York City police officer was sued for excessive use of force after he shoved a 20-year-old woman to the ground during a Black Lives Matter protest. As her body rolled into the curb, the police officer—and the other officers with him—kept walking.

Another New York City officer was put on administrative leave after he punched a woman in the throat and pushed her to the ground during an arrest. He then put his full body weight on her while placing her in handcuffs. The woman was pregnant.

If our communities are also an extension of our homes, then what are these and countless other instances of police brutality if not domestic violence?

So please do not fool yourself: Police officers know exactly what domestic violence looks like. They do not need lessons in the warning signs of abuse or tips on how to spot an alleged perpetrator’s red flags—they need to stop being violent themselves.

The 15 Best Face Moisturizers for Various Skin Types, According to a Dermatologist and a Cosmetic Scientist

Elon Musk and Grimes are 'semi-separated': Here's what that means
World News