Home » Lifestyle » "Don't call me BAME, my identity is so much more than that" 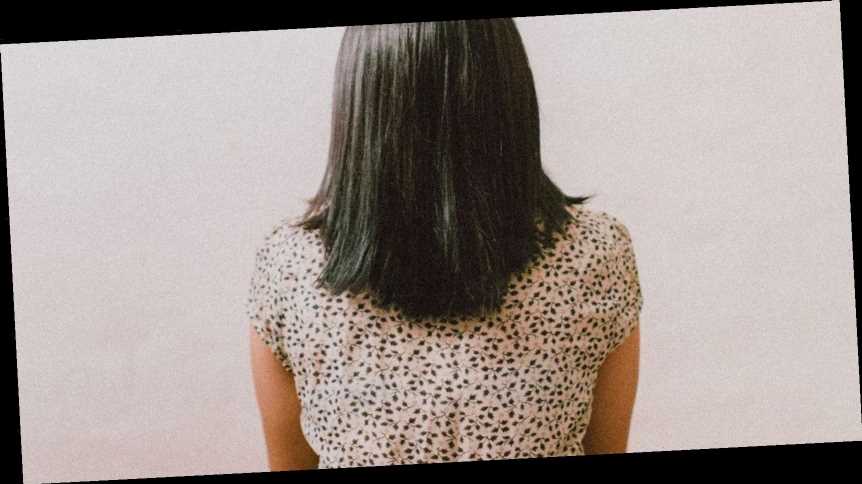 "Don't call me BAME, my identity is so much more than that"

“Why are we, the people who make up a significant 14% of the population, still lumped together under the dated title of BAME?” asks writer Namitha Aravind. Ahead, she explains why it’s time to stop using the term all together.

I do not identify as BAME. Neither does anyone I know. So why are we, the communities of people who make up a significant 14% of the UK population, all still lumped together under this dated title – Black, Asian and Minority Ethnic?

Identity has always been an incredibly perplexing notion. Who we are can’t be reduced to a few sentences and it can mean different things at different times; which makes sense given how complex and dynamic a human life can be. Yet race and ethnicity always tend to have deep significance in the way it can inform so much of who you become, and how you are perceived.

Take me for example, a British Indian woman. I’m proud to be British and share our trademark characteristics of self-deprecation, sarcasm and excessive apologising. But the Indian part of me is essential too; it’s evident in my interests, my values, my language and my diet – no catering company can match my mum’s stock of white rice.

I had crushes on Bollywood actors before Hollywood ones, I speak Kannada (no, Indian is not a language!), and I’m trained in a form of classical dancing known as Bharatanatyam. These things do not define Indian-ness, but they reflect important parts of my specific experience of dual heritage.

However, my deep cultural pride has at times been offset and undermined by racism, mainly in its covert forms. People have giggled and commented about how “freaky” my dance form looks – as if ballerinas putting their entire body weight on a single toe is perfectly normal. They’ve refused to pronounce my name correctly (can I just call you Nicole?), yelled at my ‘filthy foreign’ self to go back to ISIS, threatened to deport me back to where I came from (is it Preston Royal Hospital or my mum’s womb?), and told me I smell of curry – which is an obsolete British term, by the way. I am no longer reducing my cuisine’s richly varied dishes to a two-syllable word.

Many of my Indian friends relate to these experiences. Friends of other races couldn’t. They had different stories to share.

Black women tell me about how they’ve had to constantly explain and account for their hair in a way that no one else has to. They’ve dealt with worryingly frequent requests to twerk and put up with things like blackfishing. A friend of Chinese heritage detailed the specific slurs her family have faced; slurs that simply promote harmful stereotypes of her culture. Jewish women expressed frustration for being held accountable for an Israeli government they don’t support. Biracial friends explained how it’s a completely different ballgame for them, never fully accepted by either race.

I should say too, that we all share a multicultural background. Among us, we have had the pleasure of our differences being not just tolerated, but celebrated. Invites to Friday night dinner, Chinese New Year and Eid celebrations are not uncommon. Fortunately, my circle of friends have been mostly sheltered from the life-threatening forms of overt racism others have faced. Yet even on an anecdotal level, we’ve all got such different stories. It doesn’t make sense to label us as BAME.

The term has been popping up a lot lately. It’s present in the unhelpful and elusive Covid-19 reports, as well as the discussions around the Black Lives Matters protests. Indeed Matt Hancock happily confused BAME with blackness recently, when asked to name the (non-existent) black members of the cabinet. That’s not too surprising, given recent research has illustrated that barely 1 in 300 people across the UK actually know what the term means.

The term BAME initially came about in response to the ill-named “political blackness” anti-racist movement of the 70s, which was criticised for throwing all ethnic groups together under the word “black”. But BAME is still problematic. It is complicit in the reductive and archaic classification of all those who deviate from a simplistic, and inaccurate, understanding of Britishness. It still unhelpfully groups an incredibly diverse range of people together, bizarrely highlighting black and Asian people first. What does “Asian” specifically refer to? Reducing an entire continent of 4.6 billion people, with limited racial, cultural and genetic commonality, to “Asian” is not just ignorant: it’s insulting, too.

The brutal murder of George Floyd has highlighted this further. Non-black ethnic minorities were suddenly treated as experts on police brutality. Yet it’s specifically black people that are disproportionately more likely to be subject to such violence in England and Wales. Not Chinese people, or Indian people, or Pakistani people, or Roma people, or any other ethnic minority. Instead, these communities have faced their own distinct, and frankly incomparable, experiences with race.

Whilst some incredible organisations like Creative Access use the term to lift up minorities, it feels that most only maintain it as a form of unhelpful othering, a tick-box group that wins political Brownie points. If you want to amplify black voices, refer to them as exactly that: black. If you want to amplify Indian voices, refer to us as such, too.

BAME should be removed from our vernacular, it’s dated at best. I’d say that ‘ethnic minorities’ is a better alternative but simply identifying which groups of people you are talking about should always be the preference.

Of course, there are still some difficulties that most ethnic minorities in Britain share. Navigating a dual culture, dealing with microaggressions, tolerating white gaze, and having to face the classic question of “yes but, where are you really from?”. But please remember this – our diverse racial identities do not make us one homogenous blob. The term BAME is redundant, and I really hope we stop using it.