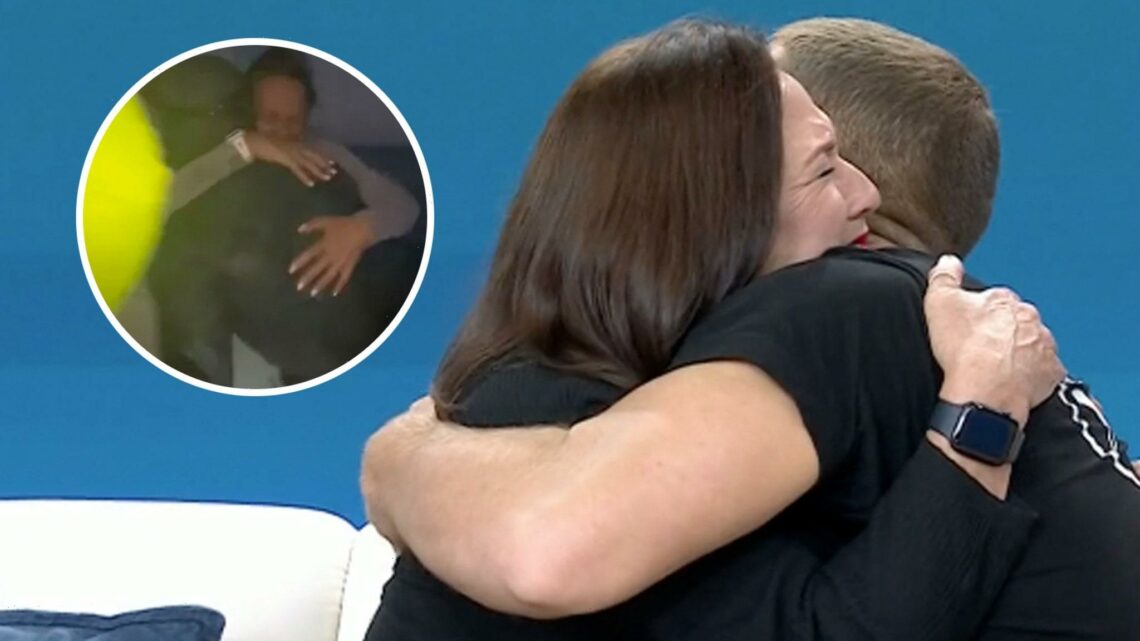 He claims the people he was diving with "didn't even call Coast Guard … and they just left."

The Florida diver and the mother who mounted a successful search for her missing son both opened up about the dramatic rescue, which went viral on TikTok last week.

22-year-old Dylan Gartenmayer was spearfishing in Key West when a powerful Gulf Stream current dragged him miles away from his fellow divers. He stayed afloat by tying some buoys together — while his entire family hopped on a boat to find him, starting from his last known location. While the Coast Guard also searched, it was his own family who found him floating in the ocean.

Appearing with his mother Tabitha on “TODAY” together Wednesday morning, Dylan claimed the people in the boat he was originally in “didn’t even call the Coast Guard” and “just left.” He said he met the group on Facebook and simply hit the water with them because he “was just trying to get out there to go diving.”

After making it clear he would be diving again very soon, his mother cautioned him to be “safer” about it in the future — something which includes finding better diving partners.

“He’s a grown man, it’s his passion. Every time he goes out, he’s like, ‘This is what I love to do,'” said Tabitha, getting emotional. “As long as he’s doing what he loves to do but he’s safer and goes with people that will be there and make sure he’s close to the boat and watch him … that’s a big deal for me.”

Of the rescue, she added that it “definitely had to be a miracle.”

“It had to be God protecting him the whole time, our angels above, because for us to land right on him, you could see it’s a needle in a haystack out there,” she continued. “He was so smart to get the buoys to know his head wouldn’t be enough to find him. I felt like we needed to slow down at this moment … we slowed down and we literally looked to the right and Dylan is right there.”

Dylan recalled “getting dragged further and further” out to sea, noting that he knew “this is starting to get serious” as the boat he was originally on kept getting “smaller” in the distance. He continued to worry as visibility continued to dwindle, before recalling Portuguese man o’ war jellyfish “bouncing off” his body as he was floating.

“Watching that sun drop was kind of making my heart sink, like, this is gonna be a long night out here,” he said, before adding that he used the buoys to keep him out of the water to keep him warn and away from “any potential predators.”

Tabitha said finding out about her son’s disappearance from her ex-husband was “the worst call I ever got in my life” — explaining that she worries “every time” her son goes out to dive.

“My ex-husband, his dad says, ‘Dylan’s been missing for an hour.’ The way he sounded, it literally took my breath away,” she added. “I couldn’t even breathe, everything went away and I was just standing there stuck.”

But the family quickly mobilized into action. “It took the whole family to come together within seconds because that’s our baby and that’s what you do,” she said, “that’s how we are and we’re always gonna be there to protect our family.”

As for what he was feeling when he was pulled out of the water and onto the family’s boat, Dylan said, “The greatest relief ever.”