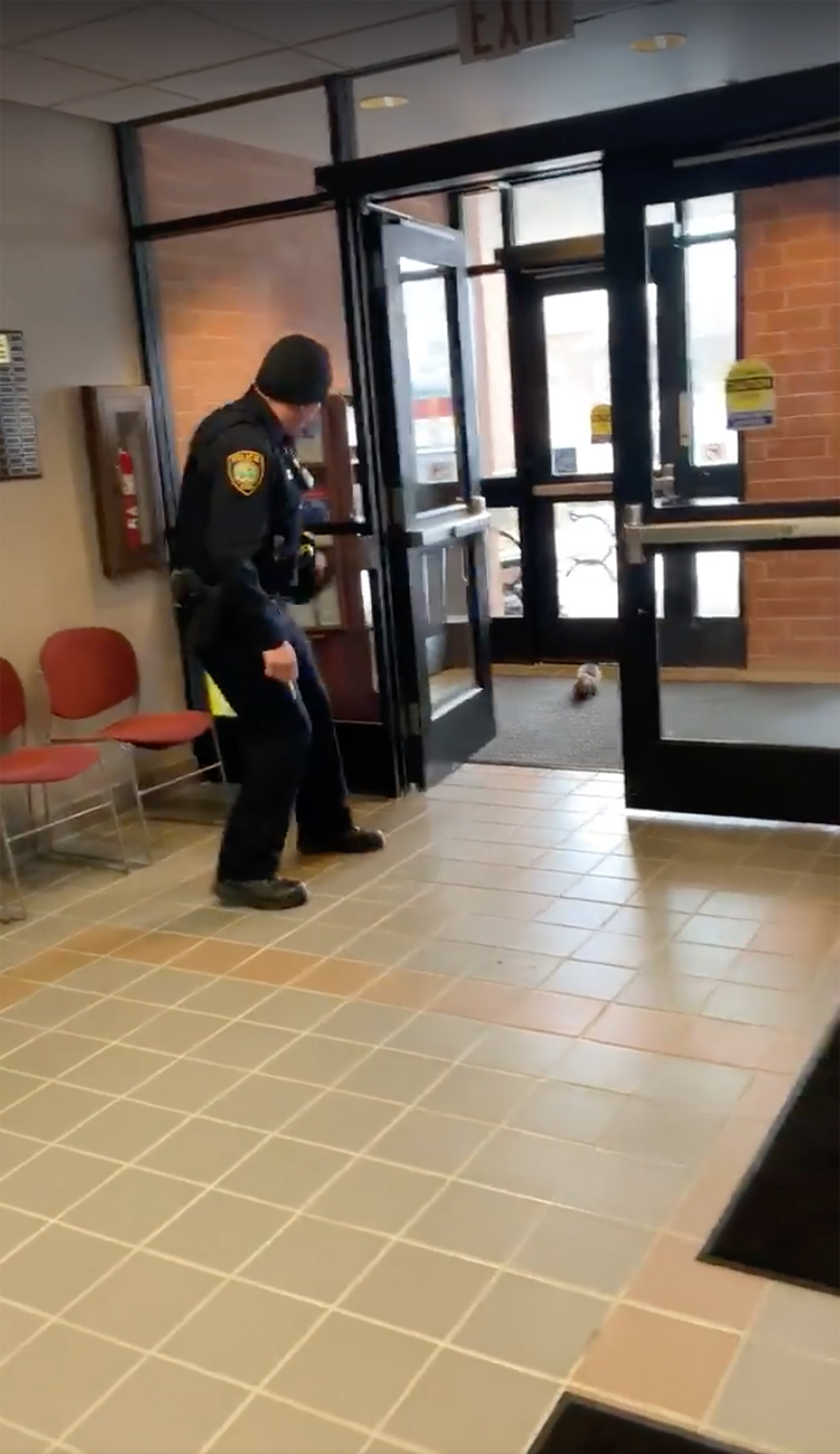 'Disorderly Subject!' Watch as Illinois Police Have Hilarious Run-in with a Squirrel

Officers at Illinois’ McHenry Police Department had their hands full recently when dealing with a particularly troublesome “disorderly subject:” a squirrel.

In a video shared last Tuesday to the department’s Facebook page, an officer is shown standing on a chair as the animal approached the station’s doors. Officers titled the video “Squirrel Training.”

“In 2019 we’re upping our training game,” the video’s caption reads.

“This video is a test of our officer’s ability to handle disorderly subjects who come in to the police department. We were inspired by Rocky chasing a chicken, because ‘if you can catch a chicken, you can catch greased lightning!’ – right?”

In the 47-second clip, a woman is heard instructing the officer to close the door. The woman is heard laughing as the animal bounces around the lobby of the building.

“If you can handle a squirrel, you can handle, well, we don’t know, that’s why we’re training!” officers wrote alongside the photo. In the comment section, officials clarified: “The officer isn’t standing on the chair because he was scared, BTW. It’s a police ‘tactical approach’….”

Soon, the squirrel was shown bouncing high on the department’s walls as police and staff laughed. The footage has been viewed 832,000 times and social media users have taken to the post’s comment section to applaud the officers for their sense of humor.

As for the squirrel, all ended well

“Mr. Squirrel made it out just fine and was not injured,” officers wrote alongside the video. “Our officers on the other hand, they are seeking counseling.”

McHenry police did not immediately respond to a request for comment from PEOPLE.

Four decades on, Cambodia reflects on its 'Killing Fields' nightmare

'The Worst Of The Worst!' Kevin Spacey Slammed By Brother As 'Sex Pervert'
World News