A magical beginning! In Us Weekly‘s exclusive clip of this week’s Dancing With the Stars Disney Heroes Night intro, the participants headed to Disneyland to set the mood for their one of a kind performances.

In the video, each pair is happily dancing to the song “Zero to Hero” from Disney’s Hercules. Amanda Kloots and Alan Bersten show off their moves in front of Mickey Mouse’s house, while Matt James rocks a Goofy hat alongside Lindsay Arnold.

Jenna Johnson and JoJo Siwa performed their routine in front of the King Arthur Carrousel in Anaheim, California. Meanwhile, Brian Austin Green and Sharna Burgess strutted their stuff in the middle of the legendary park.

Their sweet performance comes after Burgess, 36, exclusively told Us that she considers their off screen relationship a “disadvantage” when it comes to their partnership on the ABC competition show. 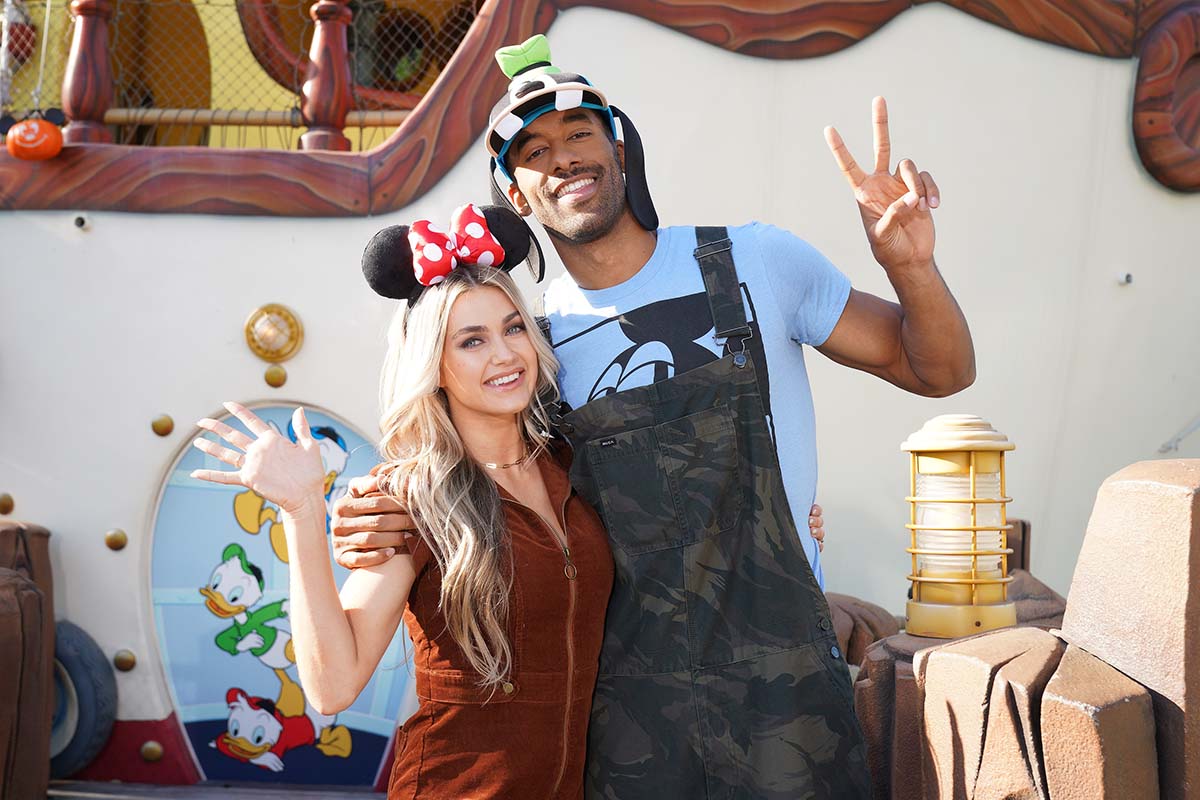 “We have this sensitivity when minding each other’s feelings. We want to make sure our relationship is good outside of it,” she shared with Us on Thursday, October 7. “That’s always going to be a priority for us.”

Although the duo, who started dating in December 2020, have gotten safe scores so far for their DWTS performances, Burgess admitted that it wasn’t easy for them to show off their chemistry on screen.

“People are expecting this intense chemistry all the time on the dance floor,” the Australia native explained to Us. “And if it’s not there, then people are like, ‘They don’t have chemistry.’ Dance is so different. … We are doing our very best with it.”

Looking ahead, the professional dancer hoped to not let outside criticism affect her as much.

Every ‘Dancing With the Stars’ Pro Who Has Left and Why

“I’ve noticed that I take judges’ comments even more personally this season. Because, like, I want to defend Bri ’cause he’s my man,” she noted. “Normally, any other season, I’m like, ‘Got it, cool. We’ll work on that. No worries.’ … [Now], I’m just like, ‘I disagree. He did so good.’”

Another participant who didn’t expect to face such pressure during season 30 of DWTS was Melora Hardin, who recently detailed to Us the adjustment period that she had to go through with the choreography.

“I knew that I was taking my body [to another level], but I wasn’t sure how much [of an] emotional toll it would take,” the Bold Type alum, 54, told Us last month. “I think that it’s just, you know, the schedule is very tight. I haven’t had a day off since I started.”

‘Dancing With the Stars’ Salaries: How Much Do Contestants and Pros Make?

Hardin, who is partnered with Artem Chigvintsev, admitted that she is always thinking about how to best perform her dance numbers every week.

“I am a hard worker and Artem is too. So, we both work hard, and we work well together,” she added at the time. “We’re really both [very] committed. But I can’t sleep very well because I’m doing the dance in my head every night. It’s difficult to try to figure out the pace. … Right about the time you get it, you gotta learn something new that you’ve never had before.”

To see all the DWTS pairs’ stunning performances at the happiest place on Earth, watch the exclusive video above!

Dancing With the Stars Disney Night will air on ABC Monday, October 11, and Tuesday, October 12, at 8 p.m. ET.