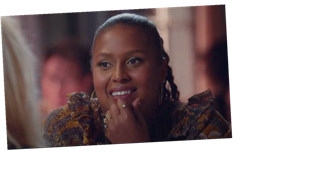 Deva & Maria Have Definitely Kept In Touch After ‘Dating Around’

One of the most compelling people on Dating Around Season 2 is Deva Mahal, an R&B singer who embodies the life and soul of New Orleans (and whose father just so happens to be famed blues singer Taj Mahal). It’s been about eight months since Netflix filmed the show, and it’s not clear if Deva is still with Maria, the local artist she picked to go on a second date with. But the two have definitely stayed in touch.

When Deva revealed that she’s on the show in a June Instagram post, Maria commented "I can’t wait to see this!!!" with the sparkle and smirk face emojis. The women also both follow each other, so they’re clearly at least friendly.

Beyond her personal life, Deva frequently shares her music and activism on Instagram — particularly amid the nationwide protests against systemic racism and police brutality. "You have to act as if it were possible to radically transform the world. And you have to do it all the time — Angela Davis," Deva posted on Jun. 8, along with a video of the thousands of people who marched in Los Angeles.

Deva also recorded an "at home edition" of her song "Fire" in support of the protestors. "If there is NO justice. There is NO peace," she wrote under the video. "Today, this song meant something VERY different to me. So today, I made this video to show my love and support the best way I am able."

If you’re a fan of music, art, and activism, both Deva and Maria are worth following on Instagram — whether or not they’re still together. After all, who doesn’t need more R&B and colorful sleep masks in their lives?

Keke Palmer Tells Jimmy Kimmel “We All Need To Come Together”; Talks Her Powerful Moment With The National Guard