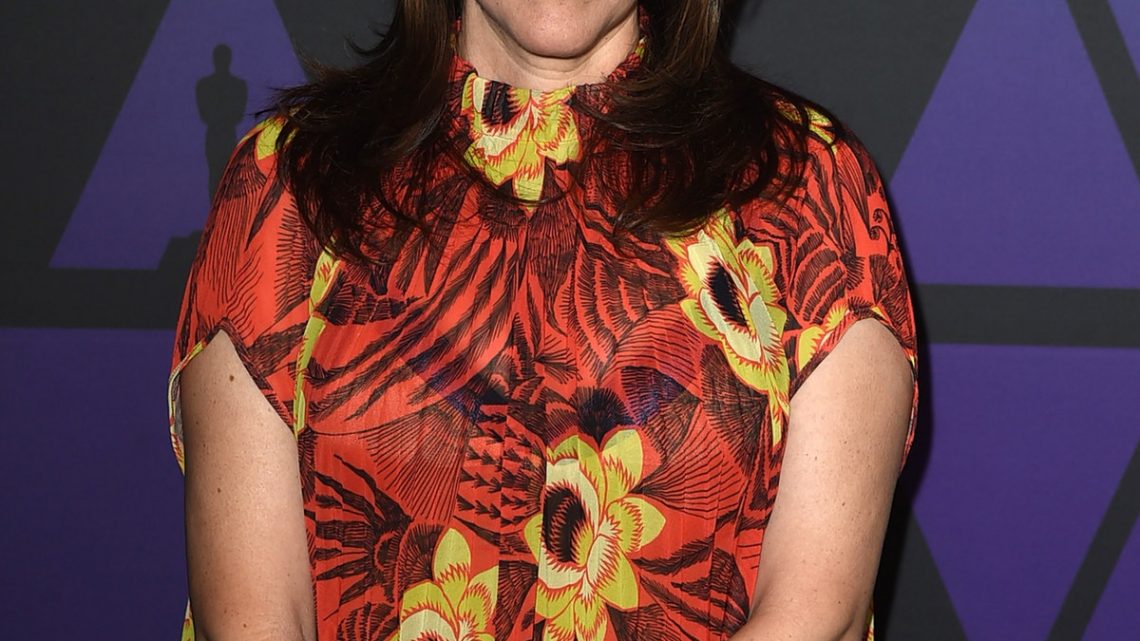 ‘Destroyer’ Director Karyn Kusama Is Done Being A “Self-Perfecting Girl”

In Destroyer, a brutal modern noir out in theaters now, Nicole Kidman plays Detective Erin Bell, a woman who’s hardened beyond recognition by a tragedy that unfolds in flashback throughout the course of the film. It makes for a subversion of the standard male noir archetype, but it’s not exactly a trajectory to aspire to. Destroyer director Karyn Kusama has experienced her share of Hollywood hardships and professional setbacks, but she’s taken a different approach to bouncing back than her latest protagonist.

"It took me a while to understand that I don’t need to have every answer," she says when we meet at the Savannah Film Festival in October of last year. "I don’t need to always appear to be completely in charge because the fact is, there’s so many factors out of my control, that the way [in which] I’m a good leader is to handle what’s out of my control with some grace and dignity."

In a panel with several other filmmakers earlier that day, Kusama, who also helmed Girlfight and Jennifer’s Body, spoke about the stereotype that all directors be hard, unyielding, and all-knowing. She tells me that The Invitation, her 2015 thriller about a dinner party gone horribly wrong, taught her how harmful that assumption is. And at that point in her career, she says, she didn’t have the strength or desire to "keep up that performance of over-competence." 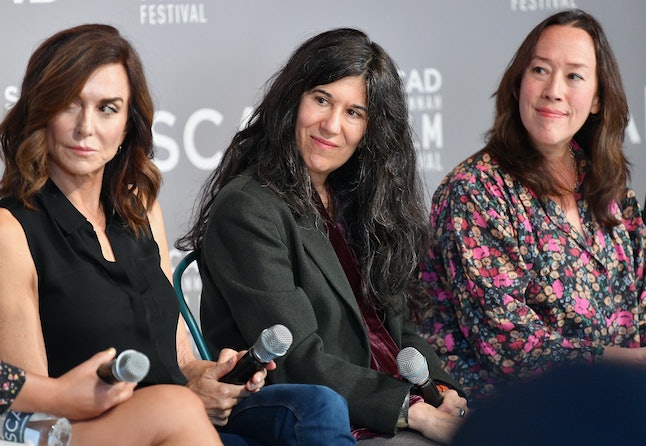 "I need to listen to my collaborators. I need to watch what’s happening in front of me, and make some decisions about what I’m really seeing," she says, summing up The Invitation‘s transformative rehearsal process. "And that made me, I think, just more open to this idea of vulnerability. I don’t need to be bulletproof, I just need to be a good listener."

Kusama made a splash in the industry with her first feature Girlfight in 2000, around the same time as Patty Jenkins (Monster), Catherine Hardwicke (Thirteen), Kimberly Pierce (Boys Don’t Cry), and other independent filmmakers. While some first-time women directors struggled to get their next job, despite the success of their debuts, Kusama booked a major studio release: Æon Flux, a sci-fi vehicle for Charlize Theron, based on the animated MTV series. The director told Deadline that Paramount, the studio releasing Æon Flux, had two changes of the guard in terms of executive control during the course of that project. That resulted in Kusama losing creative authority over the film, which was a critical and financial disappointment.

While that kind of creative crisis might lead someone to dig their heels in, prioritize their own vision, and decline the input of others, that wasn’t the conclusion that Kusama came to. It was devastating to her at the time, but she’s able to look back on that experience with a new perspective. Delving back into the art form required the director to "let go of [her] ego," Kusama says.

"I think I literally drank 10 vodka tonics at the premiere and sat at the throne of the toilet all night to ingest and regurgitate and get rid of that process," she says with a laugh. And getting back into the game took some time. "I needed to be reading and burrowing and reminding myself what is actually meaningful to me about making movies. In a funny way, kind of giving up for a minute and sort of letting go of this idea of success helped me move onto the next project, and move onto the next project."

In 2009, Kusama’s collaboration with Juno screenwriter Diablo Cody, Jennifer’s Body, arrived in theaters. It only grossed just over $16 million at the U.S. box office, but in years since, has blossomed into a cult classic. In a recent interview with Buzzfeed, Kusama and others involved in the film explained in excruciating detail the reductive, misogynistic framing the inherently feminist horror-comedy received — marketing that played up star Megan Fox’s sexiness instead of enticing teen girls with its gory wish-fulfillment tale of a vengeful, high school succubus taking out weak men. Try not to seethe at this response the director claimed she received to an email taking issue with artwork that fetishized Fox’s character:

"‘Jennifer sexy, she steal your boyfriend,’" Kusama quoted to Buzzfeed. "As if a caveman had written it. So that’s what we were dealing with.”

Speaking to Kusama in 2018, on the other side of these frustrating developments that were mostly out of her hands, she’s remarkably zen about it all. "The outcome is always the furthest thing away from your control, in my opinion," she says, which is something she unfortunately had to learn the hard way. She’s come to understand that the joy of doing her job is "relaxing into chaos," because, in the best case scenario, that ever-present chaos might even be fruitful.

Kusama isn’t so much resigned to the fact that there are many, many other hands besides the director’s involved in any given film as much as she is at peace with it. Overcoming the struggles that she did made it necessary for her to fall back in love with making movies, including the moments where everything goes wrong. "I think I was trained to be a certain kind of self-perfecting girl," Kusama says, "and that hasn’t done me any favors. So I’m interested in breaking that model and creating a new one."

She’s also redefining success for herself, in a way that pushes against the Hollywood hierarchy as we know it. "I have colleagues and friends who want the biggest movies, the splashiest titles, the biggest budgets — and more power to them, if that’s what they want," Kusama explains, "if they want to take on the attendant crisis that comes with those particular components. I realize, for me, success looks like creative authority and having final cut and getting to make the next movie." It’s a "simple bar," she says, but one that requires a lot of work and determination to clear. 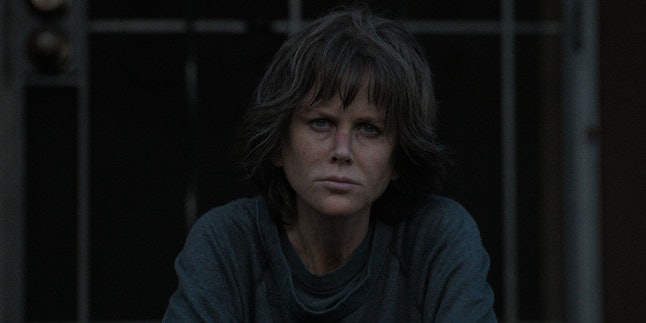 Destroyer isn’t big-budget, and there’s not a comic book character in sight. But it’s the movie that Kusama wanted to make with the people she wanted to make it with, including the screenwriting team of Phil Hay (her husband) and Matt Manfredi, and Kidman, playing a role the likes of which she’s never played before. ("She’s so curious, and she’s such a risk taker," the director assesses of her leading lady.) By Kusama’s criteria, it’s already a major success.

It’s clear that the director has spent a lot of time turning past defeats into new motivations, so I ask her what she would tell her younger self if she could: "I wish I had a little more savvy and shrewdness to understand that making art and putting dreams up on the screen … is tricky, personal, highly charged work to be doing. And there are going to be times where it kind of breaks your heart," she says. "I don’t think I anticipated how deeply it could happen, and I didn’t anticipate how strong I would be when it did."