Home » Lifestyle » Denver’s Lakeside Amusement Park is a treasure. Here’s why we love and you should, too 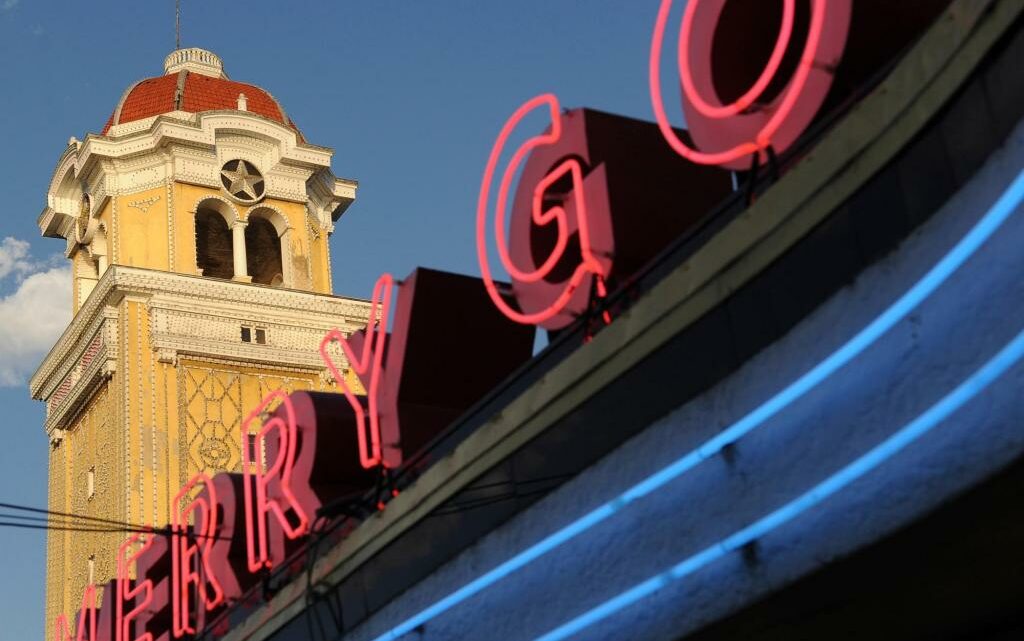 Denver’s Lakeside Amusement Park is a treasure. Here’s why we love and you should, too

Each year around this time, my son asks me when Lakeside Amusement Park is going to open. I worry if it’ll open at all.

Now 9, he’s held every possible birthday party he could at the northwest Denver theme park, which is actually part of a tiny town named Lakeside. The park is famed these days for its affordable tickets and history, but also its peeling paint and half-open rides. Picnics abound.

Even when it seems in distress, I love Lakeside for the same reasons many do: a family of four (like mine) can enjoy a day’s worth of fun for much cheaper than, say, Elitch Gardens or Water World. Apples to oranges, perhaps, but comparable for the little kids’ experience. Shorter lines, too.

Located at 4601 Sheridan Blvd., Lakeside opened in 1908 as White City and has evolved into a park with unique attractions, like the still-thrilling Cyclone (running since May 17, 1940), and a series of frozen-in-time Art Deco and Modern makeovers. Legendary architect Richard L. Crowther left his sleek marks and, incredibly, the park has only changed hands twice over its 114 years, according to Denver Public Library’s Western History archives.

That would explain the feeling of continuity — and why Lakeside’s train leisurely wraps a body of water, visible from Interstate 70, called Lake Rhoda. It was dad Ben who rescued the park. You can almost see his Denver looking back from the far side of the lake, the neon so bright it blots out the modern world. The Wild Chipmunk coaster, a dozen-plus kiddie rides, boardwalk games, tens of thousands of twinkling lights, mini-boats, a 140-foot drop tower, a time-warp carousel, and Ferris wheel (reopening this season, I hope).

It’s a fading mark of old Denver — proudly ungentrified, popular with diverse, working-class families, and at arm’s length from the present. Some may find it gritty, others nostalgic. They’re all welcome there.

In a Mile High City beset by unaffordable housing, dense traffic and all kinds of social and political tension, I can’t think of a better respite than watching the sun sink over Lakeside’s docks on a summer evening, popcorn and happy screams in the breeze. My son can’t, either.

Lakeside Amusement Park is scheduled to open on May 14. Visit lakesideamusementpark.com for more information.

Subscribe to our weekly newsletter, In The Know, to get entertainment news sent straight to your inbox.