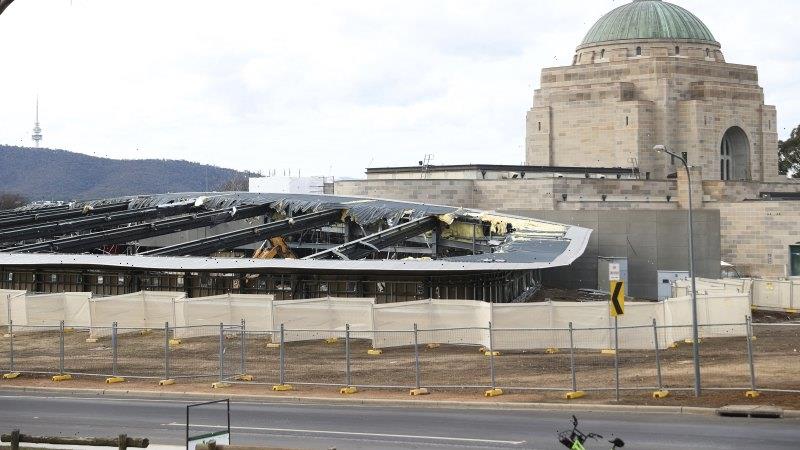 Demolished building to be recognised in new War Memorial displays

The $500 million redevelopment of the Australian War Memorial will include a special display about the award-winning building being knocked down to make way for new exhibition spaces.

The demolition of the 20-year-old Anzac Hall is one of the most controversial aspects of the project, which is set to nearly double AWM’s gallery space. 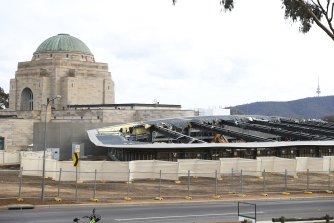 The Australian War Memorial’s Anzac Hall is being demolished to make way for a larger exhibition building.Credit:Alex Ellinghausen

AWM staff were advised to tell people that options other than knocking down Anzac Hall had been rigorously examined, documents released to The Sydney Morning Herald and The Age under freedom of information show.

Three sets of “key talking points” given to staff say Anzac Hall – which is being demolished as part of approved early works – was not extendable and no longer fit for purpose.

If asked why AWM couldn’t develop another site, such as its storage centre in Canberra’s north, staff were advised to offer a “quick answer” that using that space to tell the stories of recent conflicts “would be to diminish them, even to make them ‘second class’ ”.

An “easy explainer” developed in July 2020 for staff who didn’t have time to read the more than 600 pages of project documentation shows AWM planned to make a 3D scan of Anzac Hall and photograph it extensively before its demolition. It intends to display the history of the original Anzac Hall in the replacement building.

The AIA has campaigned against its removal on the basis that significant public buildings shouldn’t be demolished if they still have a useful life. Its submission to the National Capital Authority’s consultation on its demolition said it was extremely likely Anzac Hall would have obtained a heritage listing in its own right.

Other opponents to the development, including former AWM directors Steve Gower and Brendon Kelson, have argued it is unnecessary and the $500 million would be better spent on services for veterans.

Talking points prepared ahead of Senate estimates hearings addressed these arguments, advising that the “vocal opposition” came from a small number of organisations, institutions and individuals and the funding did not come at the expense of investing in veterans’ benefits and services.

“It is important to tell these stories now, even in the midst of a global pandemic, because we owe it to those who have served and those who are serving today, to keep us safe and to remember ‘what they have endured and what they have done for us’,” the talking points say.

An April briefing on how to address concerns about the removal of trees during the development suggested posting a statement on AWM’s website with a photo of the building from July 1945 showing no trees on its grounds.

The AWM documents confirm visitors will have to access the institution via temporary side entrances during the three years of construction and its theatre and function space will be closed throughout.

Table tennis: Eight years after starting poly, Clarence Chew has yet to graduate but he's going to Tokyo Olympics