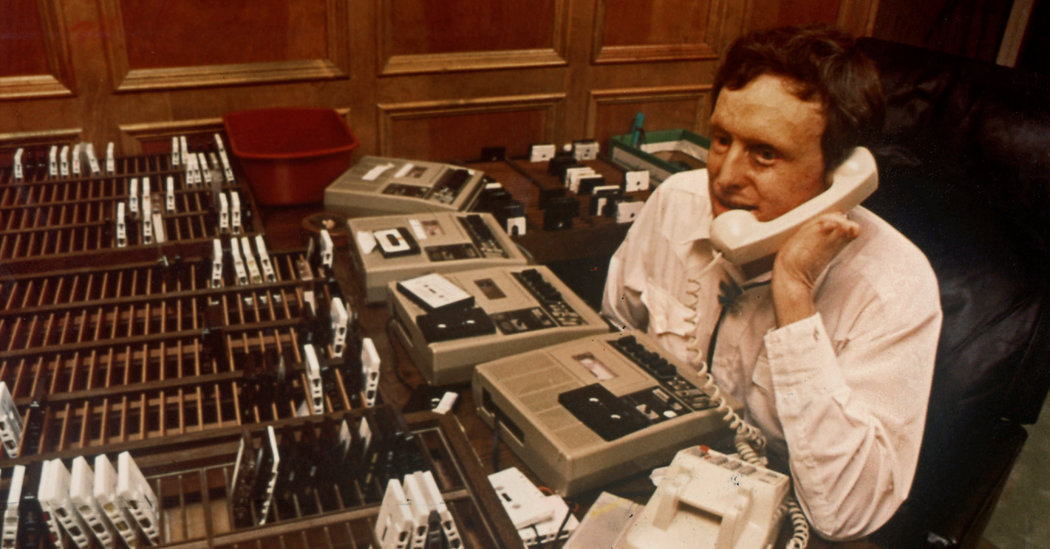 Dax Cowart, Who Suffered for Patients’ Rights, Dies at 71

Dax Cowart and his father, Ray, were ready to drive home on July 25, 1973, after inspecting some land that Ray had hoped to buy in East Texas, but their car would not start.

Dax tried the ignition again, and again, hoping to coax the engine to life. His father got out and opened the hood. All the while, they were unaware that a propane pipeline ran beneath the dry riverbed where they had parked, and that it was leaking.

When the engine finally sparked, the propane exploded, engulfing both men and the surrounding area in flames. Ray Cowart collapsed, and Dax pulled himself out of the car and ran for help, sprinting almost a half-mile through walls of fire before encountering a farmer and the farmer’s nephew, who ran to call ambulances.

Dax, in agony from the burns covering most of his body, had a request for the farmer.

It was the first of many times that Mr. Cowart, who was 25 then, would beg to be allowed to die.

His father died in an ambulance, and Dax was taken to a burn ward at Parkland Memorial Hospital in Dallas and later to one in Galveston, where doctors tried to save him with often excruciating treatments.

Mr. Cowart, however, had instructed doctors, nurses and anyone else who would listen that he did not want to be treated for his injuries. He simply wanted to die.

His doctors ignored his wishes, and Mr. Cowart survived, severely disfigured and disabled. But their refusal set him on a course to which he would devote his life.

He became a lawyer and a prominent patients’ rights advocate. In the face of what he saw as medical paternalism, he argued that patients should have more autonomy over what treatments they receive and a choice in whether they even receive any treatment at all.

In this he joined an ethical debate that led him to lecture at graduate schools, bioethics conferences and hospitals. His story inspired a book of medical and philosophical essays by others under the title “Dax’s Case.” Articles about him were published. The ABC News program “20/20” did a segment about him. And he was the subject of documentaries, “Please Let Me Die” (1974) and “Dax’s Case” (1984).

Mr. Cowart died on April 28 at his home in Fall Brook, Calif., at 71. His wife, Samantha Berryessa Cowart, said the cause was complications of leukemia and liver cancer.

There have been many high-profile cases associated with the right-to-die movement, but Mr. Cowart’s was one of the earliest to gain wide public notice. In time he found common cause with that movement but insisted that his focus was broader than that.

“I’m not advocating that people choose to die,” he told students at Texas A&M University in Corpus Christi in 1998, as quoted in a five-part series about Mr. Cowart in The Baltimore Sun that year. “So many people want to cast me as the right-to-die advocate. And that’s only half the equation. I’m an advocate for individuals to decide for themselves.”

Some of Mr. Cowart’s doctors thought that pain and drugs had clouded his mind, leaving him unable to make sound decisions about his treatment.

“I didn’t feel his reaction — ‘I want to die’ — indicated what he really wanted,” Dr. Charles Baxter, an innovator in burn treatment who oversaw much of Mr. Cowart’s care (in 1963 he had tried to save President John F. Kennedy’s life at Parkland Memorial), was quoted as saying in The Sun. “He sort of was like the child who doesn’t want the shot but then holds out his arm to get it.”

Mr. Cowart’s mother, Ada, and the Cowart family lawyer, who were in charge of his care, wanted him to continue treatments, even after Robert B. White, a prominent psychiatrist, declared that he was mentally competent. 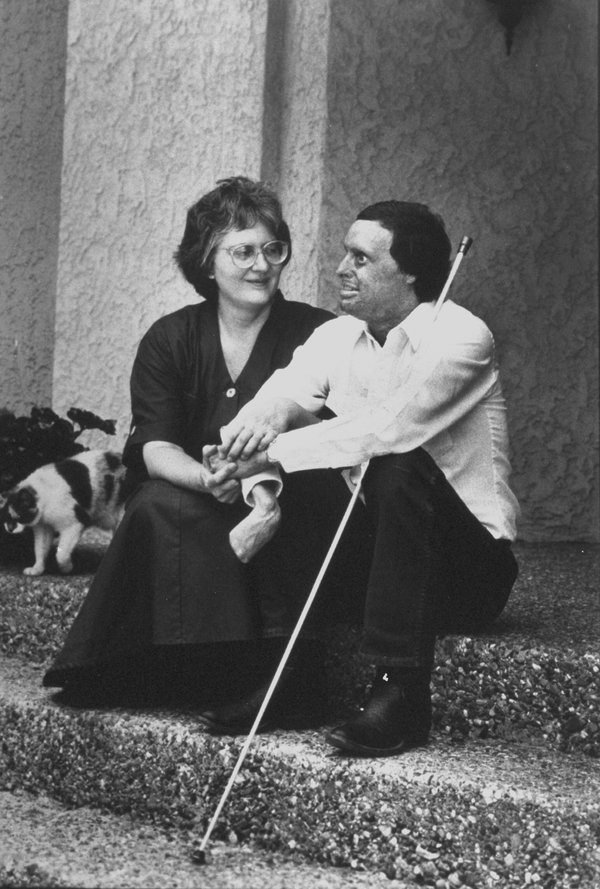 Mr. Cowart said in the film “Dax’s Case” that he felt the worst pain when doctors submerged him in a tank filled with bleach solution, then a common technique to disinfect burns that covered most of a body.

“Even though they gave me very heavy doses of morphine before the tankings, it was still as if alcohol was being poured over raw flesh,” he said.

Mr. Cowart lost both eyes, most of his nose, lips, eyelids and ears and all of his fingers, except for a portion of his left thumb. After multiple surgeries and skin grafts, his face was reconstructed, along with blue plastic eyes. After 14 months of hospitalization, he was released into his mother’s care.

To Mr. Cowart, who had played football in high school, ridden in rodeos and flown for the Air Force as a pilot in the Vietnam War, the prospect of a disabled life was nearly as daunting as the pain. He endured years of depression and severe sleep problems. He twice attempted suicide.

“I had to depend on someone for practically everything I did, and I felt more or less like a caged animal,” he said.

But he overcame his hopelessness and found a mission in trying to persuade doctors to demonstrate greater respect for their patients’ wishes.

Dr. Bill Winslade, a professor of philosophy in medicine at the University of Texas’s Institute for Medical Humanities in Galveston and a friend of Mr. Cowart’s, said in a telephone interview that Mr. Cowart was “such a warm person and such a good listener” who expressed his ideas “articulately and in a powerful, positive way,” adding that he had influenced many young doctors in their approach to patient care.

“They’ve often said that hearing Dax for a couple hours and seeing the films that we showed them had a major impact on their role as a physician,” Dr. Winslade said.

Donald Herbert Cowart was born on Dec. 16, 1947, in Henderson, Tex. His father was a cattle rancher and real estate agent, his mother, Ada (Triplett) Cowart, a teacher. He graduated from Henderson High School, where he played tailback on the football team, and earned a bachelor’s degree in finance from the University of Texas at Austin before enlisting in the Air Force.

Mr. Cowart had flown cargo planes in Vietnam and was in the reserves looking for work as a civilian pilot when the explosion happened. He changed his name to Dax after the explosion because the name was easier for him to hear.

Becoming a lawyer took Mr. Cowart many years. Blind and without fingers with which to read Braille, he had to study by listening to recordings of case law and lectures and relying on his memory.

He earned his law degree from the Texas Tech University School of Law in Lubbock in 1986, had his own practice for a time and worked as a consultant for law firms. In 1998 he won a $7.5 million verdict in San Diego, Tex., for a woman who had been paralyzed after she fell through a floor while cleaning a house.

He married Samantha Berryessa, a lawyer, in 2003. Two earlier marriages had ended in divorce. In addition to his wife, he is survived by a sister, Elizabeth Roach, and a brother, James.

Even after leading an accomplished life, Mr. Cowart continued to believe that it did not justify his being forced into treatment.

“I’m enjoying life now, and it feels good to be alive,” he said at the end of “Dax’s Case.” “I still feel that it was wrong to force me to undergo what I had to to be alive.

“To make this clear,” he added, “if the same thing were to occur tomorrow, and knowing that I could reach this point, I would still not want to be forced to undergo the pain and agony that I had to undergo to be alive now. I would want that choice to lie entirely with myself and no others.”

'Jojo Rabbit' is More of a Drama Than a Comedy with a '10-Year-Old Kid's Version of Hitler', According to Taika Waititi
World News