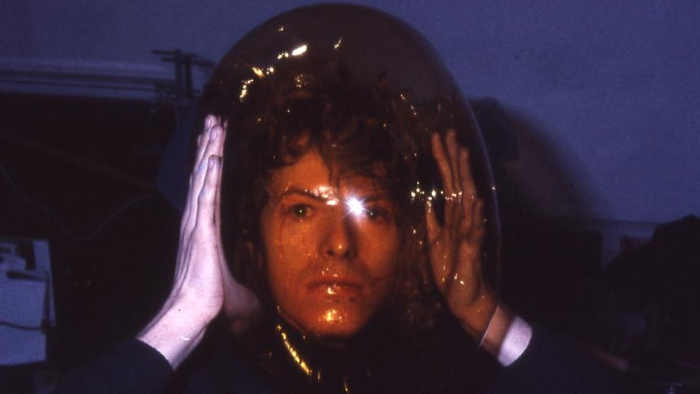 Francis Whatley said making “David Bowie: Finding Fame” – his third film about the rock star – has given him a chance to tell the story of the singer’s earlier years, which was previously denied him. But the race is on to restore what is believed to be the first TV footage of Bowie as Ziggy Stardust and get it into Whatley’s film before it airs Feb. 9 on the BBC.

Spiders From Mars band member Mick “Woody” Woodmansey, Bowie’s cousin and friend Kristina Amadeus, and former girlfriends Dana Gillespie and Hermione Farthingale, all of whom feature in the film, were among those at an emotionally charged London screening of “David Bowie: Finding Fame,” which chronicles the iconic rock star’s early years and music and attempts to find stardom.

Whatley had wanted to cover Bowie’s efforts to break through when he was making an earlier documentary series, “The Seven Ages of Rock,” but was rebuffed. Programming execs have since changed their tune.

The 90-minute documentary traces the star’s early years, featuring hits such as “Space Oddity” and “Star Man” and lesser-known earlier work. There’s footage from a famous 1973 gig in Hammersmith, West London, when Bowie announced that it was Spiders From Mars’ last show, and rare audio from a 1971 Glastonbury performance.

But efforts to include 1972 footage of Bowie as Ziggy Stardust on ITV music show “Lift Off With Ayshea” will go down to the wire until the documentary’s debut on BBC Two on Feb. 9. The footage was believed lost but has been recovered. “All I can say [is] it is being restored as we speak,” Whatley said. “I’m hoping the ‘Top of the Pops’ performance of ‘Star Man’ will be replaced by ‘Lift Off With Ayshea’ before we transmit.”

Whatley’s new film covers lesser-known territory than its two predecessors. “I was delighted the BBC gave me the opportunity to do this period because I think it is a lost period and it is really, really good. It’s not lost for a good reason,” the director said. “I think it stands up and makes sense of everything that went after.”

The previous two films featured such songs as “Rebel Rebel” and “The Jean Genie,” which are instantly recognizable to legions of music fans. “They are more familiar with that territory. Most of the audience don’t know ‘London Boys,’ don’t know ‘Let Me Sleep Beside You,’ don’t know ‘All the Madmen,’ and possibly don’t know ‘Letter to Hermione,’” Whatley said of the tracks in the latest film. “In that way I think it’s more difficult. In narrative terms it’s quite easy, because it’s [about] a man trying to make it. It’s a man picking himself up off the floor.”

Although not an authorized film – “David never really wanted a film about him,” Whatley said – BBC head of Music TV commissioning Jan Younghusband said Bowie had written to the broadcaster after the first film expressing approval, which gave it the confidence to order the two further films. His relationship with the BBC was not always so smooth, with footage in “Finding Fame” showing its executives dismissing Bowie as an “amateur-sounding vocalist” after an early audition.

The film examines Bowie’s relationship with girlfriend and muse Farthingale. She was asked at the screening how she had felt upon hearing Bowie’s song “Letter to Hermione” after the couple had split. “It wasn’t a letter that had a stamp on it and demanded an answer – it was rhetorical by that point,” she said. “Everything David writes has extraordinary acuity and a precision and he puts things absolutely beautifully and spot-on. So for that, of course, I appreciated it.”

Israeli PM Netanyahu 'cannot cling on to power much longer'