Dark urges for retribution reveal more about ourselves – I would know

During our recent house sale, when the buyers got pushy – demanding we include items that were not part of the deal, threatening to lower their agreed offer – I joked with my family that I would sew fresh shrimps into the hems of the blinds we left behind. Then I’d take some bleach and write something rude on the back lawn, have the grass slowly die after we’d gone, revealing our parting message. We laughed a lot about what the wording should be. But we were only blowing off steam. It’s not like I would ever have gone and done it. 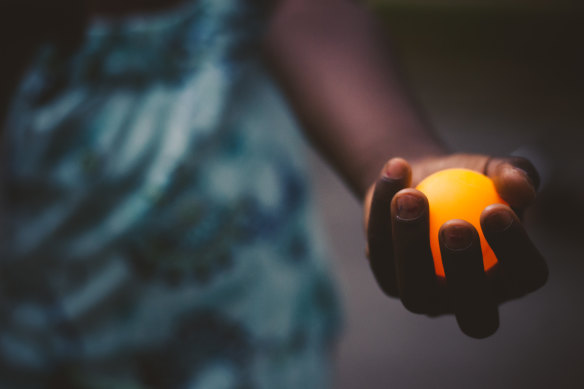 It is that sour, lingering aftertaste that likely, subconsciously, prompted me to write a book about revenge, writes Julie Mayhew.Credit:Stocksy

I am not someone who takes revenge. I stand by Michelle Obama’s famous wise advice: “When they go low, we go high.” But it is precisely this stance, this rejection of my tit-for-tat impulses, that leads me to be fascinated by people who do believe in the dishing out of just desserts.

Like Liv, the protagonist of my novel Little Nothings. When unfairly ousted from a group of friends, she does not scurry away to lick her wounds but bites back aggressively. By embracing this dark urge for retribution within the safe confines of fiction, I thought I would get my first taste of self-administered justice.

What I did not anticipate was a rush of memory. Specifically, the memory of a bouncy ball: a fistful of orange rubber much bigger than any marbled glob you could buy for a few pence at the newsagents across the road from school. A ball that when thrown against tarmac rebounded astoundingly.

I was four years old, just starting out at my local primary school, where an informal tradition had each of the elder girls adopt a new-starter to be their “baby”. I wish I could remember the selection process: had there been a line-up, or were we plucked unsuspecting from the playground, like swaddled infants carried away in the beaks of eager storks? I suspect the latter.

Each of my classmates walked off under the care of a nice girl amid a swish of long, neat plaits and chatter about ballet and horses. I was seized by a “mummy” with hair so short it had surely been shaved that way – a response to unceasing outbreaks of head lice, perhaps. She wore a long, strange cardigan that didn’t fit.

But it is precisely this stance, this rejection of my tit-for-tat impulses, that leads me to be fascinated by people who do believe in the dishing out of just desserts.

This unnerving appearance might have meant nothing if she had been kind. But I wasn’t chosen as her “baby”; I was her hostage. Lunch times were spent in her suffocating grip on one of the wooden benches recessed within the sour-smelling bushes, while she and her friend, a boy with a shock of curly hair, whispered things into my ear that set me rigid. I thought only of escape.

Respite came when the curly-haired boy instigated games of throw and catch against the wall of the infant block (once he’d cleared it of girls doing handstands, that is, by pulling down their skirts and sending them running). His games drew a large crowd of competitors, all eager to lay hands on his most treasured possession: that orange bouncy ball.

There was less sport to these games more scrimmage, which meant one day, when a pitch ricocheted wildly in my direction, I was able, amid the scuffle, to pick it up unseen. “Where’s it gone?” the curly-haired boy demanded. His voice was desperate. “Where’s it gone?!”

The idea formed itself in an instant. I clutched that fistful of rubber behind my back and pretended, like all the others, that its disappearance was a mystery. My skin prickled with danger, with the possibility I was only making my situation worse. But the boy and his friend had stolen me, stolen my joy of school, and here was a chance for me to steal something back.

Once home, I imagined enjoying that brilliant ball all to myself, but one toss of it against the pale brick of our bungalow and Mum was there, insisting that I tell her where it had come from. An inquisition followed: me, seated on the centre cushion of the sofa, squirming, the slubby green fabric rough beneath my thighs; my parents standing over me, arms folded.

“Did you steal that ball?” they asked. I froze. I was a good girl, and good girls did not lie. But I had no vocabulary to explain why this was not a case of theft, it was justice. “No,” I told them. “I found it.” They knew I was lying. And I knew I was not a good girl after all.

My school-ground “mummy” and her curly-haired friend relinquished their grip on me, fearful maybe of what I might steal next, but I retained no sense of victory. I hid the ball at the back of our spidery shed and tried not to catch sight of it whenever I fetched my bike, else I be revisited by sickening guilt.

It is that sour, lingering aftertaste that likely, subconsciously, prompted me to write a book about revenge. I was after a different ending to my own story perhaps, one where my two school-ground captors are forced to look back at their actions with shame; a version where I no longer cast myself as the villain.

The spidery shed is long gone but the ball could have survived, migrating into my dad’s garage. Should I glimpse it again, I’ll see it as a souvenir of a time when I was clever, courageous. It’s a too-late forgiveness of my younger self but still, let there be some justice in that.

Little Nothings (Bloomsbury) by Julie Mayhew is out now.

Can it get any worse for the Victorian Liberals? Yes, it can
World News