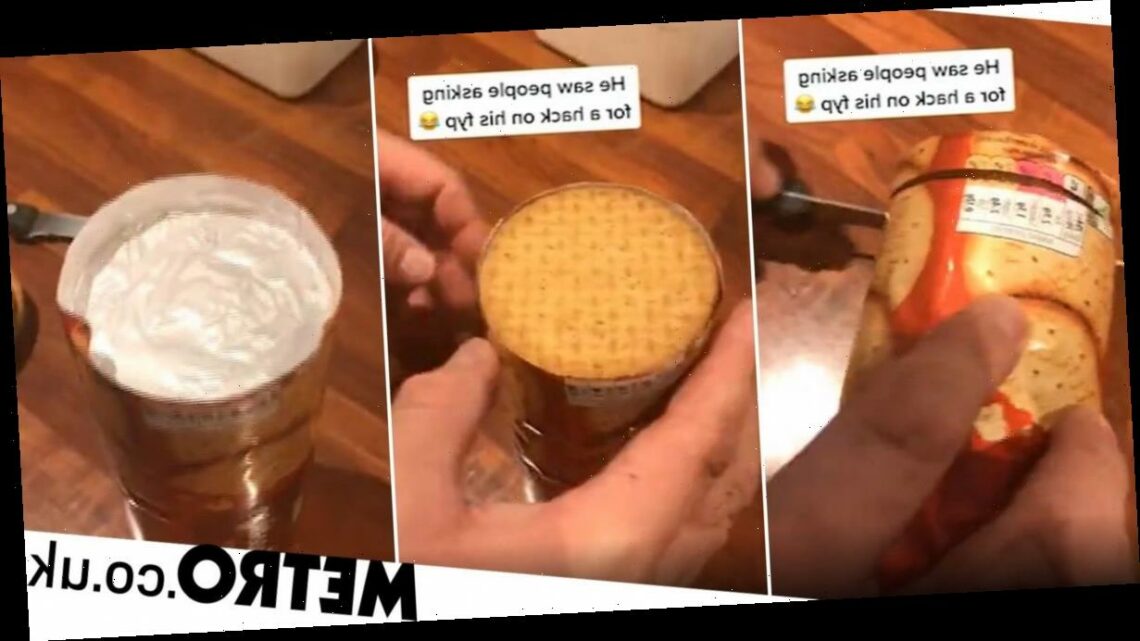 No one wants to open their packet of biscuits to find the top one has gone soft.

Of course, you can twist the packet but it takes a while to eat enough biscuits to do that.

So one dad has come up with a hack to help keep the treats fresh the minute you open the packet.

His daughter Jade Hall posted a video of the tip on her TikTok, showing how he cuts the packet at the top, takes the biscuits out of the cut section, plus one on top and then turns the cut piece upside down and slides it on top of the rest of the packet.

Every time he wants a biscuit, he can remove the ‘lid’ he created, take one out and then put it back on again.

The video has been viewed over 1.1m times and while some people said they’d tried the hack before, there were plenty who’d never thought of it.

One person said: ‘I did this at my boyfriend’s house once and it blew his mind.’

Another pointed out that you could use the red tape on the packet rather than a knife like Jade’s dad.

He said: ‘That’s what the red stripes for. You pull it, the top comes off and uses it as a lid. I’ve done this for years. It works with loads of stuff.’

‘Didn’t anyone else do this? My grandad has been doing this for years. I thought every one knew,’ another added.

Another said it was a game changer for her.

‘Omg wow. Never thought of that! I wrap it in cling film,’ she said.

Christina Milian Stuns In Sexy One-Piece Swimsuit & Proudly Shows Off Her Birthmark: ‘I Was Born With It’

Mike Tyson can thrill boxing world again aged 54 if he is as dedicated to comeback as Tyson Fury, says Ben Davison
World News