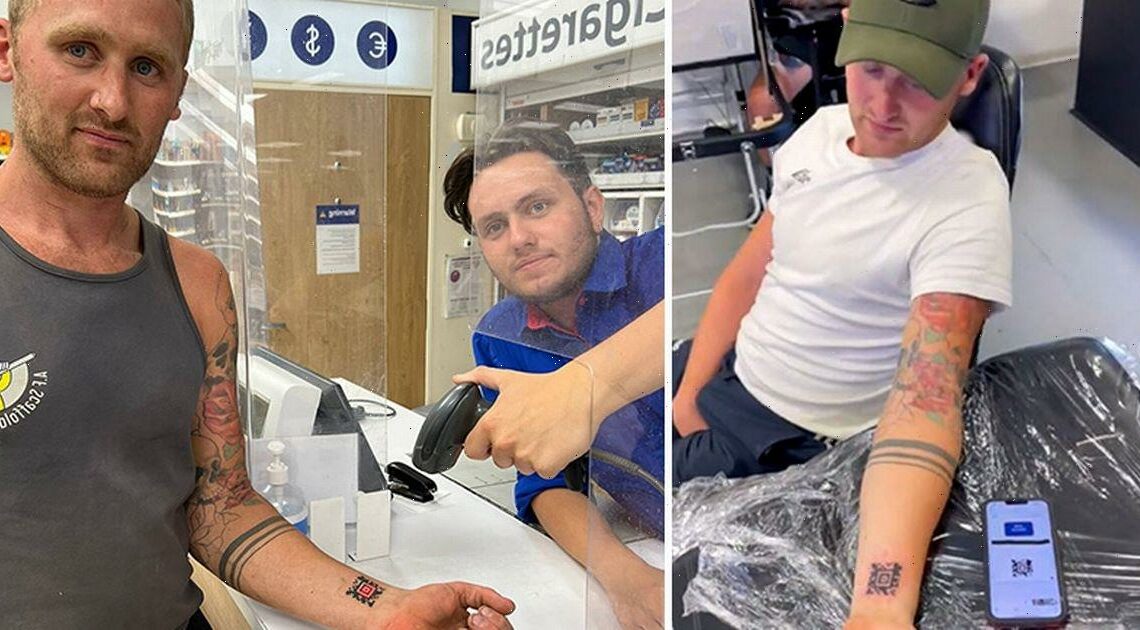 A scatty Tesco shopper grew tired of forgetting his Clubcard – so got the QR code permanently tattooed onto his wrist.

On Saturday (July 16), Dean Mayhew spent £200 on the black and white inking at A Star Tattoos in Chessington, south-west London.

A video shows Dan Rossetter stencilling the code onto a sheet of paper before transferring it on to the 30-year-old scaffolder's wrist.

READ MORE: Woman gets knife tattoo on hand but is horrified when it turns out 'awful and backwards'

The 39-year-old tattooist had to be very meticulous with the needle in order for the intricate QR code to scan properly at the supermarket.

To see if Dean's plan worked, the pair went to their local Tesco after the session was complete.

Their attempt to get a discount on cookies at the self service tills failed as Dean couldn't bend his arm to make the code scan.

Dean, from Horsham, West Sussex, enlisted the help of a cashier to scan the QR code.

And to his delight, it actually worked!

Since a video of the extreme hack was posted onto TikTok on Monday (July 18), it's garnered more than 100,000 views.

Another joked: "@Tesco you've got to change his membership number."

Dean, who is now considering getting his Nectar card inked, said: "I'm chuffed, I love it and use it all the time. I use it every morning when I go to Tesco before work.

"I used it this morning. It's one of those things where I get to see peoples faces and make them smile.

"One lady giggled and asked me for a photo.

"I've wanted to do it for ages, about three months I've been thinking about it. I just thought it would be funny.

"They're (cashiers) just stunned and look at me and say 'that's not real' and I say it is.

"I just thought it is what it is, even if it didn't work it still looks alright."