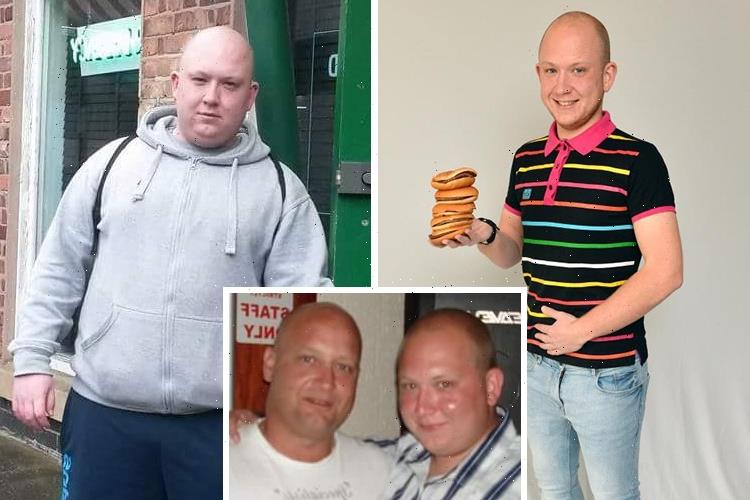 WINNING a wager with his dad left Aaron Pannett £100 in pocket – and 8st lighter.

The 27-year-old had always been unhappy with his weight, but it was only after a wager with dad Chris, 45, over who could lose the most flab that he overhauled his diet. 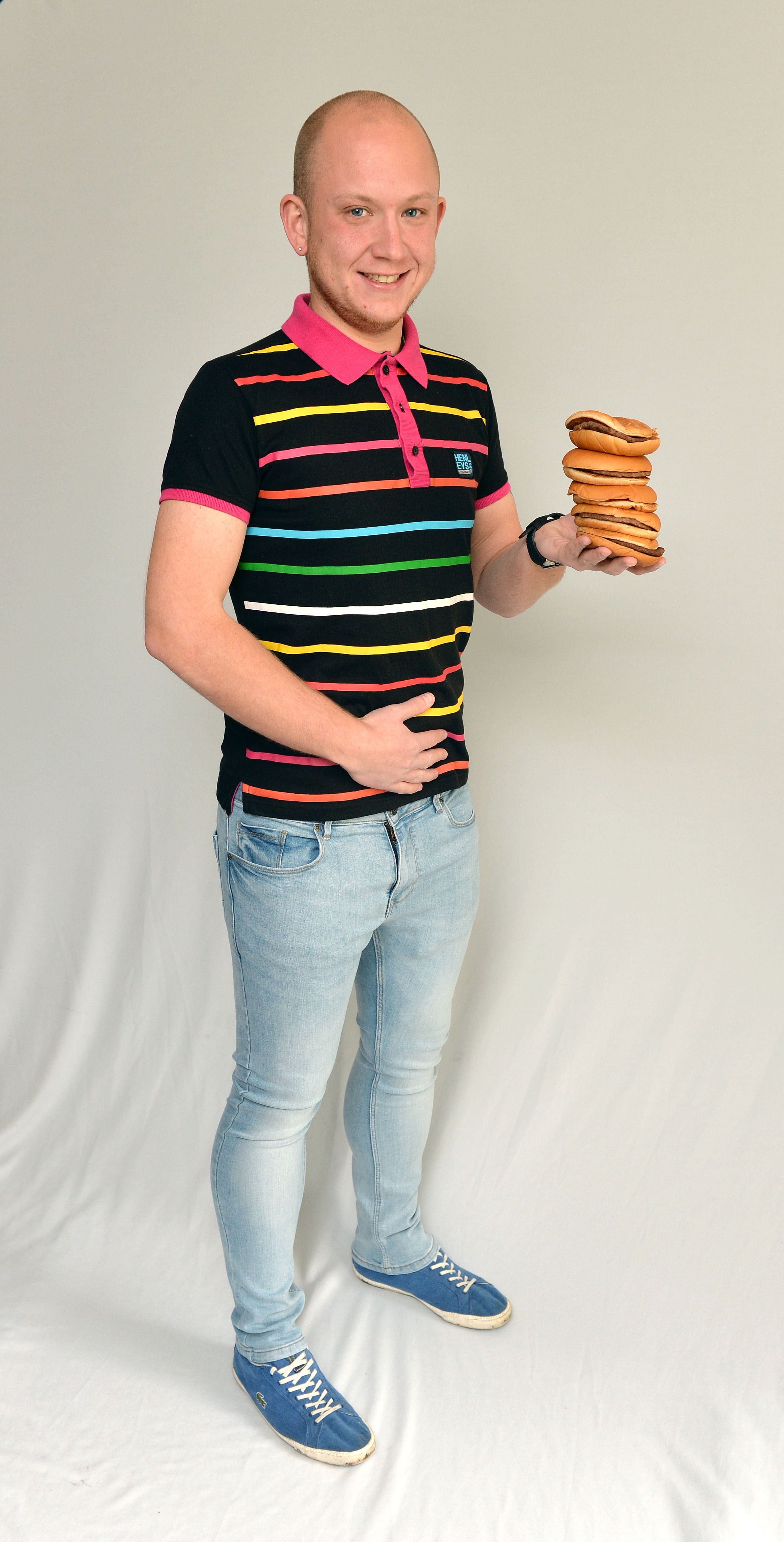 He swapped Big Macs and other takeaways for jacket potatoes and salad, and ditched sugary snacks and fizzy drinks.

Aaron, who also started working out and going swimming, slimmed from 20st to a trim 12st and whittled 14in off his waist.

Not only did he win the bet, he has also gained pots of self-confidence.

Aaron, a private hire car dispatcher, says: “I knew my weight was a problem but I’d always pushed it to the back of my mind.

“Then when my dad suggested a bet, I had to take it on — we are always making bets with one another. 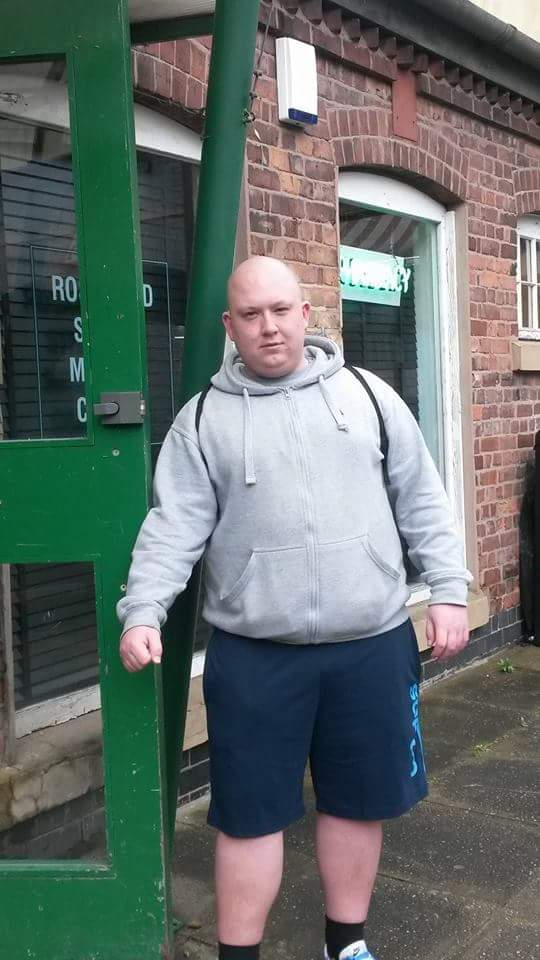 “I knew losing weight wasn’t going to be easy but I was determined to win the bet.

“I set myself a target of losing 5st and, as soon as I put my mind to a diet, the weight dropped off.

“I still can’t believe it took a bet to get me to change my lifestyle.

“Not only did I win but I feel great and can finally get into the sports I’ve missed out on for years.”

Since the age of 15 Aaron, from Middleton, Gtr Manchester, had gorged on junk food daily.

When he got his first job in the local McDonald’s he ate their fast food every lunchtime for three years.

He says: “I’d have a Big Mac Meal or a Chicken Sandwich Meal every day for lunch, then buy a packet of crisps or a chocolate bar.

“I was a healthy weight when I started working there but the weight piled on quite quickly.

“I’d eat a Chinese takeaway for dinner — chicken chow mein and chicken curry with rice and chips, plus cans of fizzy drinks. 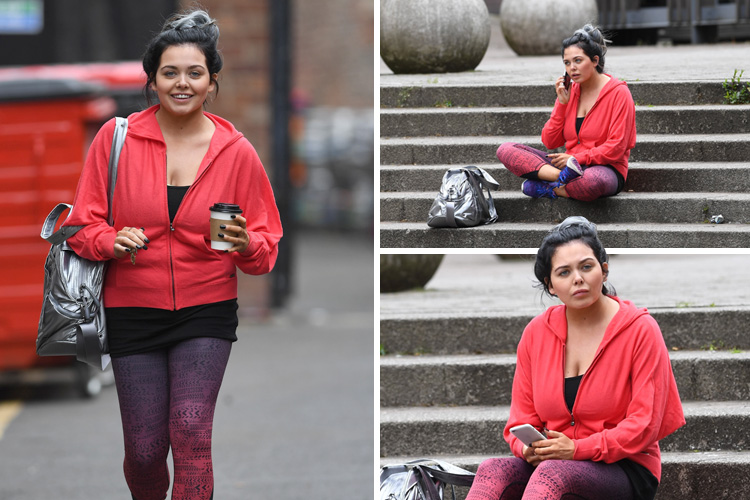 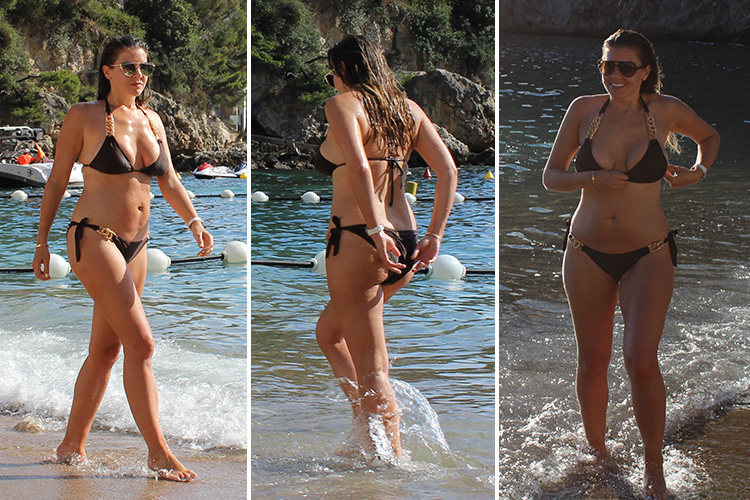 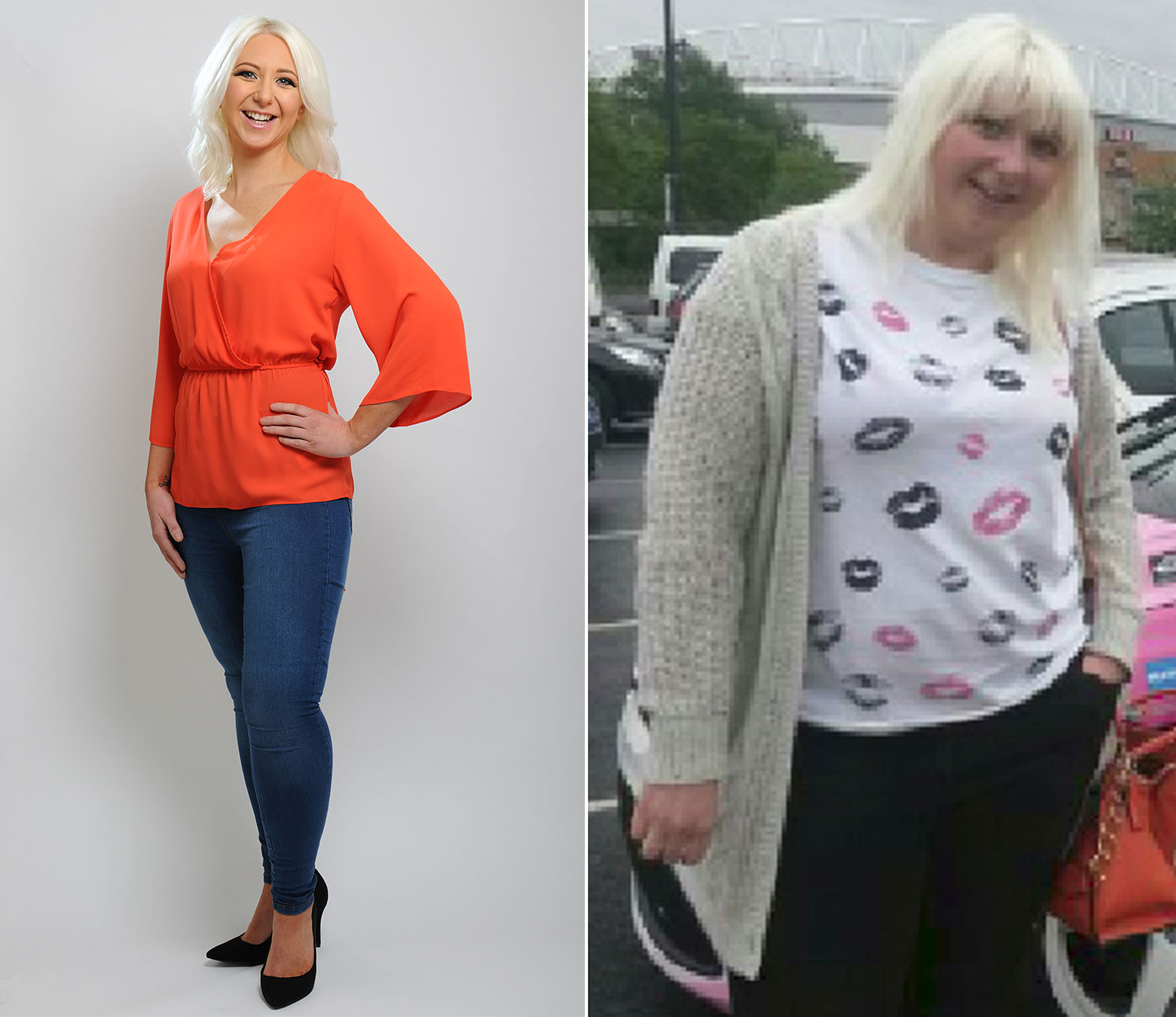 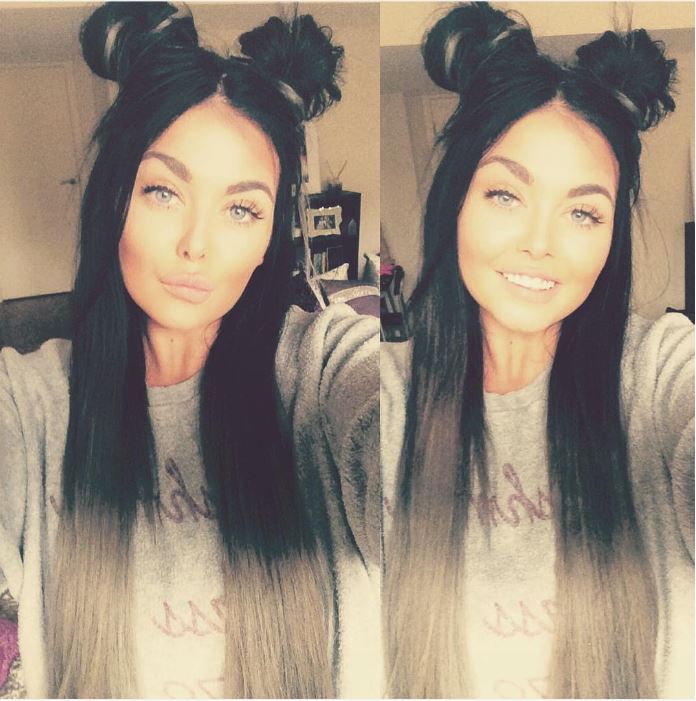 “Then I’d snack on sweets until bedtime. I put on 2st in a year but I wasn’t bothered about it.”

Aaron’s bad eating habits did not change when he later started working as an office-based minicab dispatcher.

He says: “The drivers would give me a lift into work and back, so I never walked anywhere. 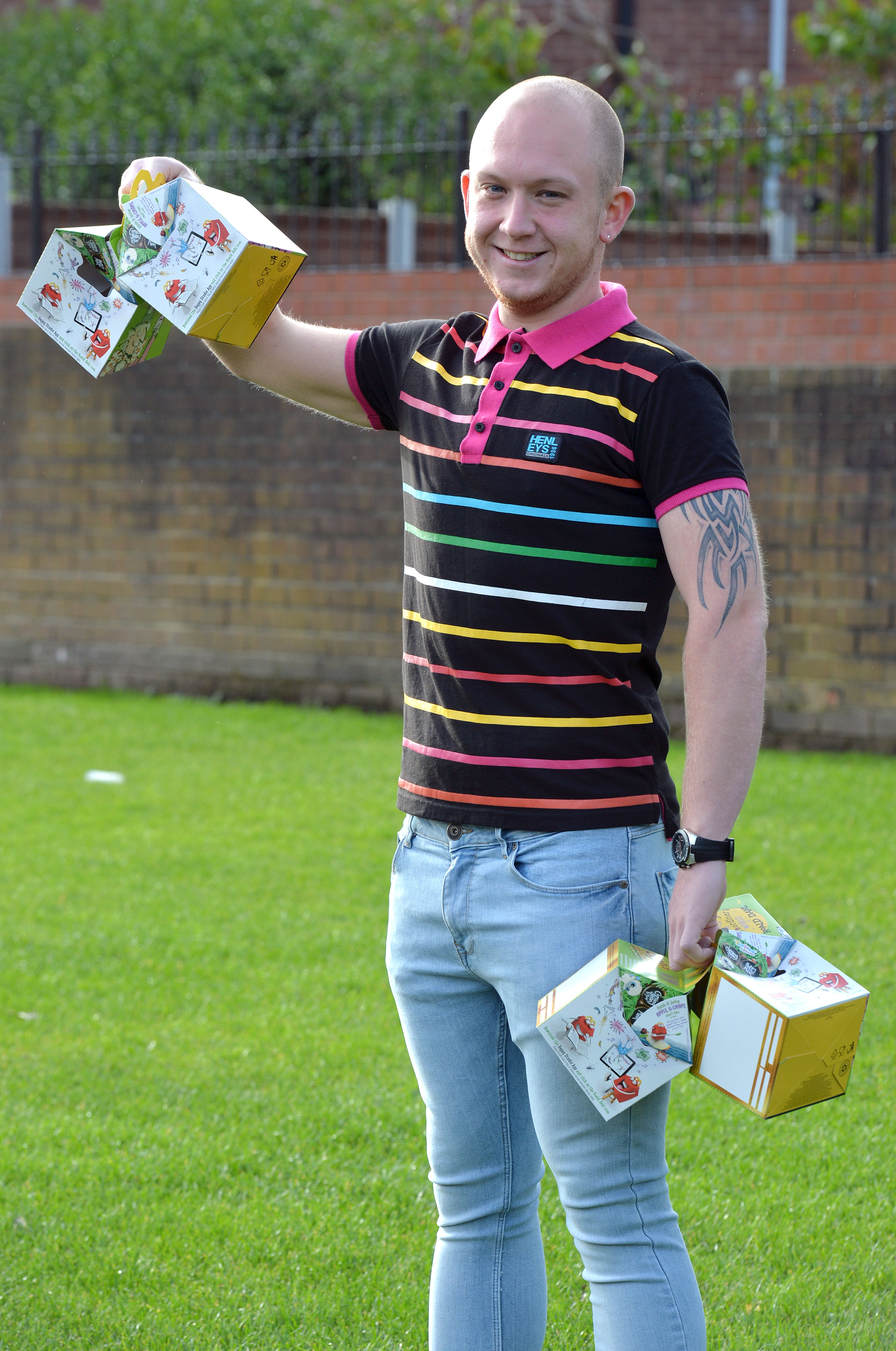 “The office was in a row of take-away shops so it was hard not to take home fish and chips, a kebab or a meat feast pizza after work.”

By October 2015, Aaron tipped the scales at 20st. He struggled to find clothes that fit and his size was taking its toll on his health.

'I’d eat a Chinese takeaway for dinner — chicken chow mein and chicken curry with rice and chips, plus cans of fizzy drinks'

He says: “I was out of breath all the time and getting terrible chest pains.

Then Dad said he thought I should lose weight over the winter.

We had a holiday to Portugal booked for May with 19 members of our family.

“I agreed to it, but didn’t actually think about having to do it.”

At the time his father Chris, a self-employed driver, weighed 17st.

Determined to win, Aaron says: “The bet stuck in my head and gave me the kick I needed.” 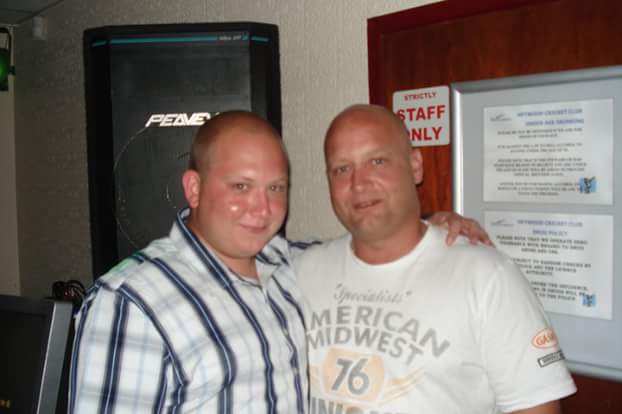 His mum Yvonne, 47, helped by drawing up a chart to record his weight, BMI and waist measurement each week.

He says: “I knew losing weight wasn’t going to be easy but I was determined to win the bet. I set myself a target of losing 5st.”

Aaron began eating cereal and fruit for breakfast, a jacket potato with tuna salad and fruit for lunch, then a low-fat ready meal for dinner, plus he drank five litres of water a day. 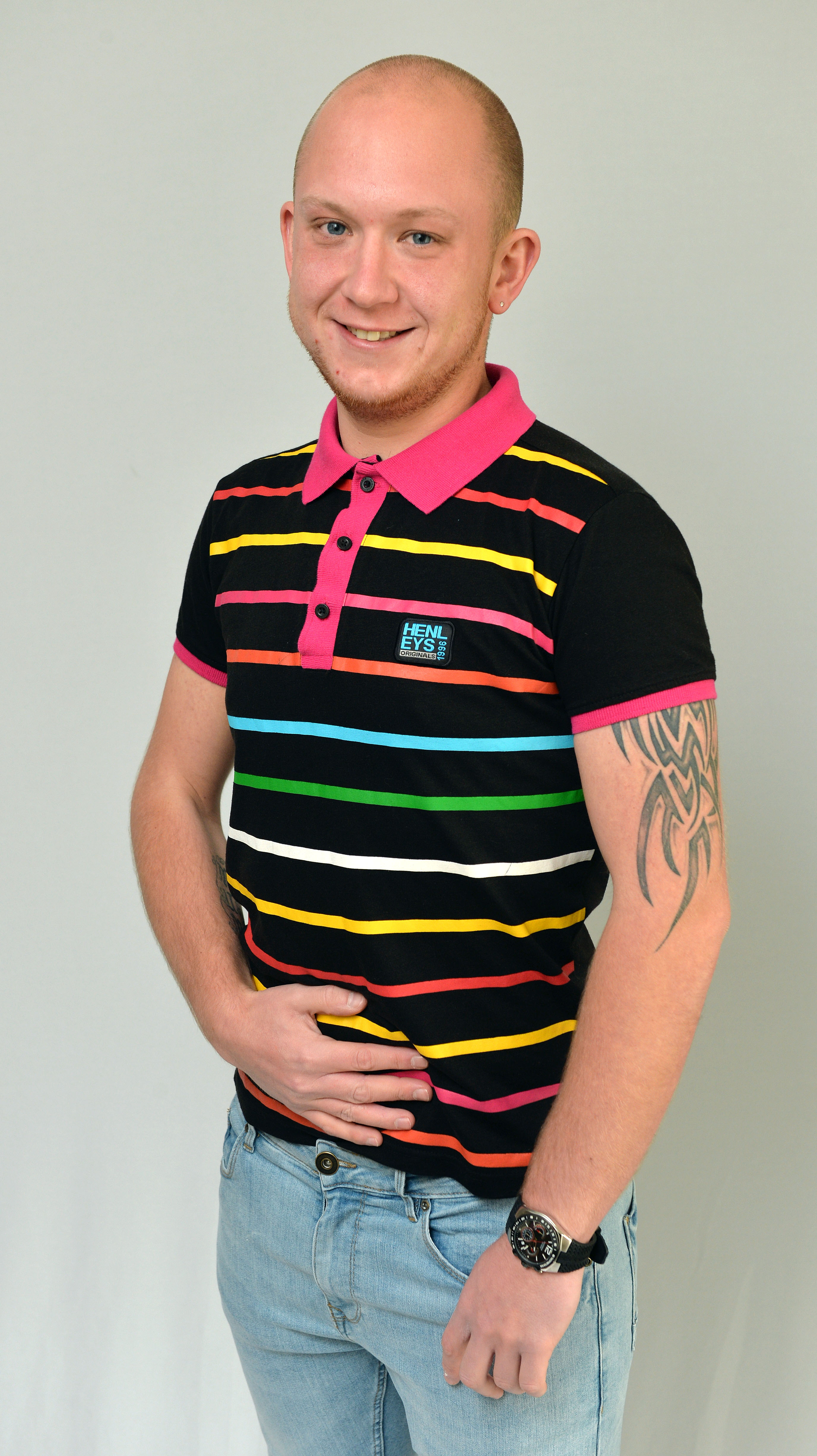 He also joined a gym, working out three days a week, and went swimming once a week.

He says: “In the first month I lost 1st but couldn’t see a difference. By the time I’d shed 2st I really started to feel different.

“I had to buy smaller jeans and, five months later, I reached my goal of losing 5st. When I looked in the mirror I couldn’t believe it and decided to keep going.”

At the end of April, three weeks before the family holiday, Aaron and Chris weighed themselves.

“The next time I saw Dad he handed me the £100 without hesitation. He was a bit gutted it wasn’t the other way round.”

Aaron spent his winnings on new clothes and, on holiday, he took his top off on the beach for the first time in ten years. 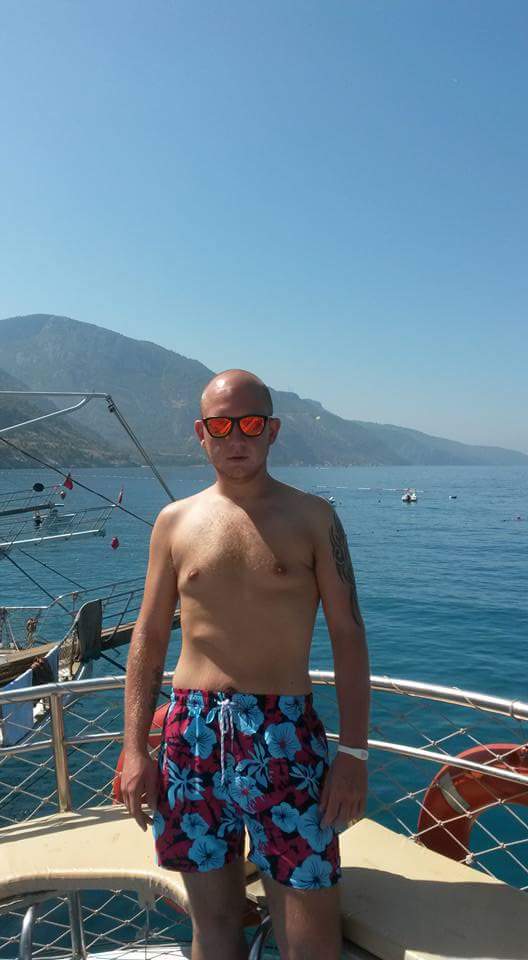 He says: “Losing the weight gave me a massive confidence boost.”

Back home he has stuck to his diet and exercise programme and has since lost a further 1st 7lb.

He says: “I’m going to join the cricket club with my dad.

“When I was big, I’d never have dreamt of getting involved in sports.

“I’d have been too out of breath to run and throw the ball and I would have been worried about people judging me.

“I’m so glad Dad made this bet, it’s changed my life.”