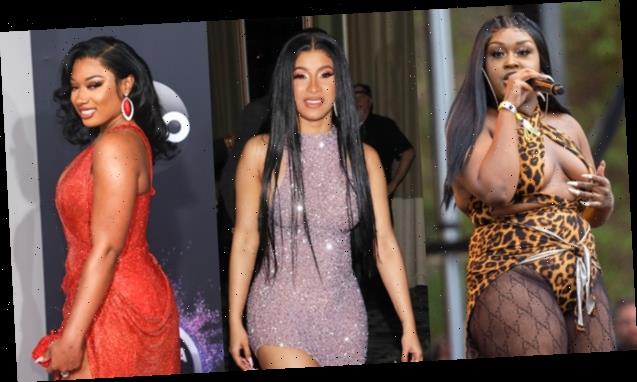 All’s fair in love and hip-hop, right? After fans dragged CupcakKe for dissing Lizzo, Cardi B, Doja Cat, and other rappers in her new track, she told everyone to ‘sit back and enjoy’ and not be so serious.

“I think it’s a beautiful thing [and] any one upset with it [is just used] to the mediocre,” tweeted CupcakKe in the late hours of Tuesday (Dec. 15), after she released her new song, “How To Rob (Remix).” In the track, CupcakKe, 23, disses everyone – Cardi B, Megan The Stallion, Migos, Wiz Khalifa, Lil Baby, Lizzo — everyone. Not since Kendrick Lamar’s verse on Big Sean’s “Control” or Nicki Minaj’s “Barbie Dreams” have so many rappers been called out, which prompted some fans to criticize CupcakKe for going after her fellow rappers. She defended her lyrics, tweeting, “Understand, it’s not male rappers complaining it’s female rappers. Sit back and enjoy talent at its finest and for the last time, it’s all love to all the rappers mentioned. Don’t be sensitive.”

Ultimately, CupcakKe (born Elizabeth Harris) decided to absolve herself of everything. In the early hours of Wednesday morning, she tweeted, “I decided I’m going to get baptized in the morning. On that note, everyone have a peaceful blessed night. In the name of Jesus I pray. Amen.”

It’s not an exaggeration that CupcakKe goes after practically every current rapper and hip-hop star in her track. She takes aim at Offset’s rumored infidelity (“Drop Offset body in a jungle since he wanna be a cheater, forgive me, lil’ father,” per Genius), Tory Lanez’s height (“Is that Tory Lanez or is that Too $hort?), Lizzo’s weight (“Catch Lizzo, drag her out the food court”), Cardi’s veneers (“Runnin’ through your party just so I can find Cardi, like “Bitch, I’m finna give you your old teeth back!”), and Megan The Stallion’s shooting incident (“Run up on Megan like “Give me your funds” and you can’t even run ’cause you just got shot.”)

That’s just the start. She calls out Doja Cat (“cause Doja Cat, that just mean she p-ssy”), Sukihana (“Who thе f-ck is this b-tch named Suki? Poppin’ up when promoters can’t book me / Since you love to be on OnlyFans, I’m the only fan at your show, what’s goodie?”), DaBaby (“I change his pampers”), 6ix9ine (“Is that a rat or a hamster?”), and …Lady Gaga? “Might f-ck around, rob Gaga, see if 12 will buy me a whopper.” CupcakKe once claimed that she heard Chromatica back when it was still called #LG6, per Billboard, so this might just be some playful teasing of Mother Monster? 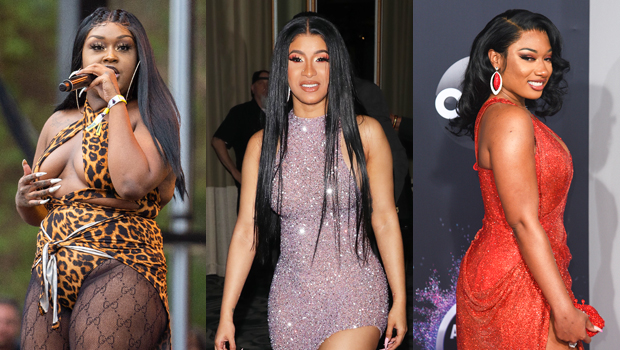 In a world full of Twitter rants and Instagram Live sessions, “How To Rob (Remix)” could be seen as a refreshing throwback to a time when a “diss track” was the primary method to call out your peers. Plus, it might result in some interesting new songs. Kendrick’s “Control” verse in 2013 “changed the [rap] world,” according to Rolling Stone. It not only raised his profile as a rapper – he was one year removed from good kid, m.A.A.d city, and just a few years from dropping his landmark To Pimp A Butterfly —  but it also inspired all the rappers he called out to step up their game.

Plus, it’s hard to call “Hot To Rob” a diss track since it’s so playful. Nicki Minaj argued that her 2018 song, “Barbie Dreams,” was not a diss track. “It’s just some funny sh-t,” she said on Queen Radio, per NME. “I love [the rappers she called out]. I said things about people who I know can take a joke and won’t be emotional about it. Reading the reactions to ‘Barbie Dreams’ is f-cking hilarious. Everyone is saying how disrespectful ‘Barbie Dreams’ is, and that’s why I f-cking love it.” The same might be said about “How To Rob.”

Christopher Walken Says He's Never Owned a Computer or Cell Phone: I 'Got to It Too Late'