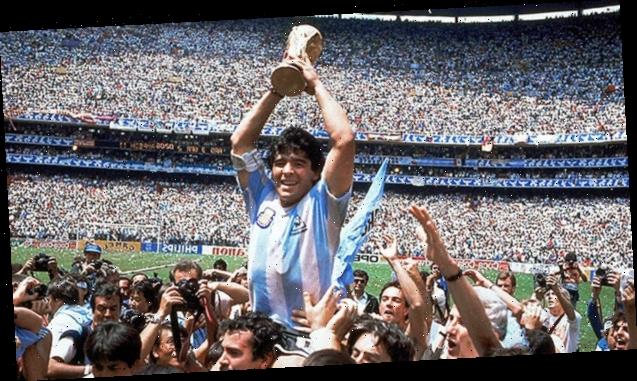 Diego Maradona, the soccer star who led his country to World Cup glory in 1986, has died. The loss left fellow icons like Pele and Cristiano Ronaldo heartbroken, and they bid farewell to ‘an eternal genius’ of the sport.

Diego Maradona passed away on Wednesday (Nov. 25) at the age of 60, per The Daily Beast. Regarded as one of the greatest players to ever set foot on the pitch, the Argentinian superstar reportedly passed away due to a cardiac arrest. This news, fittingly, broke the heart of soccer fans the world over, including Cristiano Ronaldo. “Today I say goodbye to a friend and the world says goodbye to an eternal genius,” Cristiano, 35, captioned the post he shared to Instagram shortly after the news broke. The picture showed the two of them together (click here to see), a marvelous shot of two incredible football talents. “One of the best ever,” added Ronaldo, in a Google-translated caption. “An unparalleled magician. He leaves too soon, but leaves a legacy without limits and a void that will never be filled. Rest in peace, ace. You will never be forgotten.”

“Sad news today,” added Pele on Instagram. “I have lost a dear friend, and the world has lost a legend. There is much more to say, but for now may God give his family strength. One day, I hope, we will play soccer together in the sky.”

Born in Buenos Aires on Oct. 30, 1960, Diego Armando Maradona was first discovered as a boy while playing his neighborhood club. From there, he would embark on a career that would see him bring the World Cup trophy home to Argentina. As a standout in the 1970s at Argentinos Juniors – where he scored 116 goals in 167 games – he was soon recruited by European soccer. He first went to Spain, joining La Liga’s Barcelona in 1982. He stayed with the club for two years, before being transferred to Napoli in Italy’s Serie A for a then-record fee of $10.48 million. He helped the club secure the Serie A championship in 1988-87. 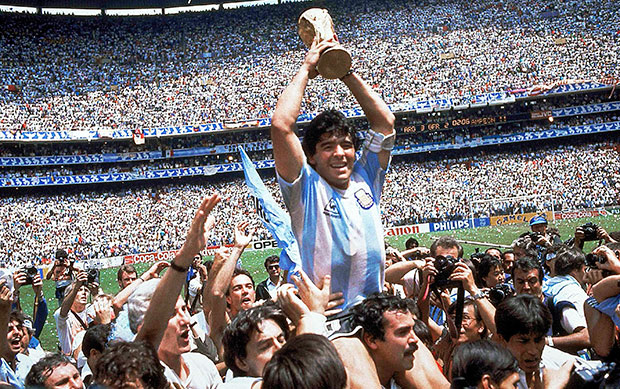 It was in 1986 that Maradona and Argentina won the World Cup, defeating West Germany in the final. It was in the quarter-final against England that Maradona etched his name in the halls of football history, for two different reasons. Six minutes into the game’s second half, Maradona scored after clashing with England goalkeeper Peter Shilton. The goal should have been waved off, as Maradona would later admit he used his hand to knock it in, telling reporters after the game that it came from “un poco con la cabeza de Maradona y otro poco con la mano de Dios” (“a little with the head of Maradona and a little with the hand of God,” per The Washington Post.) 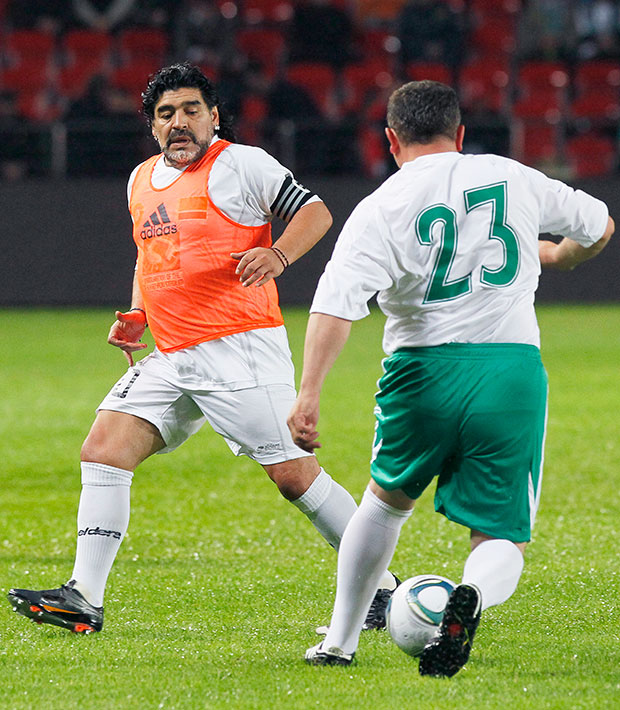 However, there was nothing illegal about the goal Maradona scored four minutes after the “Hand of God.” Dubbed “The Goal of the Century,” Maradona sprinted over 60 yards in 10-seconds, passing four English players – Peter Beardsley, Peter Reid, Terry Butcher and Terry Fenwick – before feinting past goalkeeper Hilton to knock the ball into the net. In 2002, this shot was voted as the “Goal of the Century” in an online poll conducted by FIFA.

Maradona was not without controversy. He left Napoli in 1992 after serving a 15-month ban for failing a drug test. He was also kicked out of the 1994 World Cup after being found guilty of doping, according to ESPN. After ending his playing career in 1997, he battled a litany of health issues. In January 2019, he was admitted to the hospital due to internal bleeding in the stomach. Earlier in November, Maradona underwent surgery for bleeding in his skull, per AP News, but his doctors said he was doing well.