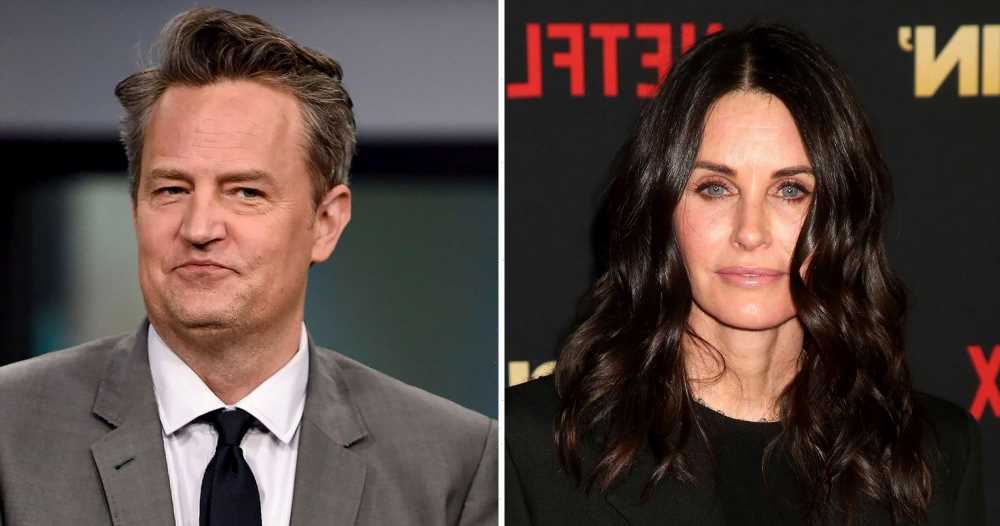 Courteney Cox Reflects on How Matthew Perry 'Struggled’ During 'Friends' 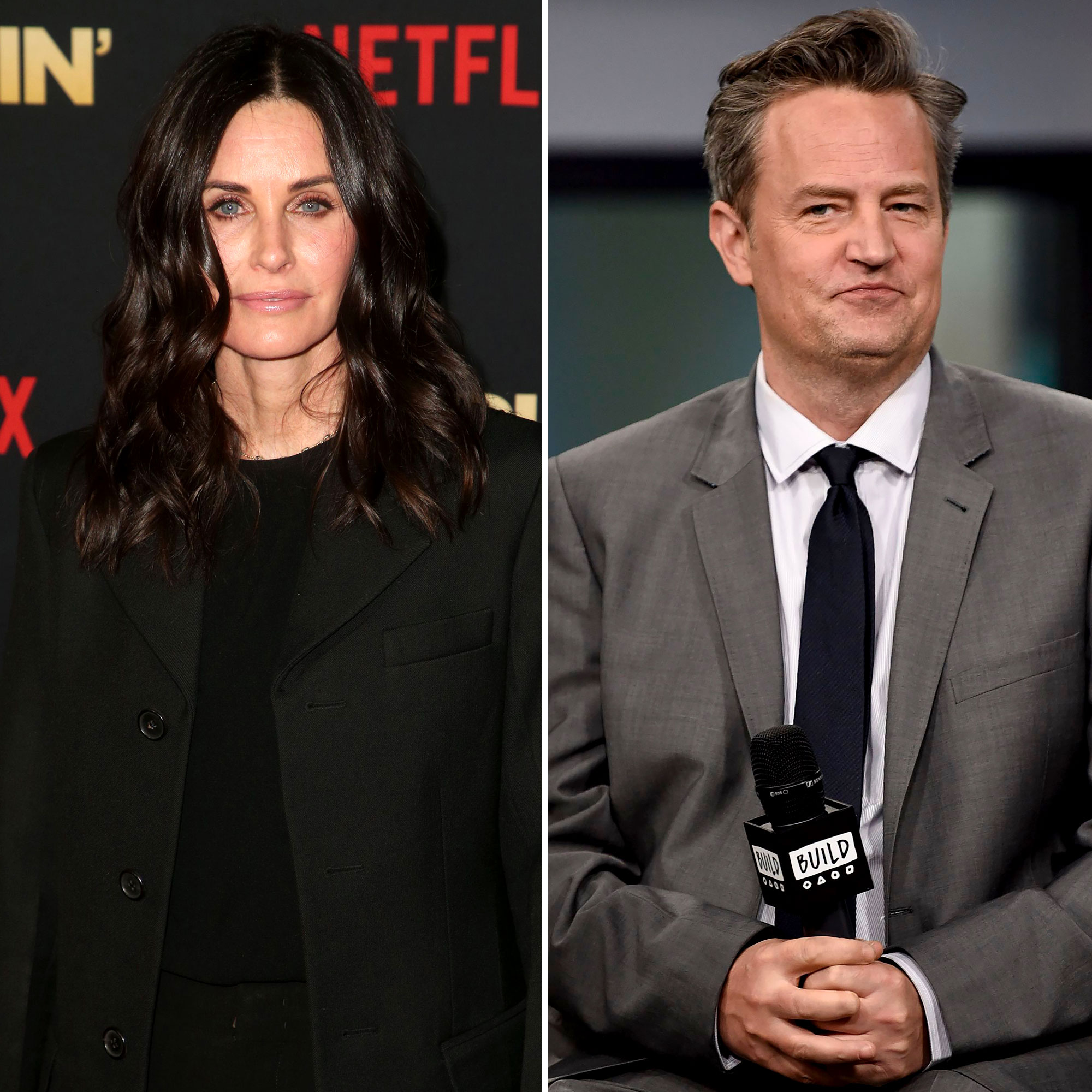 Friends forever. Courteney Cox is reflecting on the “pressure” Friends costar Matthew Perry was under during his time on the hit series — as well as how the actor is doing today.

Everything the ‘Friends’ Cast Has Said About Matthew Perry’s Struggles

In an interview with The Times of London on Sunday, February 20, the Scream star, 57, opened up about a specific comment that her onscreen husband, 52, made at the Friends HBO reunion special in May 2021.

During the reunion, the Whole Nine Yards actor — who famously played Chandler Bing on the series — said he “felt like I was going to die if [the audience] didn’t laugh” while filming the NBC comedy.

Of this, Cox noted in the February 20 interview, “That was a lot of pressure he put on himself. That’s a lot to think how much he relied on that for his own self-worth.”

“He’s just struggled for a while,” the actress, who portrayed Monica Geller, added. “I think he’s doing great now.”

The Fools Rush In star has spoken candidly about his substance abuse over the years.

The Massachusetts native dealt with a Vicodin addiction and alcohol addiction while on the ‘90s sitcom, during which he went to rehab twice. In 2011, seven years after Friends went off the air, Perry checked into treatment again. He later transformed his Malibu home into Perry House, a men’s sober living facility.

Matthew Perry’s Ups and Downs Through the Years: A Timeline

The comedic actor is currently working on a memoir titled Friends, Lovers and the Big Terrible Thing, which is set to be released in November.

Earlier this month, a source exclusively told Us Weekly what’s in store with Perry’s autobiography. “He wants to recount his experiences, both good and bad, to help others and set the record straight over a number of incidents that were either untold until now, taken out of context or in some cases totally twisted the wrong way and needing complete clarification,” the insider claimed.

“He’ll delve into his addictions, of course, plus clear up rumors about his feelings for the Friends costars. Plus, he’ll discuss what went wrong in a number of his past relationships,” the source continued. “It wasn’t always a bed of roses for Matthew on and off the Friends set, and Matt isn’t going to sugarcoat the tougher times that he went through with the cast. He’ll also discuss what it was like at the reunion, both good and bad.”

Perry’s appearance at the reunion — which also featured castmates Cox, Jennifer Aniston, David Schwimmer, Lisa Kudrow and Matt LeBlanc — caused some concern among viewers after he appeared to be slurring his words occasionally. But Friends producer Kevin Bright told The Hollywood Reporter in May 2021 that there was nothing to worry about.

“What people say is what people say. I don’t have any to say about that, except it was great to see him,” he explained. “I think he’s OK. “He seems stronger and better since the last time I saw him, and excited about going forward.”