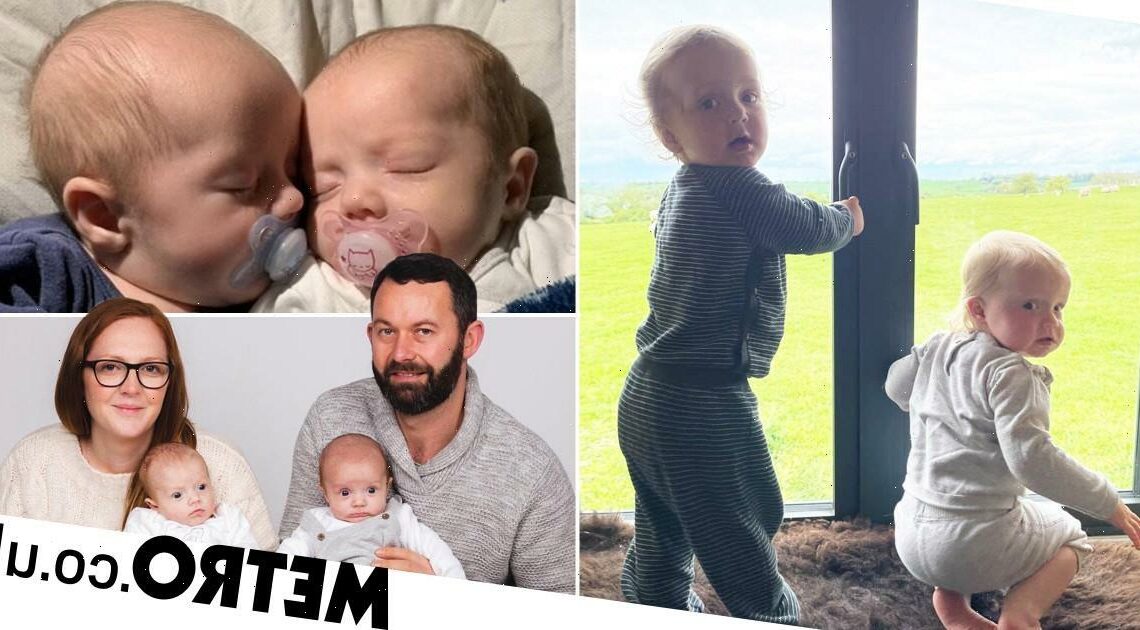 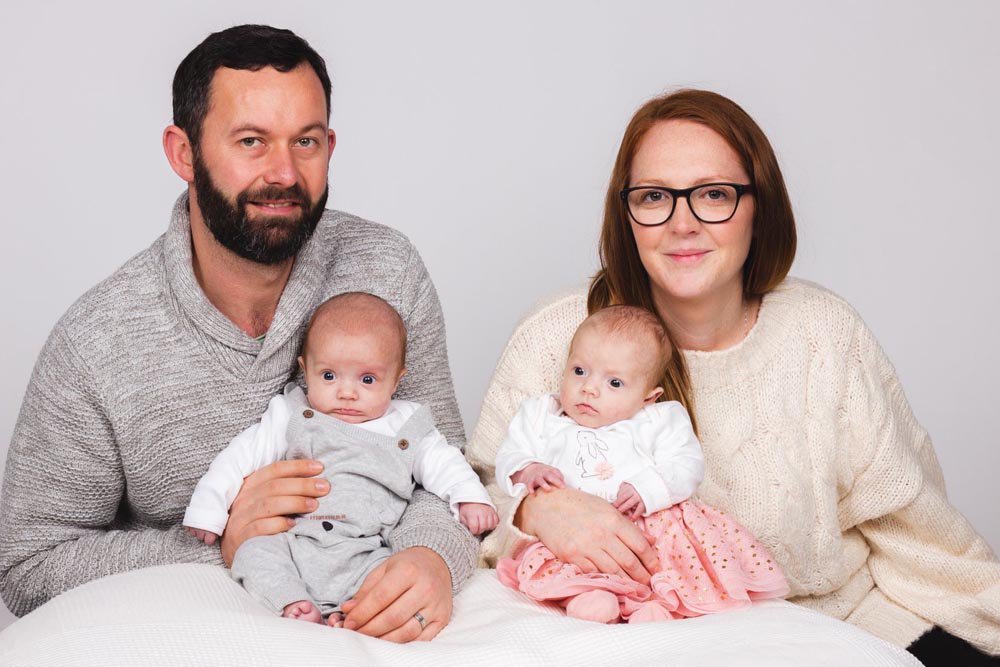 When 32-year-old Katie McCarton and her engineer husband, Gary, 36, started trying for a baby in 2007, they were full of hope that they would soon have a family of their own.

The couple – of Romney, Kent – were initially too young to receive IVF on the NHS, but tied the knot in 2012 and began the process the following year.

Unfortunately things weren’t successful, with the pair failing to conceive on the first round, miscarrying on the second, and then giving birth to stillborn twins at 21 weeks after the third.

Following five rounds of IVF by 2015, Katie said they feared parenthood had eluded them, adding: ‘It was a really hard time, we had got to the point where we were thinking about adoption.

‘I just felt numb to everything. It was heartbreaking. People don’t realise how hard IVF can be.’

Their luck changed when Katie’s sister-in-law Lauren Byrne, 35, a bookkeeper, sent a heartfelt letter to a women’s magazine competition and won a free round of IVF for the couple.

When the first cycle failed, the medical team at Nurture Fertility in Nottingham were so touched by their story that they gave them one free cycle and in February 2019 they conceived – after 12 years of trying.

Then, on October 4, after a healthy pregnancy but a traumatic early delivery, Kit and Margo – boy and girl twins – became the rainbow miracles their parents had thought would never be possible.

Katie said: ‘It was a dream come true.’

Katie had always wanted to become a mum, so when she met Gary in a pub in 2006 and their love blossomed, it was inevitable they would start trying for a family.

The following years were extremely difficult to the pair, with pregnancy loss and a number of other harrowing moments.

Speaking about the stillbirth they experienced, Katie said: ‘We had a scan and they thought everything looked ok, but then six days later I went into labour.

‘By the time I got into hospital, I was five centimetres dilated. There was nothing medics could do to stop my birth and my twins were stillborn.

‘My little twins, Teddy and Beau, a boy and a girl, were so beautiful. It was heartbreaking.’

After that, Katie and Gary continued treatment, but were despondent as to whether they would ever be biological parents.

Katie said: ‘When my sister-in-law asked if she could enter us in a competition for free IVF, I agreed, but I never thought we’d win. It just felt like it wasn’t meant to be.’

But not only did they win, they were also given a second free cycle and, at long last, became the family of four they had always dreamed of being.

‘I was in shock, I couldn’t believe I was actually pregnant. It was a dream come true,’ said Katie.

The pregnancy went smoothly, but the delivery was anything but. When Katie went into labour at 34 weeks, doctors opted to anaesthetise her during an emergency caesarian section to birth the babies safely.

The couple’s rainbow twins continued to grow in NICU and just 18 days later, in October 2019, they took them home.

‘It was just surreal. I was sat on the playmat as everyone passed them around. No one had been able to see them in hospital, so everyone wanted to see them right away,’ said Katie.

‘The first night was out of this world. Everyone left and it was just the four of us together. It was magical.’

Now, 20 months old, the twins are happy and healthy, and Katie is loving being a twin mum, saying she is in a ‘special club.’

‘The twins are doing amazingly. Margo is a sassy diva, she’s a proper little girl. She says lot of words and loves playing with her kitchen and Wendy house,’ said Katie.

‘Kit is just a typical boy. He’s obsessed with bubbles and stick man and just gets into anything and everything.’

The devoted couple love being parents to their bubbly duo and remain amazed that they won their babies in the That’s Life! magazine competition.

‘We have our dream family. We were eating in the garden the other day and I just thought, “Wow, we are so lucky. We never thought we’d have this.”

‘I’ve never known love like this. It’s the most amazing experience.

‘I just can’t wait to see who they become and what they do with their lives.’