Home » Lifestyle » Coping with Christmas as a recovering alcoholic: 'Feelings are just feelings. You have them and they pass' 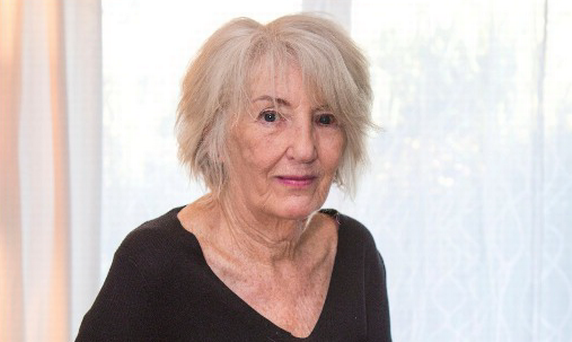 Coping with Christmas as a recovering alcoholic: 'Feelings are just feelings. You have them and they pass'

The lights are twinkling, presents are wrapped, our cupboards stocked with all kinds of treats and the drink is in full flow. Alcohol takes centre stage at Christmas; the clinking of glasses as much a sound of the season as ‘Fairytale Of New York’.

And with the season comes a whole host of situations for people in recovery to negotiate and navigate. Róisín Sheridan, now in her 70s, may be 37 years sober, but she vividly recalls the challenges of Christmas. In fact, it was shortly before Christmas in 1981 that she sought treatment for her addiction to alcohol at the Rutland Centre in Dublin.

Róisín’s drinking started began when a friend used to call over on a Friday night and she’d bring a bottle of Martini. Róisín would end up drinking most of it. A new job abroad meant there was always drink in the fridge and she drank more than ever. A return home didn’t stop her drinking. She didn’t even like the taste of alcohol, but it was her way of self-medicating.

“With me it was the psychological damage – I wasn’t able to recognise myself. I knew there was something very wrong but I didn’t know what it was. I was slipping and sliding around AA for a few years. It got to the stage where I had a very strong physical dependence on drink. I’d be shaking with panic attacks. It was just awful.”

She was working as a therapist when she was at her lowest. She remembers being in bed feeling despair. “I wanted to be sober but I just couldn’t find the way. For some reason the treatment gave me the space I needed. Being separated from my life helped me. After treatment my life changed completely.”

For the addict, Christmas is a time when feelings of loneliness or inadequacy can be amplified. In the early days of recovery, she believes that having a strategy and putting yourself first is important to make it through the season without having a relapse. “On the family front, if it’s a case that you can spend time with family, that’s great. But if it makes you anxious and it’s fraught, don’t put yourself under pressure. Your sobriety is top priority,” she says.

“You are your own best friend – if you don’t look after yourself, you won’t be able to make anyone else feel good at Christmas. In the early stages of recovery, this means taking all pressure off yourself. If people make you anxious, avoid them or put a time limit on how much time you’ll spend with them. Having a plan is so important. Make sure you have a glass of mineral water in your hand and keep yourself topped up as long as you’re going to be somewhere. You’ll always meet people who want to push a drink on you. If you feel any pressure, leave,” says Róisín, who lives in Blanchardstown in Dublin.

And she says it’s important for people in recovery to recognise the triggers that could set them off drinking again. “Triggers can be emotional things like loneliness or the breakdown of a relationship. For a lot of men in particular, the smell of alcohol can be a trigger. Think about these things before Christmas. Any gathering where alcohol is freely flowing, like the office party, don’t go out without thinking about it and having an exit plan,” she says.

Having what she calls a “self-assembled tool kit” is also important. For her, this means making a list of the things in life she’s grateful for, treating herself to a new book and listening to music. But these could as easily be doing things for yourself, like getting a blow-dry or going for a walk.

According to addiction counsellor Austin Prior, just because you’re in recovery doesn’t mean you have to hide away and wait for the festivities to end. You just have to be prepared.

“Some people will say ‘it won’t do any harm to have a drink with your Christmas dinner’. The recovering addict has to be ready for that. I say to clients to have their glass of sparkling water in their hand and have their answer ready. Have a conversation with close family or friends beforehand and tell them you may have to leave early. You may have to tell people you’re driving.”

He explains that there really is a huge benefit in getting involved with a fellowship like AA because you meet people who are also avoiding alcohol at this time of year.

“It’s really important to have those support groups – most will have meetings over Christmas. There are people who have supportive family and friends but there are also people who, because of addiction, find themselves on their own. If you know someone like that, check in on them,” he adds.

“Tell people this may be a difficult time for you and ask someone if they wouldn’t mind if you called them.”

It’s not only Christmas that can be a struggle for people in recovery. Prior says former addicts can feel like they need a reward for making it through the festive season without relapsing. He says the immediate aftermath of Christmas is also a time for vigilance.

And he urges everyone to be respectful and listen to what other people are saying when they’re out socialising. “Be mindful if you’re in a pub with friends and someone says ‘I’m not drinking’, don’t force it on them. That is dynamite for someone in recovery who might feel one glass isn’t going to do any harm.”

Ian, a father of three from Dublin, has been in recovery for alcohol, drugs and gambling addiction issues for two years. He says that in the early days of recovery it’s important to have an ‘escape plan’ if you’re feeling under pressure in a social situation.

“You find yourself tired a lot because you’re constantly questioning everything. You have to question yourself. You need to ask yourself things like, ‘if I go to this place will there be a danger?’. It’s about being honest,” says Ian, who’s in his 30s. “You have to think about the old haunts and the people you surrounded yourself with in the past. I just won’t go there now. I don’t have to excuse myself. I just say no,” he says.

Barry Costello, an addiction counsellor with the Rutland Centre, says non-alcoholic drinks are not an option for people in recovery. There’s a small percentage of alcohol in many of the non-alcoholic beers and drinking ritual paired with the smell and taste of alcohol can trigger a desire to drink.

Costello says as well as having a plan for social situations, anyone in recovery should have “one good person” they can call upon if they feel they’re getting into dangerous territory. “It could be a friend or family member who understands your situation and who wants to help,” says Costello. “Christmas doesn’t have to be all about drinking – it can be about something else. It can be about friends having a bit of quiet time.”

For Róisín Sheridan, at this time of year it’s important to think about the future. “Be curious at Christmas about what the New Year will bring. Be very kind and gentle with yourself. Remember feelings are just feelings. You have them and they pass,” she says.

The Rutland Centre hosts a series of workshops for family members and people in recovery over the Christmas and New Year period. For further information, visit rutlandcentre.ie or contact 01-4946358.

‘The Challenge’: CT Reveals How He Convinced His Wife To Film Wedding For MTV Special
World News