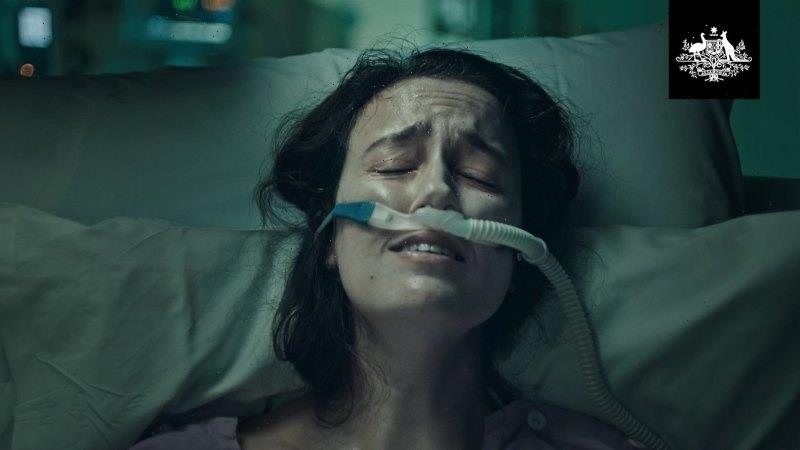 The federal government has rolled out two new coronavirus ad campaigns: one titled Arm Yourself, showing a variety of arms with band aids to promote the vaccination program, and another which is targeted at people in Sydney that shows a woman gasping for breath in a hospital bed.

“COVID-19 can affect anyone,” the tagline on the latter reads. “Stay home. Get tested. Book your vaccination.”

It has prompted outrage online from people suggesting the woman appears to be too young to be eligible for a vaccine under the rollout as it stands.

But Julie Leask, an expert in immunisation communication at the University of Sydney, says the ad’s message is being misinterpreted.

“That’s been easy to do, because … the tension around the vaccine access and the anger about that is quite high,” she said.

“But as a strategy to at least remind some people who may be complacent about COVID-19 and what it means, it is potentially effective in terms of staying at home, as long as you balance it out with access to the resources you need to stay at home and survive, like income support.”

The government is preparing a further support package for people locked down amid Sydney’s outbreak of the virus.

Health Minister Greg Hunt said the government had kept the “more challenging ad” ready for when it was needed and Chief Medical Officer Paul Kelly had approved its release.

“[It is] a deliberately constructed ad which was prepared in anticipation of if there were a major outbreak,” he said.

“It’s challenging and it’s confronting but we know that young people can play a huge role in helping to prevent the spread of COVID simply by staying home.”

Deputy Prime Minister Barnaby Joyce said he was not a fan of graphic and scary ads, particularly having been around someone who was gasping for air as they died.

“I believe that you’ve got to give people information, not scare them witless, and people know what the ramifications are,” he told Channel Seven’s Sunrise program on Monday morning.

Professor Leask said the Arm Yourself ads were very safe with their “tired military metaphor”. However, she expected they met the government’s brief given the vaccine supply constraints.

“Once you have vaccine supply, I look forward to seeing much more inspiring campaigns,” she said, adding that there needed to be a broader set of messages that didn’t just appeal on a “hyper-masculine front” in order to target different communities.

Siimon Reynolds, who created the Grim Reaper AIDS awareness ads in the 1980s, says the Arm Yourself campaign is a classic example of people with no marketing experience dictating what should run.

“You can’t bore people into taking action. You must compel them to do it,” he writes in The Sydney Morning Herald and The Age.

“We are left with a very ordinary ad that says little more than, ‘Get vaccinated’, an exhortation we have been hearing for many weeks.”

He believes the ad with the woman struggling to breathe is significantly better because it is compelling and stands out.

“We need to see more of this style of marketing and a whole lot less of the ‘Arm Yourself’ variety. And we need it fast,” he said.