Home » Lifestyle » Colleen Ballinger Had Her Baby & Ariana Grande Couldn’t Be Happier For The "Thank U, Next" Star 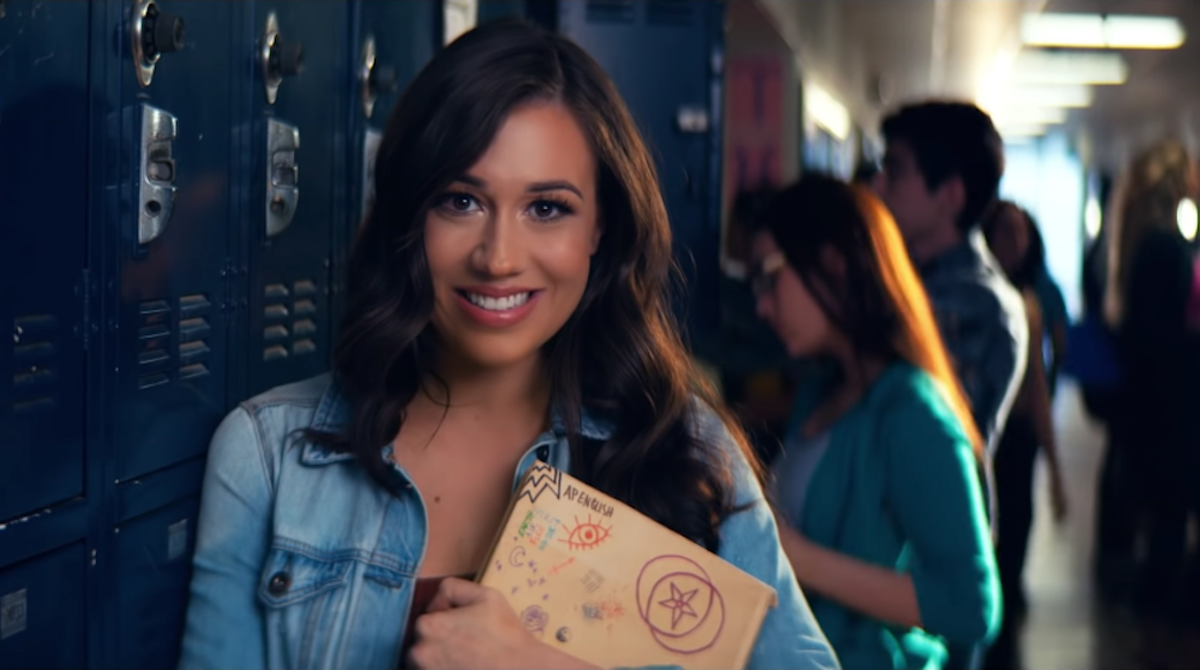 Colleen Ballinger Had Her Baby & Ariana Grande Couldn’t Be Happier For The "Thank U, Next" Star

Haters back off, Miranda Sings is now a mother. YouTube star Colleen Ballinger, a.k.a Miranda Sings, gave birth to a baby boy last night (Dec. 10). And bestie Ariana Grande was quick to congratulate Ballinger, who recently co-starred in Grande’s "Thank U, Next" video, on her little bundle of joy., sending Ballinger a sweet and simple message that got fans excited for this new, baby Arianator.

On Monday, Dec. 10, Ballinger tweeted a very Miranda Sings photo of her in the hospital wearing a bit of her signature red lipstick, checking her phone and holding a Starbucks drink. "Here we go," she wrote adding a clenched teeth face emoji. "omg," Grande tweeted at Ballinger shortly after she shared that photo of her in labor, only to have Ballinger respond with her own excited and very nervous "omgomgomg."

But, Grande had something else to tell Ballinger, who is the pregnant woman in the "Thank U, Next" video, as the new mom was probably focused on her breathing. "i love you so much @colleenb123," Grande tweeted, a sweet last minute bit of encouragement. Everyone needs to get themselves a friend who will help you through childbirth with a couple of sweet tweets.

It’s no surprise Grande would want to show support for Ballinger. The two actually go way back to Grande’s pre-Victorious days. In 2012, Ballinger appeared on the show as her popular YouTube alter ego Miranda Sings for five episodes. But, it seems the two were buddies even before then, when they were trying to make it on Broadway.

In 2009, Grande and Ballinger posted a clip of them singing "Take Me Or Leave Me" from the musical Rent on YouTube. In 2011, Ballinger shared a video celebrating Grande turning 18, and one for the singer’s 20th birthday two years later. The fun didn’t stop there, though. Over the years Ballinger has shared videos of her hanging out with Grande and the rest of her family, including a video to a haunted theme park with Frankie Grande.

The only reason those hangouts slowed down, Ballinger revealed in a 2017 interview, was the fact that she was based on the west coast and Grande was living on the east coast. But, as everybody knows, distance makes the heart grow fonder.

The "Thank U, Next" video proved that by giving fans a glimpse at their special friendship. Specifically, that sweet shot at the end of the video where Grande’s Bring It On alter-ego kisses Ballinger’s pregnant belly.

Now that Ballinger’s baby is here, she was quick to gush over her little guy. "He’s perfect," she wrote, letting fans know that he got here a little earlier than expected. He "didn’t want to miss Christmas," she joked.

Ballinger also told her Twitter followers that her son looks just like his dad, her fiancé Erik Stocklin. "It’s almost spooky how much they look alike," she tweeted. "A full on mini me!"

Her little boy might look like his daddy, but he seems to have a very loving new mom, too. And, who knows, he might even have a future babysitter in Grande.