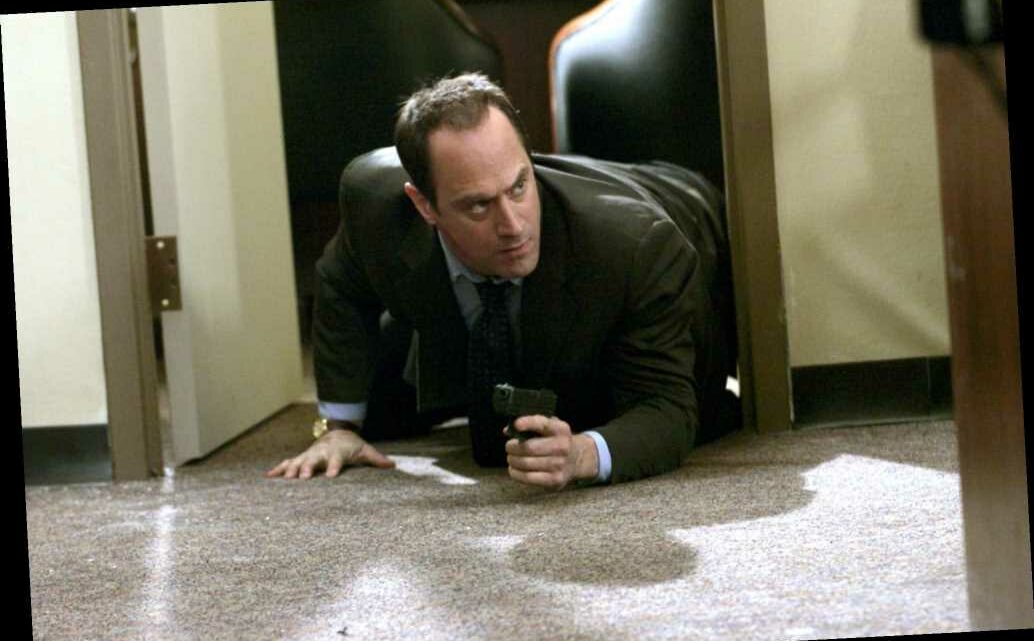 Christopher Meloni’s most iconic moments as Elliot Stabler on ‘SVU’

Christopher Meloni takes it to the ‘Maxxx’ in new comedy

Elliot Stabler is coming back to TV.

After stepping away from the “Law & Order” franchise for a decade in 2011, Christopher Meloni returns as Stabler in “Law & Order: Organized Crime.” In the series, premiering April 1 (9 p.m. on NBC), Stabler returns to the NYPD and acclimates to the changes that have occurred in his absence, including a loss in his personal life.

And, of course, he’ll be reunited with his former “SVU” partner, Olivia Benson (Mariska Hargitay).

Since he starred in nearly 300 episodes over the course of 12 seasons, you might not have time to revisit them all before “Organized Crime” hits the airwaves. Here’s a refresher of the Stabler highlights to catch you up.

In the Season 7 episode “Fault,” Detectives Stabler and Benson are hunting rapist/kidnapper/murderer Victor Paul Gitano (Lou Diamond Phillips), when Benson gets injured in the scuffle. Instead of running after Gitano, Stabler stops to help Benson, prioritizing her over catching the suspect. It’s an agonizing moment, since both are committed to the job — but it also emphasizes the personal connection between them (even at the occasional cost of doing their jobs to catch the bad guys).

In “Solitary” (Season 11), Stabler spends three days in solitary confinement. He’s motivated by an encounter with Callum Donovan (Stephen Rea), an ex-con who’s so traumatized by his experience in the hole that he pushes Stabler off a roof in an effort to avoid going back. After seeing the psychological horrors up close and personally, Stabler helps ensure that Donovan won’t have that experience again upon his return to prison. It’s a rare time that the often hot-headed Stabler sympathizes with a perp who tried to kill him — and it showcases his empathy.

Stabler’s private life — including his tumultuous marriage and his five kids’ problems such as eating disorders — is a constant hum in the background of his story. In episodes where it came to the forefront, it made for powerful TV, such as Season 2’s “Wrong Is Right,” which sees his oldest daughter Maureen (Erin Broderick) disturbed by a man on fire that they stumble upon (fair enough!) Stabler, who’s jaded to the sight, struggles with how to help her — summarizing his home issues in a nutshell.

The Season 9 episode “Paternity” focuses on the tightrope Stabler walks balancing his job with his family — and what happens when he topples over. While working on a case in which a father finds out that his son is not biologically his, Stabler begins wondering about Katherine’s (Isabel Gillies) pregnancy, since they’ve been separated. After he confronts her and they argue, she gets injured in a car accident and goes into labor. It’s a dramatic arrival into the world for baby Elliot Jr.

Stabler’s swan song on “SVU” was the Season 12 episode “Smoked,” a tense sequence when a victim’s daughter Jenna Fox (Hayle McFarland) is brought into the squad room to get closure, only for everything to go horribly awry. A traumatized Jenna shoots up the place — killing Sister Peg (Charlayne Woodard), forcing Stabler to shoot Jenna and then resign (off-screen). It leaves a lot of material to jump off for his big return.

Italy headed back to lockdown amid COVID spike
World News