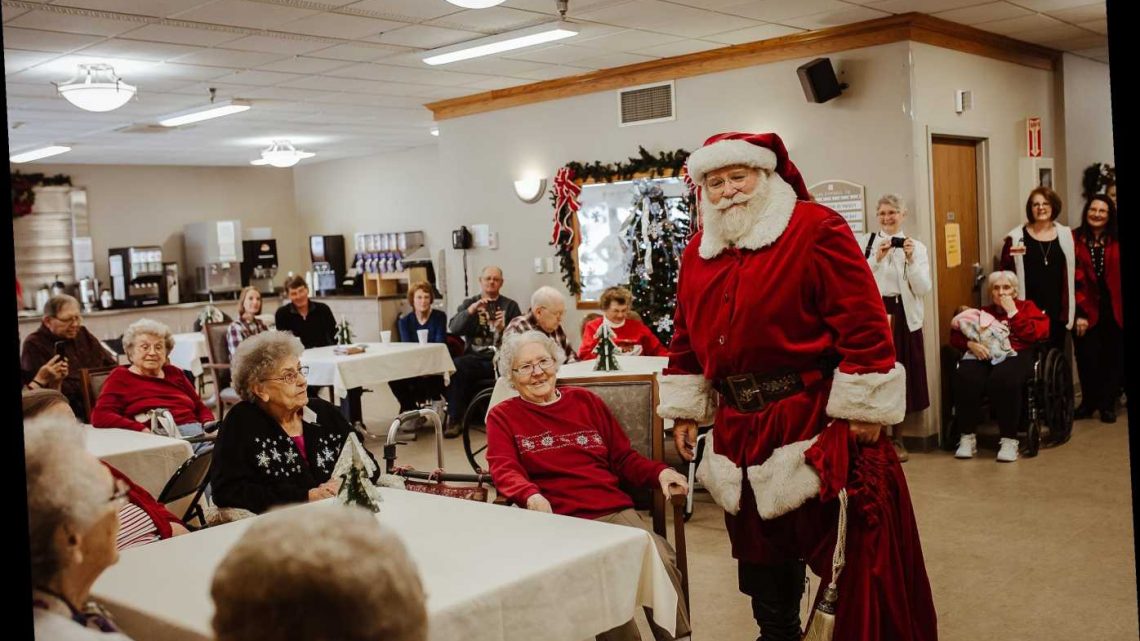 The Hallmark Channel may be known and loved for its slate of holiday movies, but this year, the network is taking its Christmas cheer one step further.

The channel brought out all the stops to transform the small town of David City, Nebraska into a full-fledged winter wonderland as part of its new Hometown Christmas initiative, which honors towns each year where “the Christmas spirit knows no bounds.”

David City, home to just 2,900 people, certainly fit the bill, and for one very special reason: it’s the hometown of Hallmark Cards founder Joyce C. Hall, who was born there in 1891.

The town has faced economic struggles in recent years, including the recent closure of Fargo Assembly, which employed about 200 people locally, CBS affiliate KOLN reported.

But the festive spirit was at an all-time high when the Hallmark Channel came to town on Oct. 30 to transform downtown into Candy Cane Lane, complete with a Santa Claus, food, caroling and a “Letters to Santa” booth.

The joyous occasion, which was captured on video by Rossi Bros Media, saw Santa himself arrive in a 1910 Ford Model T and spend quality time with children and families before the 5,000 onlookers watched a special tree lighting.

“This is the shot in the arm we needed,” Renee Kosch of Same As It Ever Was antiques says in the video. “It’s a Hallmark Christmas miracle.”

Other locals, like Carol Fuxa of the Butler County Area Foundation, recalled the festive spirit that had since faded from David City, and attributed the drop in joy to the loss of local flower shop owner Jolene Fichtl, who died in 2016.

Fuxa says in the clip that Fichtl used to hire friend Mike Novotny to organize carriage rides around the holidays, a signal to David City residents that the season had begun.

Novotny, who has been fighting cancer for the past three years, was honored during Hallmark’s visit as the honorary tree lighter.

“That’s the one thing about this community. It does pull together in times of need,” Novotny says in the video, which also features the original song “Hometown Christmas,” by Kelley Jakle of Pitch Perfect fame and Tom Strahle.

The transformation was completed as part of a partnership with David City’s Chamber of Commerce and local business district.

“From North Pole, Alaska to Santa Claus, Indiana, and everywhere in between, America’s small towns and cities at Christmastime remind us of what it’s truly like to live in a holiday-haven worthy of a Hallmark movie,” Bill Abbott, president and CEO of Crown Media Family Networks, said in a statement. “Our goal is to highlight cities and towns that reflect the true meaning of the holiday spirit and show the goodness in our country and our communities that is sometimes overlooked.”

The Highest Grossing Emily Blunt Movies Of All Time

'The Mandalorian' Has Already Been Nominated for Something: Best Publicity Campaign
World News