Home » Lifestyle » ‘Christmas Ever After’ Star Ali Stroker: It’s A ‘Gift’ To ‘Bring My Disability To Every Character I Play’ 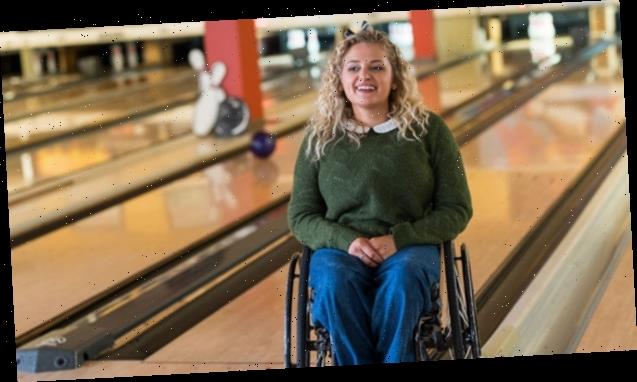 ‘Christmas Ever After’ Star Ali Stroker: It’s A ‘Gift’ To ‘Bring My Disability To Every Character I Play’

Ali Stroker is making history starring in ‘Christmas Ever After.’ HL spoke EXCLUSIVELY with Ali about disability representation, Izzi and Matt’s love story, and more.

Christmas Ever After is Lifetime’s latest movie in its’ annual It’s A Wonderful Lifetime lineup. The movie stars Tony winner Ali Stroker as Izzi, a popular romance novelist who spends every Christmas at her favorite snowy bed and breakfast, but this year, she’s faced with an impending deadline and a severe case of writer’s block. However, inspiration strikes in the unlikely form of the B&B’s new owner Matt (Daniel di Tomasso), who bears an uncanny resemblance to the handsome hero from Izzi’s novels.

The movie is part of Lifetime’s dedication to inclusion and diversity. Christmas Ever After its first movie starring a lead actor with a disability. HollywoodLife talked EXCLUSIVELY with Ali, an actor who uses a wheelchair, about bringing a character with a disability to the forefront in a Lifetime Christmas movie. 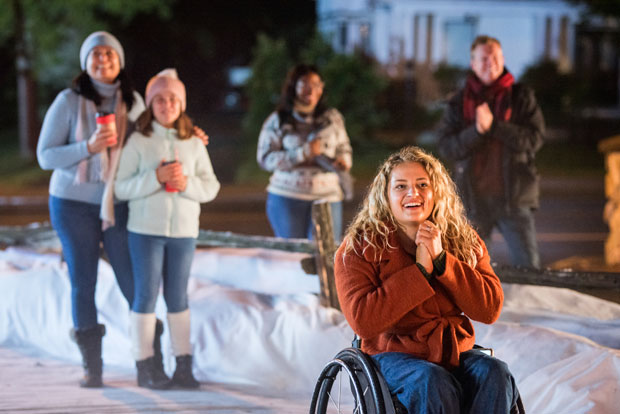 “First of all, Lifetime is on the right side of history,” Ali told HollywoodLife. “Diversity is our world. It is our reality, and I just love that they are making this year’s Christmas movies include that so little kids at home who might feel like they’re different in their communities, they might be watching the movie and see themselves represented. Representation can mean so much. I didn’t have representation when I was a teenager, and it really affected me. It is an honor to be able to bring this character to life. Because I am in a wheelchair, because I have a disability, all of the characters that I play are going to be in a chair, and I think that’s a gift to be able to bring my disability to every character I play.”

Ali’s love for Christmas Ever After started with her character, Izzi. “She was a hopeless romantic, and she was really immersed in her career, which is something that I completely identify with,” Ali continued. “But she knew that she really wanted love in her life, and I just love the way in which the story unfolds, where her love interest looks exactly like the character that she writes about in her books. It’s such a fun romantic comedy.” 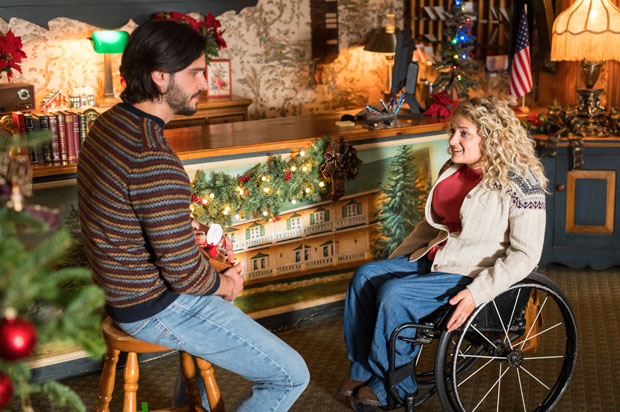 When it comes to the romance, Izzi and Matt’s love story starts out as a friendship. Ali admitted that she appreciated that the characters didn’t just jump immediately into a relationship. “They begin as friends and two characters that challenge each other, which feels real to me,” Ali said. “The connection doesn’t always begin with having a crush. Sometimes you need somebody who tests you and that is exciting and real. That’s the kind of love that I have always been drawn to.”

Christmas Ever After was filmed during the COVID-19 pandemic. Ali admitted that many more “precautions” were taken, but it helped everyone feel safe while filming. “There were a lot more steps involved, but I have to say that every single person working on this film was so respectful,” Ali told HollywoodLife. “They were so aware and always checking in. They really made me feel safe. They took all the precautions. I got tested every few days. We had masks and shields. We definitely took a little bit more time with all the precautions. But there’s nothing more important right now than feeling safe because you can’t do your job if you don’t feel safe. I just think that Lifetime and the production company and our producers did a really, really good job.” 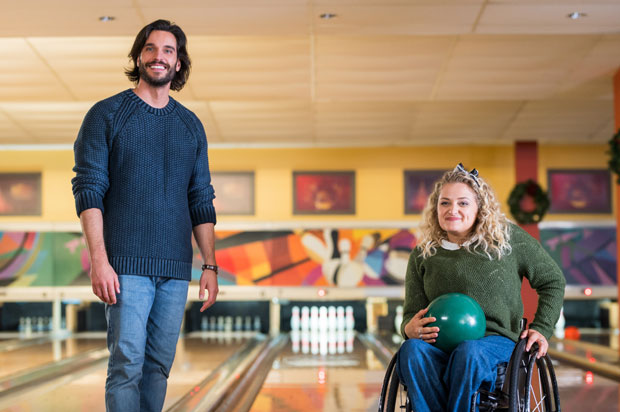 Ali and her co-star, Daniel, also used plexiglass between them for their kissing scenes because of the ongoing health crisis. Ali revealed she felt like she was at a “teenage sleepover” when she found out about the plexiglass. “It felt like a dare or something. It was so funny. There was lots of giggling. I was giggling so much,” she said. Christmas Ever After will air Dec. 6 at 8 p.m. on Lifetime.