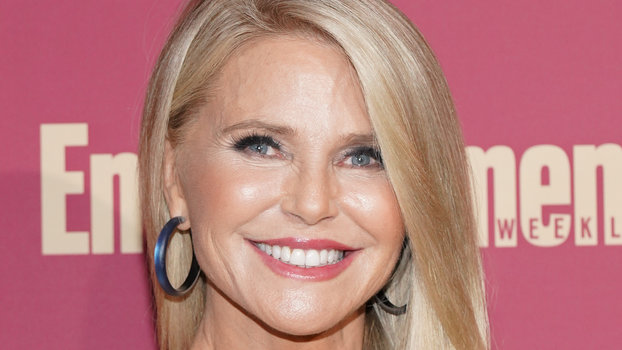 Christie Brinkley’s Favorite Mascaras Will Cost You Less Than $10

Christie Brinkley is only getting better with time.

The 65-year-old effervescent supermodel and mom of three exudes beauty inside and out, and has nailed the secret to aging gracefully. So when Brinkley stopped by Entertainment Weekly’s Pre-Emmys party Friday night at Hollywood's Sunset Tower Hotel in a black and white Self Portrait mini dress, we couldn’t resist asking her to spill her best beauty secrets.

Brinkley, who is competing on Dancing With the Stars this season, didn’t shy away from admitting that she loves quite a few beauty products, sharing with InStyle that she swears by Bobbi Brown and Giorgio Armani foundations. “Bobbi Brown foundations are great, because they have a lot of yellow and gold in them, so it makes your skin really come alive," she says. "Same thing with Giorgio Armani. I love that he offers a lot of textures. Some of them are so watery that it almost feels like next to nothing on your skin.”

“I always pack one of those if I'm going to the Caribbean because it's got great sunblock in it and it's thin, so people don't even know you have anything on,” she continued. “I could smear it all over my whole body. It's very good.”

For her eyes, Brinkley loves splurge-worthy Cle de Peau under eye concealer, but is happy to be a little frugal when it comes to mascara. “I think [Cle de Peau concealer] has a really beautiful texture and you can get as much coverage as you need or as little,” she said, adding, “I love drugstore mascaras. Cover Girl and Maybelline are great mascaras. I think there's a lot to be found in the drug stores.”

RELATED: This Year’s Best Mascara Is Only $8

VIDEO: How to Get Christie Brinkley's Bombshell Blonde Hair

But Brinkley’s best beauty secret is something intangible, though. “A smile,” she said, flashing her pearly whites. “Honestly, I don't think there's anything better you can put on your face than a smile.”