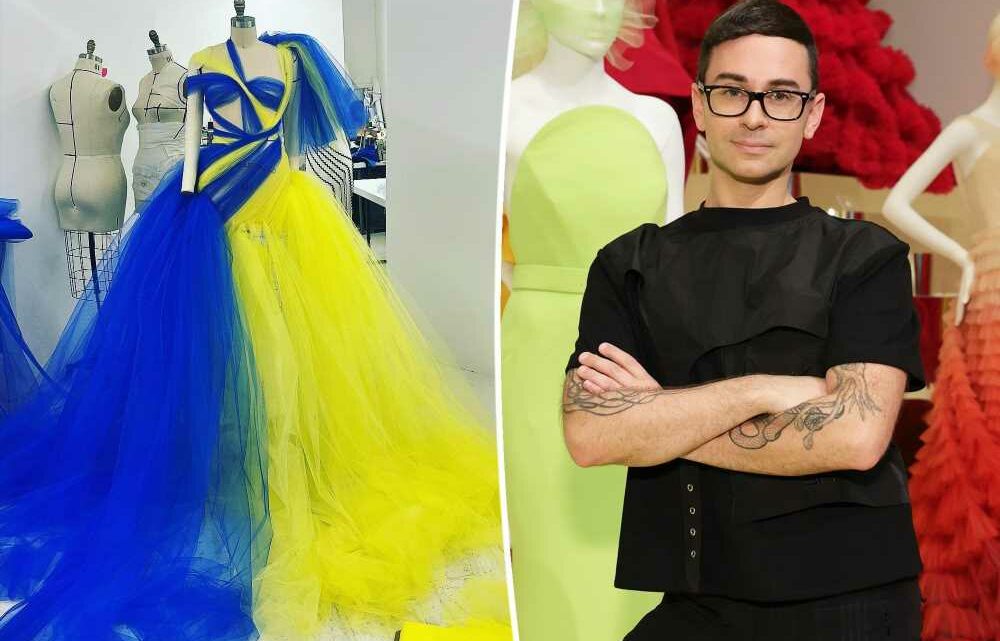 As the war in Ukraine continues, the fashion world is stepping up to help.

Christian Siriano is the latest designer to offer his support for the people of Ukraine, posting a photo on Instagram Wednesday of a custom blue-and-yellow gown for a good cause.

“As a designer our voice is our clothes!” the “Project Runway” alumnus said, sharing a snap of a billowing tulle creation in the colors of the Ukrainian flag that will be auctioned off to benefit charity.

The designer, who is a favorite of stars like Ariana Grande, Lizzo and Lady Gaga, added that “if a few bolts of tulle can help save someone then YES, we will be donating this gown to the highest bidder possible and matching that donation for Ukraine.”

Featuring a full skirt split into blue-and-yellow sections and a criss-cross bust, the tulle piece finishes off with a dramatic flounce at one shoulder. 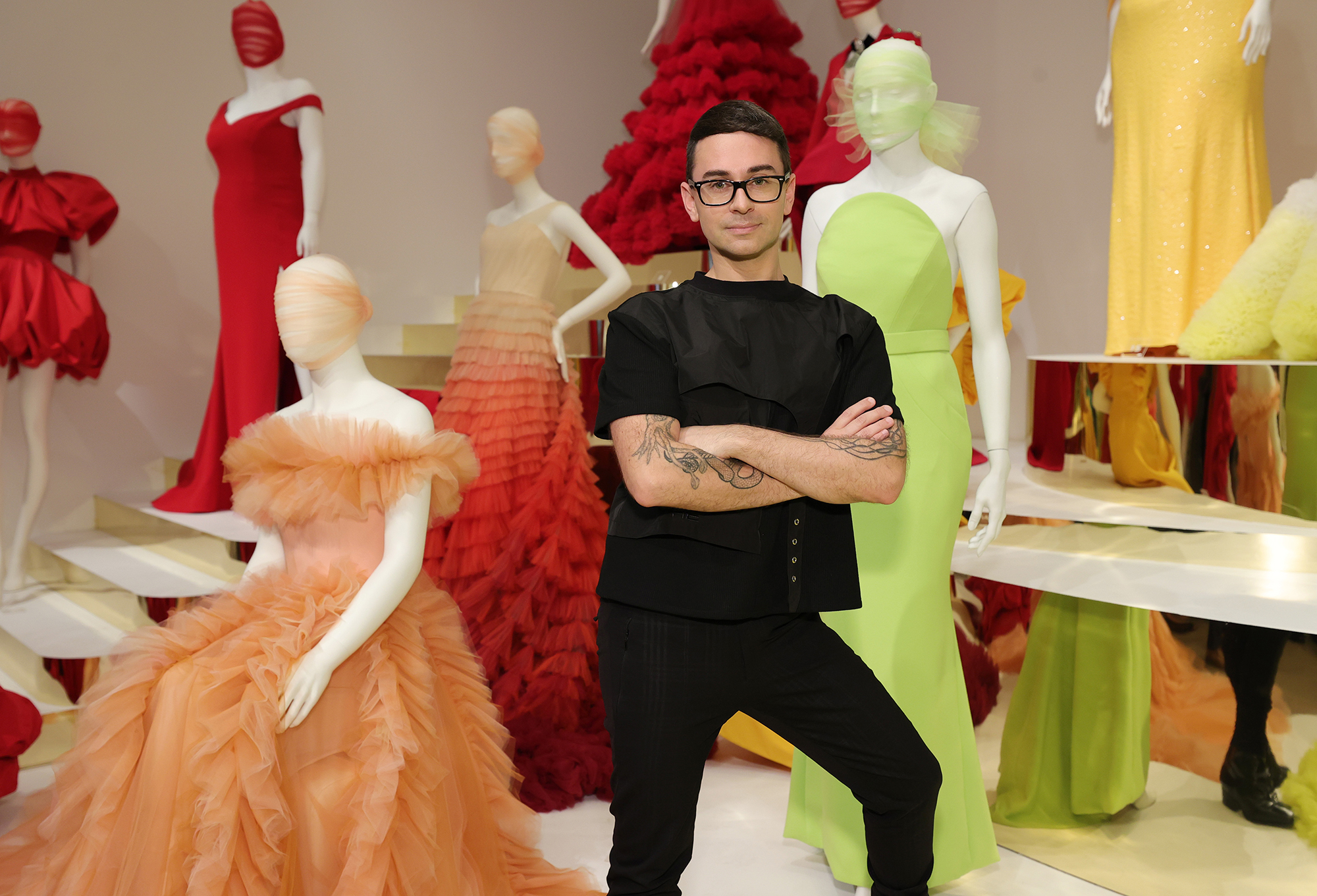 “Prayers are with anyone suffering right now,” Siriano added to the end of his caption, along with blue-and-yellow heart emojis.

“I so hope a celeb gets this and wears on Oscar red carpet,” one follower commented, while another said, “THAT is what fashion is about! Thank you Christian.”

Siriano joins major fashion designers and retailers who have made donations or halted operations in Russia over the past few weeks, including Burberry, Chanel, Gucci, Valentino and Louis Vuitton.

Supermodel Gigi Hadid — who has faced criticism for her comments comparing the war in Ukraine to the conflicts in Palestine — also announced she’d be making a donation to help the people of Ukraine.

“I am pledging to donate my earnings from the Fall 2022 shows to aid those suffering from the war in Ukraine, as well as continuing to support those experiencing the same in Palestine,” she posted on Instagram Sunday.

As for Siriano, he didn’t state when bidding for his custom creation will end, but those interested in owning the stunning gown can contact [email protected] 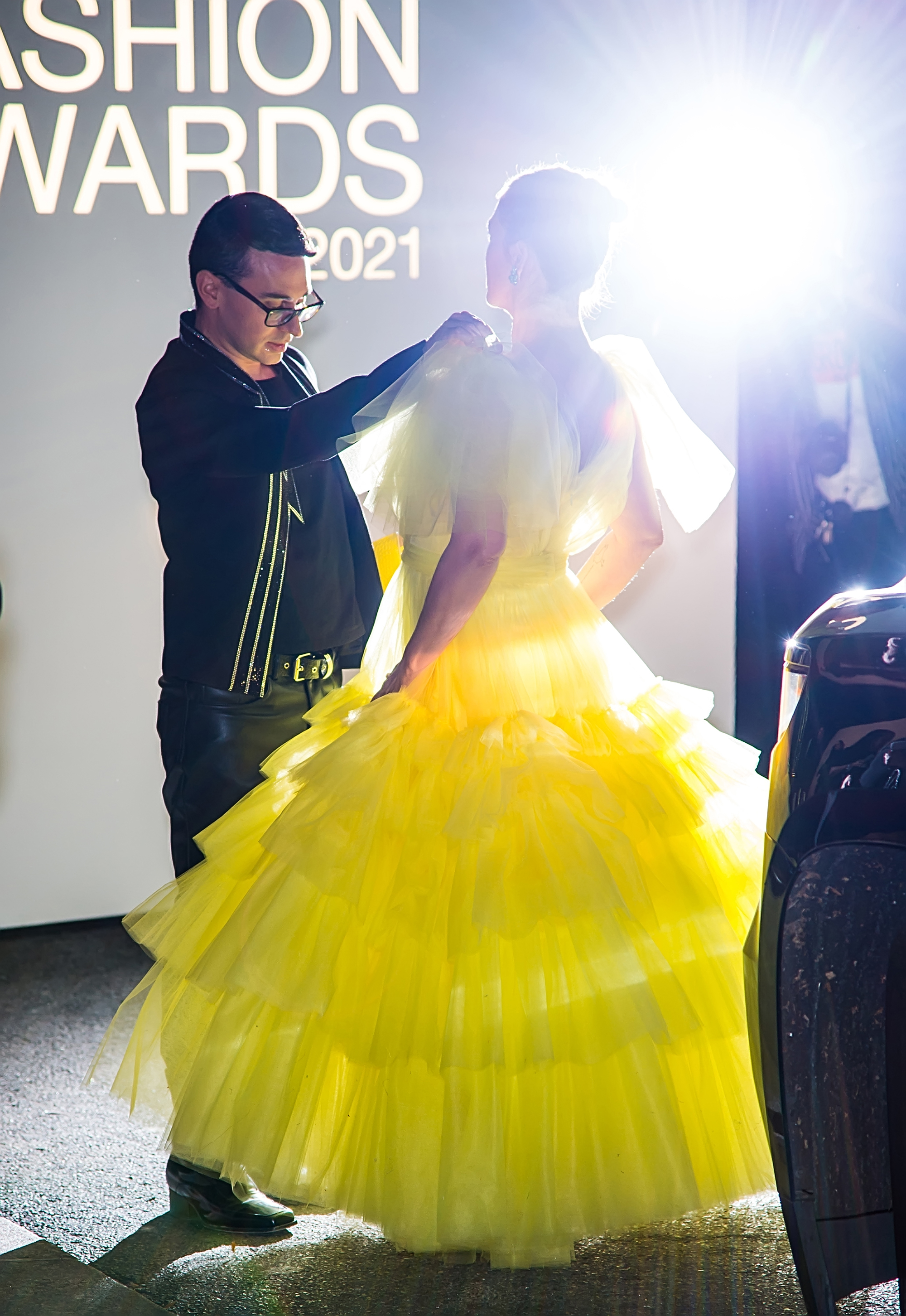 From Easter to Florals, These Are the Best Spring Decor Pieces at Target
World News