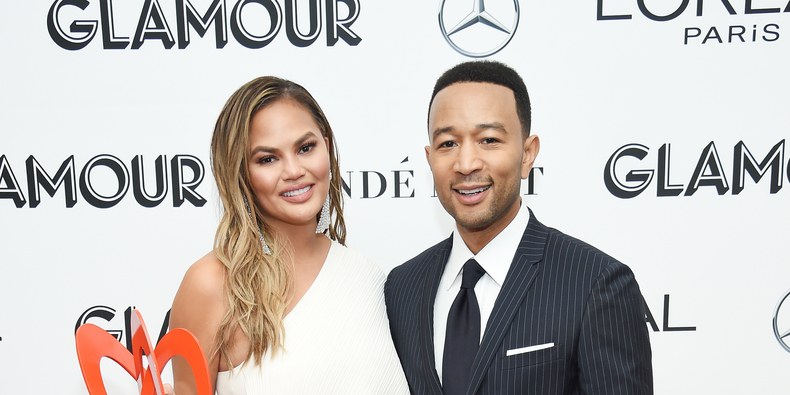 Nobody throws a party quite like Chrissy Teigen. To celebrate her husband John Legend’s 40th birthday, Teigen threw a lavish, James Bond-themed party in Los Angeles, which was packed with many of the power couple’s famous friends. And if you’re like us, and you’re invite also got lost in the mail, fear not. We’ve got the details of what went down at the exclusive bash.

First, the guest list. Of course, Teigen and Legend’s close friends Kim Kardashian and Kanye West were on hand, as was Kim’s sister, Kourtney Kardashian. Celebrity hairstylist Jen Atkin was also there, and was seen posing in front of a shimmering, Bond-inspired 040 logo. Alicia Keys was also photographed inside the party.

.@KimKardashian shares some candid photographs of her, her husband, her best friend @chrissyteigen and her husband @johnlegend at John’s 40th birthday party!

Take a look at the stunning photos; pic.twitter.com/WkKgbb0RnL

My aunt just sent me pictures of her partying at John Legends birthday party and I just wanna know why didn’t he send me an invite ?. All my faves were there pic.twitter.com/EAnRMx0gMX

But the big winner of the night, apart from Legend himself, of course, was the couple’s baby boy Miles. Teigen dressed her youngest son as a mini version of her husband, complete with a pint-sized tux fit for a king. Prior to the event, Teigen appeared to have trouble deciding whether to dress Miles in a black tux or a white tux, so she took to Twitter for some advice.

“Okay guys," she tweeted Saturday. "Throwing john’s 40th birthday party tonight but need your help dressing mini-john. Which one!" Teigen then shared some adorable photos of Miles in both versions of the suit, and let her followers vote on which one he should rock. In the end, the white tux won out, and it wasn’t close.

As for Teigen, she donned a sparkly gold dress, matched by her daughter Luna, whose outfit was also heavy on the gold. Though not much in terms of social media has been posted from the party, which is strange considering how prolific at social media those who were in attendance actually are, it does look like there were casino games and a photo booth to keep guests busy. We’re going to go ahead and guess that good fun was had by all.