Home » Lifestyle » Chris Pratt Plans To Invite Ex Anna Faris To His Wedding — But Will She Go? 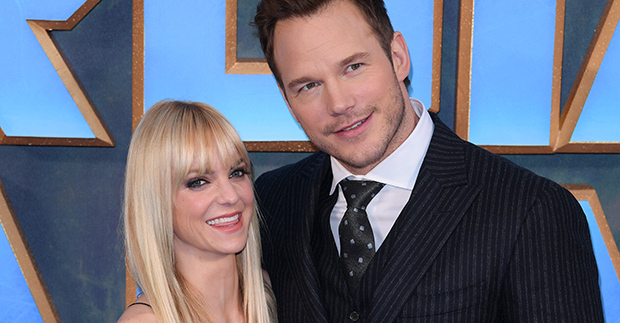 Chris Pratt Plans To Invite Ex Anna Faris To His Wedding — But Will She Go?

Chris Pratt just happily got engaged to Katherine Schwarzenegger on Jan. 13 but he’s already planning the guest list for his wedding and one of the invites is going to ex Anna Faris!

Chris Pratt, 39, is getting ready to walk down the aisle with new fiancee Katherine Schwarzenegger, 29, and he’s proving he has no beef with ex-wife Anna Faris, 42, by inviting her to the wedding! The hunky actor is feeling great about his decision and although it’s quite a nice gesture, he’s not so sure Anna will want to join him and his wife-to-be for the festivities.

“Chris would welcome Anna to his wedding with open arms and will invite her but expects that she will not be there or accept the invite,” a source close to Chris EXCLUSIVELY told HollywoodLife. “Anna is totally cool with how everything has taken place and shaped out with Chris and his new relationship, and she would love to share in the day but would rather not take part in it because it will take away from everything. Anna wouldn’t want to be a distraction but everyone is on the same page and happy for each other.”

Anna showed off her happiness for Chris when she commented on his Instagram post about his engagement and congratulated him. “I’m so happy for you both!! Congratulations!” her comment read. Chris and Anna were married back in 2009 and had son, Jack, 6, in 2012 before announcing their separation in 2017. Their divorce was finalized on Oct. 16, 2018 but now that they’ve both romantically moved on (Anna’s been dating cinematographer Michael Barrett, 48, since 2017), there doesn’t seem to be any animosity between the former couple.

“Anna and Chris have a complete understanding as parents and now exes of what they want from each other and there is no uneasiness,” the source continued. “Things actually are very healthy and happy between the two and they both are mature enough to handle this next stage in each other’s lives.”