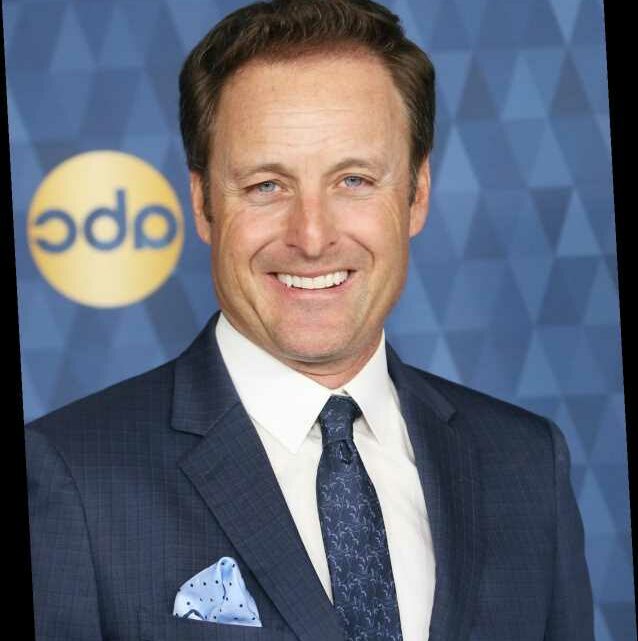 Hi, um, just asking for a friend — did anyone else feel a little hot and flustered hearing Ashley Iaconetti moan erotica written by Chris Harrison during the Jan. 18 episode of The Bachelor? Oh, OK, no? Mhmmm, it’s fine, all good, never mind. I guess I was just caught a little off guard when I learned Harrison published a romance novel called The Perfect Letter back in 2015.

See, I always think of Harrison like Bachelor Nation’s dad — he has a calm, comforting presence, wears plenty of suits, and is equally likely to be cracking a dad joke or encouraging the lead to follow their heart at any given moment. It never occurred to me that he had a side hustle writing steamy sex scenes. But hey, he is a man of many talents!

The Bachelor officially piqued my curiosity about Harrison’s novel, so I flipped through a copy. The Perfect Letter is about Leigh Merrill, a book editor in New York City whose dreamy life — she has a successful career, a smitten fiancé, and a huge trust fund — gets shaken up when she returns to her home state of Texas and is forced to confront complicated memories of her first love. 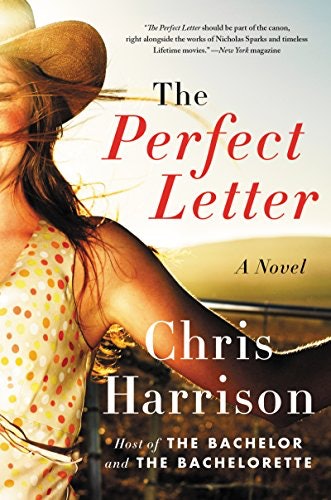 I don’t want to give too much away, but this book also contains murder, blackmail, extortion, plenty of insight into the New York publishing scene, a night of passionate love-making in a bat cave, and a bat tattoo on a buff man’s bicep to commemorate said evening. There is a lot going on in this book! Including red-hot hookups in just about every other chapter.

Here are some of The Perfect Letter‘s most searingly steamy moments.

When Harrison emphasizes the importance of consent.

"She enjoyed the feel of his smooth, cool hands on her shoulders, in the small of her back, pulling her tightly to him. Gently he stripped off her sweater. He reached his hand toward her breast and stopped. ‘Are you sure?’ he asked. ‘Are you sure you want to?’

For a moment she panted in frustration. Why had he stopped? Of course she wanted him — she had initiated it, hadn’t she? She took a breath and said, ‘Don’t stop now, for God’s sake.’"

When Leigh flirts with bondage.

"He was positioning himself over her, raising her hips to meet his, when impulsively she sat up, pushing him off her by the shoulders, and then — a mischievous grin coming over her face — pushed him back down on the bed. She reached into her nightstand, took out a silk scarf, wrapped it around his wrists, and tied him to the bed with it."

When Leigh gets turned on.

"She teased her mouth over his chest, around his belly button, downward, downward. She could feel her own excitement building."

"She’d had no idea the power she could have over him, or how intoxicating that power could be — that she could tease him, seduce him, enjoy him all she wanted."

When Jake tells Leigh exactly how much he wants her.

"With one hand she cupped his buttocks, and with the other, she reached down to feel him hard against his thigh. She took him in her hand and felt his whole body shudder. ‘I can’t —’ he panted. ‘I can’t — Leigh, please, please, Leigh, it has to be now.’"

When Leigh has sex for the first time.

"His mouth on her neck, her breasts. His mouth on the deepest place inside her, his tongue, his wetness melting into her own. Her hands on the back of his hair, on the silk of his shoulders, and she pulled him up to kiss him again before bending over to slide the condom on. Then she lay back and arched her hips to let him ease into her. A quick burst of pain and then it was done, more smoothly than she had imagined. He moved over her, hips pushing into her softness, into the ache, her body so lit with desire she no longer had any sense of where she stopped and he began."

When Leigh and Jake can barely control their passion for each other.

"They clung to each other in a haze of sex and sweat, Jake’s mouth devouring her neck, her breasts, Jake’s hands pinning her down while she writhed beneath him and came so hard she thought she might faint. Her cries were so loud that Jake often had to hold his hand over her mouth to keep her grandfather from hearing a quarter mile off."

When they can’t resist a little PDA.

"Before Leigh could put the keys in the ignition, Jake was leaning over toward her, taking her face in his hands, and kissing her again. In a moment, Leigh thought, they would simply end up tumbling into the backseat and making love in front of the entire town."

When Leigh and Jake get caught in the rain, just like that scene in The Notebook (FYI, Harrison cites author Nicholas Sparks as his inspiration in the book’s acknowledgments).

"She felt every inch of him underneath his wet clothes — the hard, flat muscles of his chest and belly, the length of his long legs encased in wet jeans. Between them, the growing weight of 10 years of lust and longing, the swell of want."

When, wow, Harrison gets X-rated.

"She twined her arms around his neck and bent his mouth first to her own, then to her breasts, as he began to move — gently, at first, like he was afraid of his own good luck, then more forcefully, the pressure between them building. She raised her hips higher to admit him, and grabbed his buttocks and pulled him into her, deep, deeper. She pulled him in until she thought her ribs would crack and her body would collapse with wanting."

When Leigh embraces her dominant side.

‘That was tame, buddy. You haven’t seen rough yet,’ she said, reaching down to smack his bare a** once, twice, leaving a red handprint."

"Leigh closed her eyes and felt the water spraying them both, a wetness on top of wetness, Jake’s tongue flicking over the center of desire gently at fist, then more and more insistent, until she felt a gentle pop and the world was warm around her."

… and then goes ice cold.

"With one hand he opened the lid of the ice machine and took a piece of ice. With the other he slid the strap of her nightgown off her shoulder, revealing her breast. He touched the ice to her nipple, and she shivered. She couldn’t move. She was pinned there by his body, his hands, her own pulsing desire."

When Jake gets turned on.

"Below her, Jake’s body yearned toward her, straight and hard as an arrow. He wanted her; he couldn’t hide it."

When the book reaches a climax (OK, fine, this happens, like, a dozen times).

"She would never stop wanting him, never — and at last he cried out and she took her last stroke of pleasure only moments before he, too, exploded into her."