Celebrities continue partying through the pandemic in Miami

Singer Chris Brown has been accused of hitting a woman during an argument at his Los Angeles home.

LAPD spokeswoman officer Lizeth Lomeli confirmed with Us Weekly that Brown, 32, is currently under investigation for battery in relation to the alleged altercation, where he was accused of striking a woman during a heated exchange, which took place on Friday, June 18 in the San Fernando Valley.

TMZ initially reported the incident, claiming the alleged victim told cops Brown smacked the back of her head so hard that part of her hair weave came out.

No injuries were reported and it is unclear if Brown would face charges.

The Grammy-winner appeared to address the TMZ report with an Instagram Stories post that simply read “YALL SO DAMN 🧢,” with cap being slang for a lie. 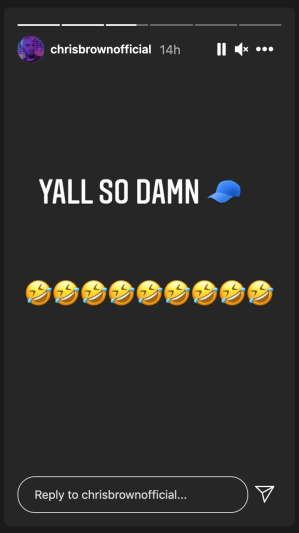 This is the second time cops have been called to the “Loyal” singer’s home in two months, as police shut down his wild 32nd birthday party back in May.

The alleged incident brings to mind his 2009 arrest for physically assaulting then-girlfriend Rihanna. He pleaded guilty to felony assault and completed probation in 2015, in addition to community service and domestic violence counseling.

Packers’ Davante Adams has Aaron Rodgers’ back no matter what, ‘ready to rock’ regardless
World News