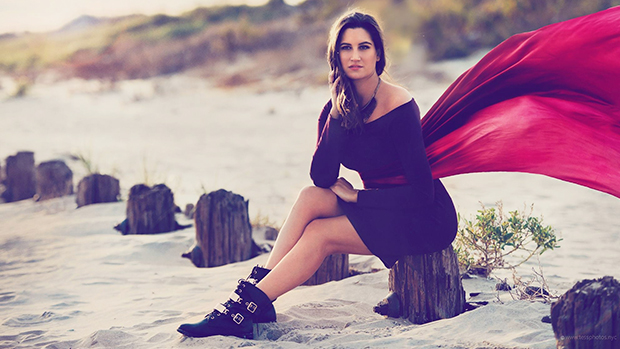 Carolyn Miller Debuts Stunning Holiday Video For ‘Where Are You Christmas?’ — Watch

Rising country singer, Carolyn Miller, is debuting part one of her holiday video series EXCLUSIVELY with HollywoodLife! Check out her incredible performance of ‘Where Are You Christmas?’ here!

Carolyn Miller is kicking off a three-part Christmas video series on Dec. 7, and HollywoodLife has the EXCLUSIVE premiere of her first holiday-themed video! The New York country singer recorded an incredible cover of Faith Hill’s “Where Are You Christmas?” for her first video, and you can watch it above! “Christmas is my favorite time of year,” Carolyn explained, of her decision to share holiday videos with her fans this year. “I love all the lights, decorations, and of course — the music! Magic is literally in the air all month long and there’s nothing like it. I’ve always wanted to make a Christmas album (maybe one day!), but for now, I decided to start a three-week Christmas video series.”

The series will continue on every Friday from now until Christmas, so look forward to more videos on Dec. 14 and Dec. 21! “I wanted to keep it as intimate, honest and authentic as possible,” Carolyn added. “All the videos were filmed live, in one take.” Carolyn filmed the videos at The Hilson Studio in Tennessee — even though she’s from New York, she makes a point to visit Nashville at least once a month to be exposed to the country music community as much as possible. Earlier this year, Carolyn released her debut EP, Unbreakable.

Carolyn is heading to Nashville next week, and will even be playing a show at Frisky Frogs on Dec. 11! If you’re a fan in New York, though, you’ll have plenty of chances to check her out live in the coming weeks, too. Carolyn will be playing Live on Nash FM 94.7 on Dec. 14, and will be part of NYC Country Christmas at Hill Country BBQ on Dec. 20. In 2019, you can catch her at Bowery Electric on Jan. 5 and City Winery/The Loft on Feb. 2. For now, though, check out part one of her Christmas video series above!