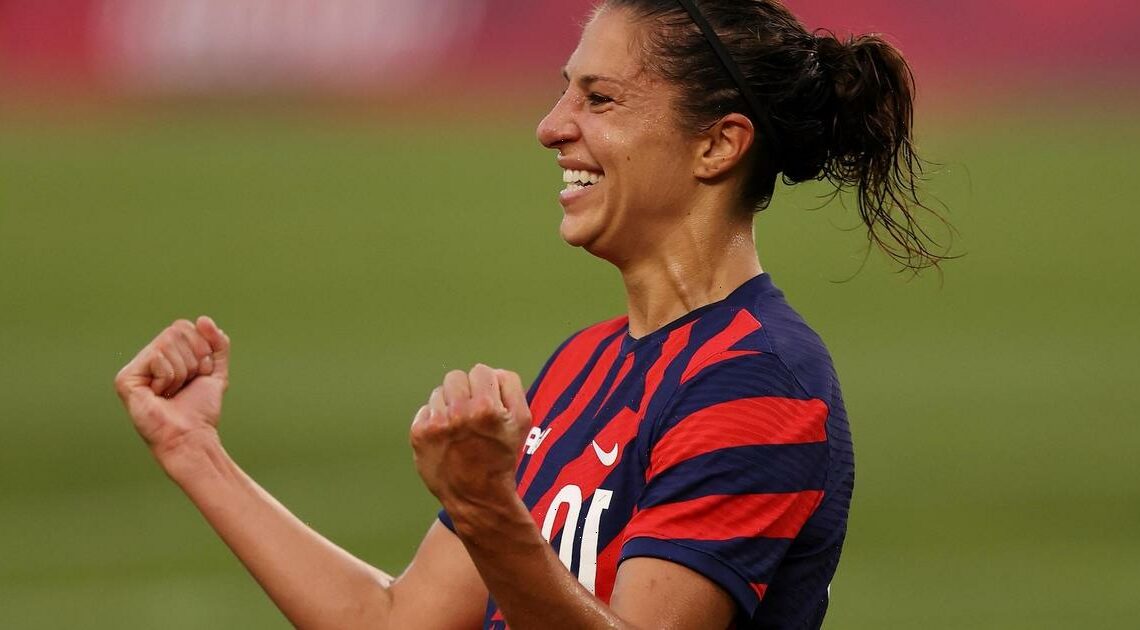 Carli Lloyd, a star with the U.S. Women’s National Soccer Team, announced her retirement on Monday, ending her storied career as one of the most dominant players in her sport. Lloyd, 39, won two World Cups and was the second-most capped player in world soccer history.

“I would like to thank U.S. Soccer for helping to provide the opportunities and memories that will last a lifetime. I am forever grateful to have represented the crest and to be able to play for my country for the last 17 years,” Lloyd said in a statement.

“I will continue to support and cheer this team on and continue to find ways to help grow the game and inspire the next generation. To end my career knowing my family was able to be by my side and share this last chapter with me could not have been any more special,” she added.

Lloyd said she will complete her season with her National Women’s Soccer League team, Gotham F.C., and compete in four additional exhibition matches with the U.S. team later this year before saying goodbye to the sport. 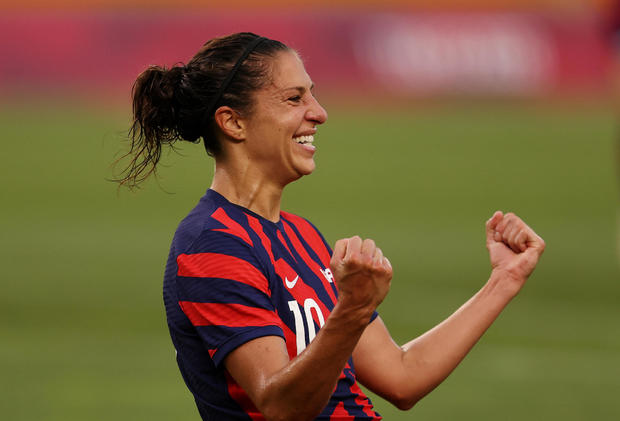 “Through all the goals, the trophies, the medals and the championships won, what I am most proud of is that I’ve been able to stay unapologetically me. My journey has been hard, but I can honestly say I’ve stayed true to myself, to my teammates, my coaches, the media and the fans throughout my entire career and that is what I am most proud of,” she added. “Everyone sees the moments of glory, but I have cherished the work behind the scenes and the adversity that I’ve had to overcome to get to those glorious moments.”

Lloyd was born in Delran, New Jersey, in 1982. In college, she played for Rutgers University where she earned All-Big East honors all four years and was a three-time All-American. In 2002, she made her debut with the U.S. women’s national team.

She has scored 128 career goals, making her the fourth-highest scorer in U.S. history and tying her for fifth all-time scorer in world history. Lloyd also boasts 64 career assists and is the highest-scoring midfielder in U.S. history. 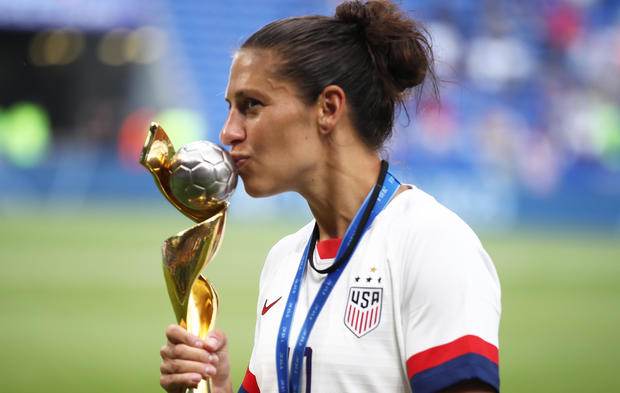 Lloyd won the FIFA Women’s Player of the Year award in 2015 and 2016, becoming one of only two Americans to win the honor twice. She’s also one of four international soccer players to play for their country over 300 times. She also scored game-winning goals at the Olympic Games in 2008, 2012, and 2021, winning bronze for the US in 2021.

One of her most memorable plays was a hat trick — three consecutive goals — at the 2015 FIFA Women’s World Cup Final match against Japan. The last goal was a strike from midfield that cemented Lloyd’s status as legendary in U.S. soccer history. That year, she was awarded the 2015 Golden Ball, which honors the tournament’s best player.

At this year’s Tokyo Games, the U.S. women’s team won bronze after defeating Australia. Lloyd clinched the victory with a game-winning kick, putting her team on top with a final score of 4-3. Later, she hinted this year’s games would be her last.

“I’ve had a different mindset going into this one,” she said in a post-game news conference. “Obviously, I’m at the tail end of my career. At some point, I have to hang up the boots and live life, my husband is eagerly waiting for me to switch off.”