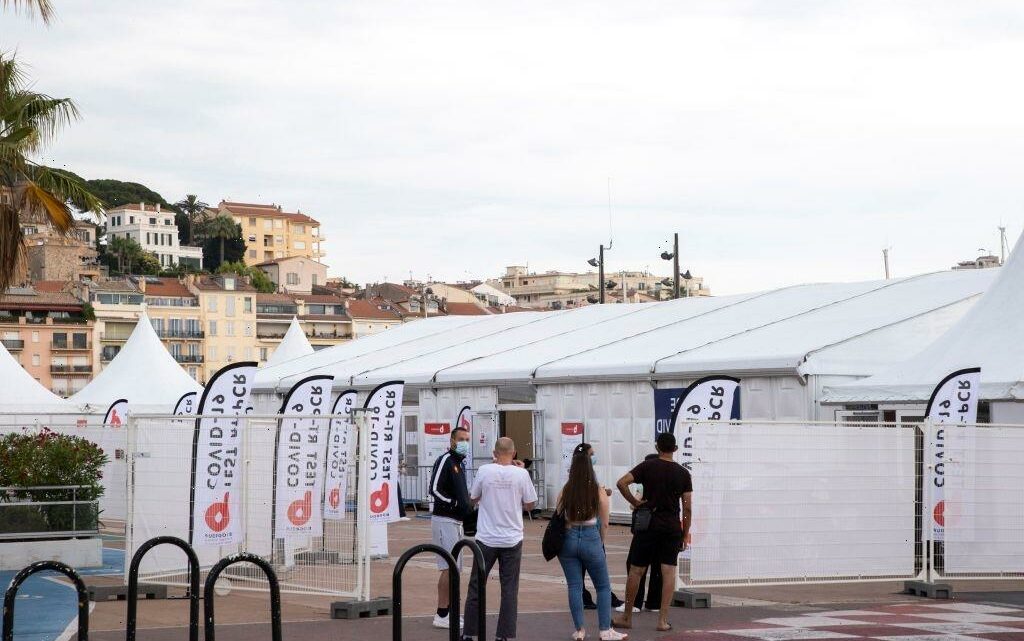 Day 0 at the 2021 Cannes Film Festival and the event’s on-site Covid testing facility has experienced some early teething problems. This morning, the system went down for roughly an hour, prohibiting those who had turned up with booked appointments.

Early-risers waited in line from 8AM local time at the Biogroup site near the Palais and were eventually turned away as staff were unable to register tests. One employee at the facility told Deadline that there had been a connectivity problem with the central server but that it had since been resolved.

The site was fully operational again by 9.30AM and was working smoothly by the time this reporter turned up for his test. The facility also ran successfully all of yesterday, though some attendees reported waiting up to eight hours for their results, rather than the advertised six.

Online booking for testing has been largely seamless so far, with attendees now able to schedule all of their tests for the duration of the festival. Even though tests are booked in 10-minute slots and there is a limit on how many people can register for specific times, employees were not checking those times this morning and anyone who could display a QR code was able to enter.

Non-vaccinated delegates must be able to constantly present a negative result less than 48-hours old to access certain areas of the festival including the Palais, meaning they have to get tested every two days throughout their stay. That also applies to vaccinated people arriving from non-EU countries including the U.S. and the UK. However, a negative test did not appear to be needed for badge collection today.

Yesterday evening, early arrivals were amused by the type of test – a saliva collection – that many were not familiar with. Instead of a nasal or throat swab, delegates are directed to deliver a certain amount of saliva into a tube in small individual booths, meaning the facility rings with the sound of people gathering spit.

In the already scorching conditions here in Cannes, the amount of saliva required has proven a challenge for some, particularly in the early AM after a few rosés the evening before.

However, if you turn up with food, drink or cigarette in hand, or have consumed any of those within 30 minutes of arrival, you will instead be directed to have a swab test in an adjacent area that had a longer queue at the time of writing.

Overall, the majority of early arrivers here quizzed by Deadline seem impressed by the systems Cannes has put in place to safeguard against Covid and are enthused by the festival being able to stage a physical edition despite the challenges.

Deadline has asked the festival for further comment on this morning’s snafu.