Home » Lifestyle » Can YOU spot the impostor? 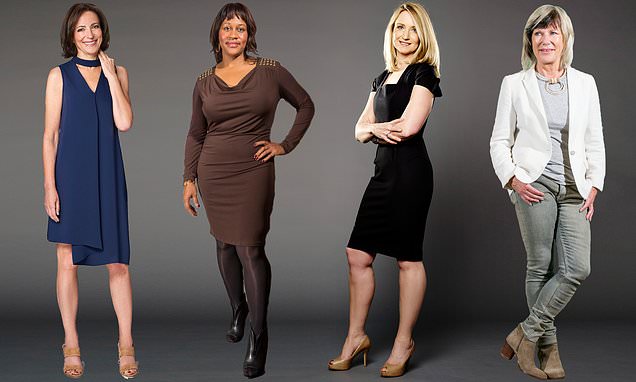 Can YOU spot the impostor?

Can YOU spot the impostor? They’re four brilliantly successful women with one thing in common – they ALL feel like one

Gasps of astonishment must have echoed around the packed hall when Michelle Obama said that even she, a former First Lady with a new book that’s smashing international sales records, feels like she’s not really good enough.

She’d been asked how she felt about being seen as a ‘symbol of hope’. Far from smugly accepting the accolade, she told her audience of admiring schoolgirls: ‘I still have a little [bit of] imposter syndrome.’

She went on to say: ‘It doesn’t go away, that feeling that you shouldn’t take me that seriously. What do I know? I share that with you because we all have doubts in our abilities, about our power and what that power is.’

Michelle Obama! How can this incredibly smart, warm, confident, highly educated, attractive and famous woman — with, incidentally, biceps any of us would kill for — think she’s an imposter? And if she does, what hope is there for the rest of us? 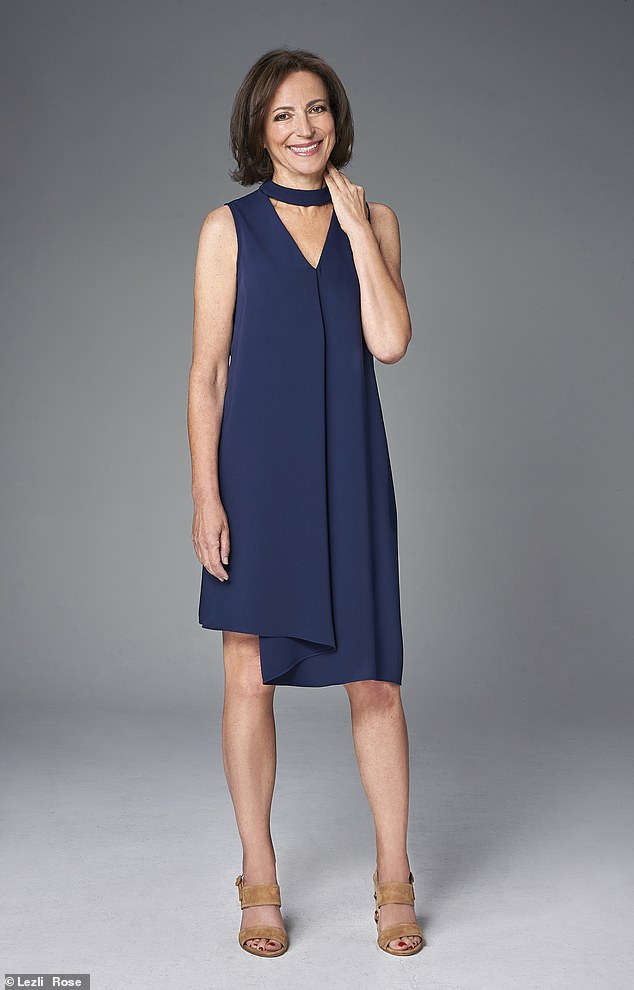 And yet research shows that imposter syndrome, that gut-wrenching sense of being a fraud about to be found out, is if anything more common among successful women than in those who aren’t such high-flyers.

If you didn’t know this, you might almost be tempted to accuse Obama of false modesty. But in fact, just like Facebook boss Sheryl Sandberg, comedian Tina Fey, actresses Meryl Streep and Emma Watson and poet Maya Angelou, she is honestly giving voice to something so many celebrated women know they shouldn’t feel, but do.

I’ve been one of them ever since 1978, when I was 26. I had just been appointed features editor of Cosmopolitan Magazine — and was completely puzzled by my promotion to that elevated position.

Fortunately, around that time I came across a ground-breaking study on ‘The Imposter Phenomenon in High Achieving Women’. Its two female authors had spent five years working with 150 successful women, who nonetheless believed they weren’t very bright and had somehow conned anyone who thought otherwise.

That’s me to a ‘T’, I thought — although my inner imposter went on to add that, as a university drop-out, surely I had more claim to being a fraud than anyone. The women in the study might imagine themselves phonies, but I was the real deal — an authentic phony if you like.

It’s a worry that has dogged my every achievement. When I became editor of Cosmopolitan, I thought my bosses had lost their senses. It’s not rational, but it’s how I felt.

Young women I meet today appear much more confident and articulate than I was at their age — but their imposter syndrome doesn’t seem to be going away.

Girls generally outperform boys at school, yet when asked what they expect to earn five years after graduating, they come up with a figure that’s 20 per cent less than men suggest for themselves.

Even as they climb the workplace ladder, which they increasingly do, women have less confidence than their male peers. 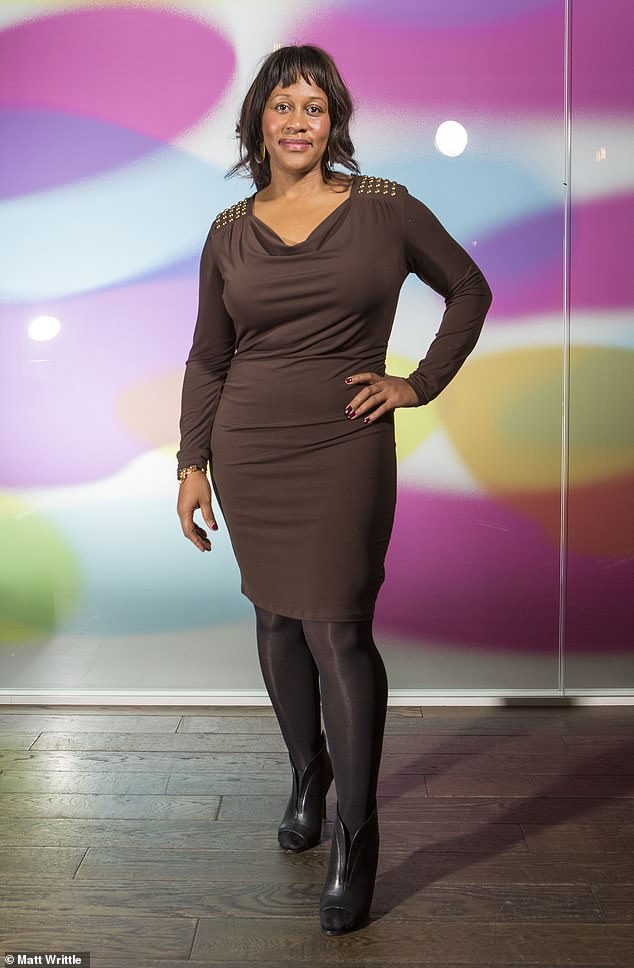 Karen Blackett OBE, 47, (pictured) is the UK’s top advertising executive but says an inner voice often tells her that she ‘shouldn’t be here’ when in meetings where she is a minority

In a report for the Institute of Leadership and Management, half of female respondents reported doubt about their performance, compared to fewer than a third of males.

Men doubt themselves too as Daily Mail columnist Max Pemberton rightly pointed out at the weekend. But they don’t let it hold them back as much as women.

One well-known report found men apply for a job when they meet 60 per cent of the qualifications, but women apply only if they meet 100 per cent of them. Yes, there are many more women in top positions now, but it seems we all sometimes feel like imposters. So what causes this feeling, and how can it be defeated?

I asked three incredibly successful women, each of whom admits suffering from self-doubt, what they believe lies behind those nagging fears — and how they’ve overcome them to build businesses, influence government and support other women . . .

Should I even be here? i thought

Karen Blackett OBE, 47, is the UK’s top advertising executive as country manager of agency WPP and chair of its agency MediaCom. She has one son, Isaac, six.

Sometimes when I’m at the Houses of Parliament or No 10, I have to pause, take a deep breath and remind myself why I’m there: for my business knowledge and my expertise.

It’s when you’re in a minority in the room — which is most of the time for me — that the inner voice saying, ‘I shouldn’t be here’, tends to come out.

Things are changing in my industry but unfortunately, for now in advertising, there aren’t many people like me.

But I’m lucky, because I had fantastic preparation for this from my parents. ‘Get comfortable being memorable,’ my dad always told me. ‘Don’t try and blend in, you’ve got to be who you are.’ When doubt kicks in, I remember him.

Dad came over from Barbados in the Sixties. He was a bus conductor for a year, then got an apprenticeship and became an electrical engineer. My mum trained as a nurse and worked in the NHS for over 30 years.

Now I do a lot of work to support young women in the industry. Although they have fewer hang-ups than my generation, I still see areas where they struggle to be heard, to get their voices across.

My advice to any woman would be to find your cheerleaders — supportive peers at work or in your home life. Everybody has moments when they lack self-belief; cheerleaders will give you the verbal slap you need to remember the true you.

Remember, too, that it’s okay to show vulnerability. It shows you’re human.

I also think everyone needs a bit of fear. It makes your adrenaline kick in, and pushes you to do plenty of preparation and practice. Feeling like an imposter makes you work harder — and that’s how you get ahead. 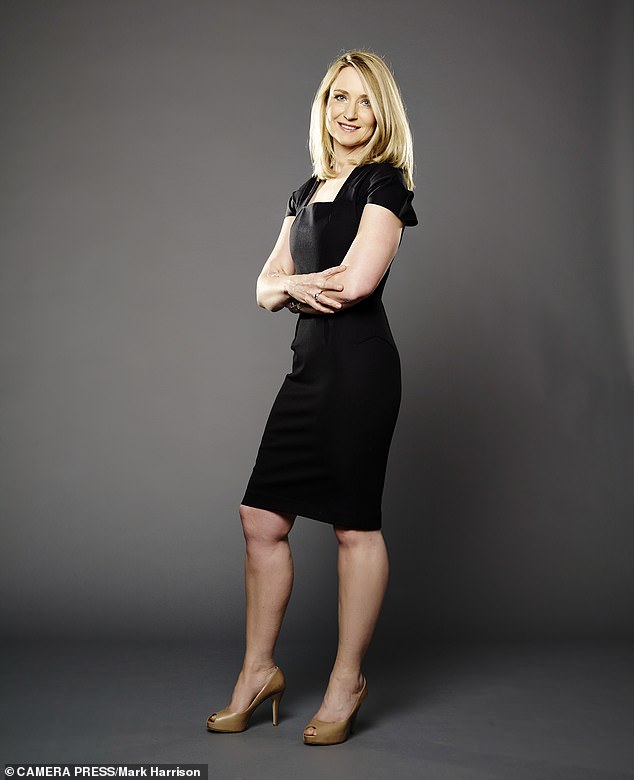 Sophie Cornish MBE, 53, (pictured) worked in advertising before co-founding Not On The High Street. She spent her career with a fear of being caught out each time she was promoted

I bashed myself not the system

Sophie Cornish MBE, 53, is the co-founder of shopping website Not On The High Street, which had sales of £165 million last year. Sophie is mum to Ollie, 21 and Honor, 19. She’s executive director of new lifestyle business Busby & Fox.

Every now and then, that crushing ‘why on earth would they want to listen to me?’ feeling hits me.

I might be about to address 500 people, or just leading a routine meeting. Looking back, I’ve suffered from imposter syndrome most of my life.

At school, I didn’t feel clever enough, sporty enough, or pretty enough. I learned a lot from my mum, the novelist Penny Vincenzi. She taught me and my three sisters that some people are going to be successful, so it might as well be you! And yet every novel’s publication day brought her the terror that this one, this time, was going to bomb.

I didn’t go to university, and in the Eighties I worked on magazines as a beauty writer. Colleagues were generous with training and encouragement and I learned, for a while, to believe in myself.

Then I moved into advertising. The more I got promoted, the more I found myself holding my breath, waiting to be caught out. All the jargon and hype made little sense to me — but instead of criticising the system, I assumed that was a failing on my part.

Around the same time, I became a mother. I remember being told I wasn’t going to get a promised pay rise now I was pregnant again. Such was my lack of self-belief that — to my eternal shame —I just nodded and agreed.

Then Holly Tucker and I set up Not On The High Street in 2006. It was my first venture outside advertising, and I was surprised to find I felt more confident than ever — unstoppable, even. Suddenly there was no right way to do things, no establishment to live up to. It was only when the business got bigger, and I had to deal with people more traditionally educated and qualified, that I felt it all creeping back.

Eventually, though, I got to realise (most of the time) that we’re all pretty much as clever as each other, but with different talents and motivations.

I know now that growing businesses is my talent, and I’m lucky to do what I love. And I do believe self-doubt abates as you get older — at 53, I’m finally getting there.

I questioned why i was invited

Jude Kelly CBE, 64, is the founder of WOW, Women of the World Festival. A former artistic director of the Southbank Centre, she led the cultural team for the 2012 London Olympic bid. She’s mother to Caroline, 30, and Robbie, 27. 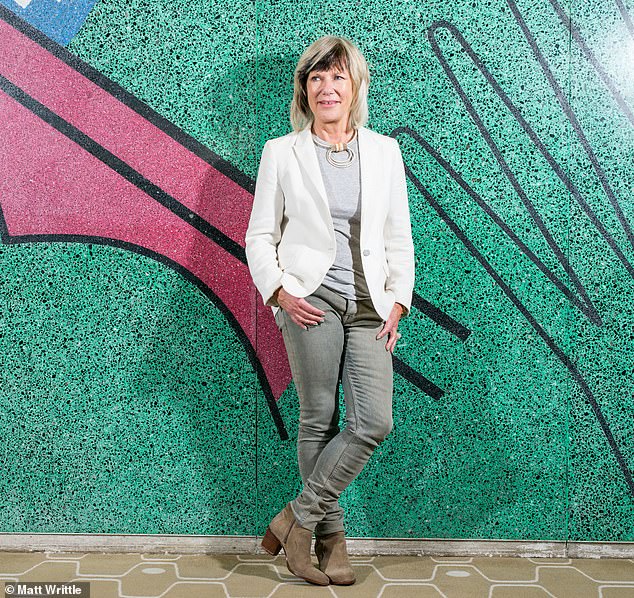 My favourite cartoon shows a couple in evening outfits pressed up against a windowpane, looking in at a party.

Everyone inside the room looks sophisticated. This couple have an invite, and look just the same as those inside. And yet they also look petrified.

‘Yikes, grown-ups!’ one says to the other. For me that sums up imposter syndrome.

So many of us continue to feel like children, always looking up to somebody and never quite believing we’ve got to the place we want to be — even though to anyone else, we look just like everybody in that place.

I’ve felt it when I’m sitting with civil servants on government committees. I even created one of them!

And yet I always have the strongest feeling that everyone else in the room knows how to operate committees, sound intelligent, be intelligent. I’m terrified that the first time I open my mouth they’re going to think, ‘what’s she doing here?’.

But each time you have to think, well, have I got something I really want to communicate?

Because if so, even if I feel frightened and foolish, keeping my mouth shut would not be a grown-up thing to do.

This does apply to men as well as women — but in my experience women tend to have a much more advanced version of imposter syndrome. That’s because if you have ingested, from when you were tiny, a philosophy that tells you women aren’t as good as men, girls aren’t as good as boys, it becomes extremely difficult to put yourself forward and feel entitled to do so.

Looking at the confidence levels of young girls, which seem still to be very low, I don’t think this imbalance has much been driven out of the system at all.

As a theatre director I look at women’s body language, the shying away, the waving of arms, the apology in the voice. That sort of thing doesn’t help anyone. We have to work at those gestures.

Yes, it’s attractive not to assume you’re the bee’s knees — but it doesn’t help for women to be overly modest.

When a woman is clearly an achiever and has the right skills and talent, being self-deprecating gives off confusing signals.