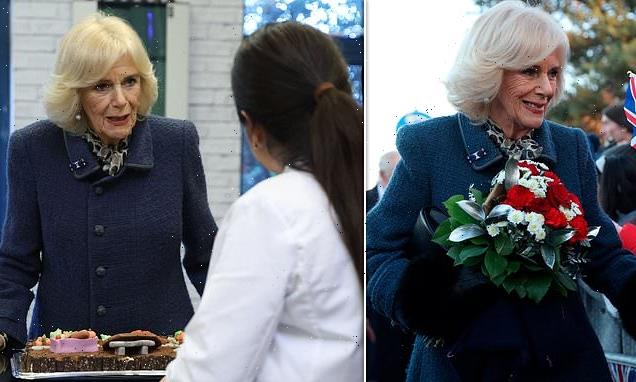 Camilla, 75, and Charles, 73 unveiled a commemorative plaque during their visit to the important community hub, which was founded back in 2014 and is now acting as the HQ hub for 21 boroughs.

The royals were there to recognise how the facility has worked with the most vulnerable communities across London, and its network of volunteers and staff. 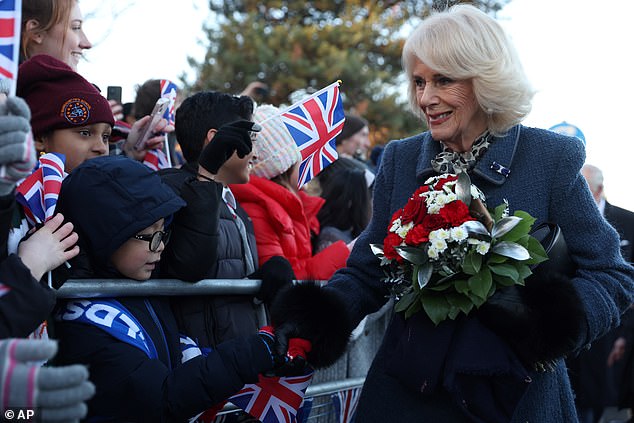 The King and Queen consort met with volunteers and staff who distribute up to 60 tonnes of surplus food to local communities serving over 10,000 people every week from its hub in Harrow.

She finished her look wearing her trademark natural make-up look, pairing a fresh, polished base with a soft pink lip and dark eyeliner. Meanwhile, she styled her blonde long bob into soft waves.

The Queen Consort was greeted by youngsters in the community who presented her with a bouquet of white daisies and red roses.

Both Charles and Camilla appeared in good spirits as they unveiled the plaque, and carried on with their royal duties, after Prince Harry’s and Meghan Markle’s explosive Netflix documentary released its final three episodes today. 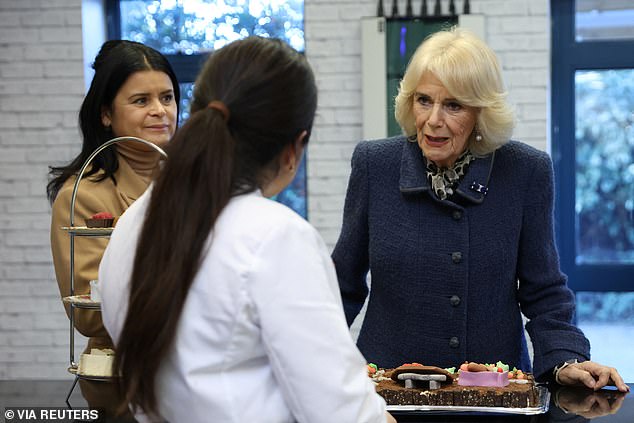 The royals met with volunteers and staff who distribute up to 60 tonnes of surplus food to local communities serving over 10,000 people every week from its hub in Harrow 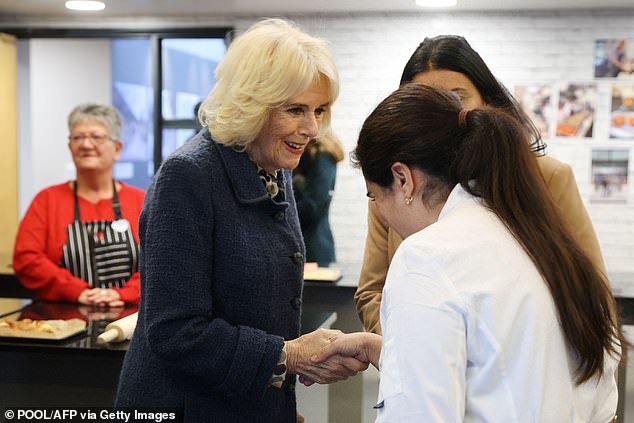 Camilla met with volunteers and members of staff during the visit the important community facilities, which were founded in 2014 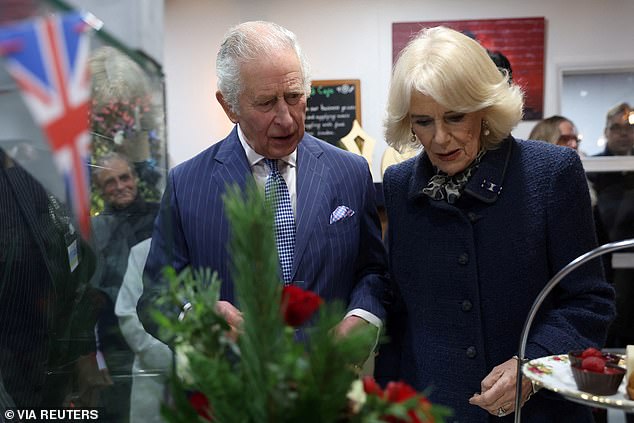 However, the new Monarch and his wife continued with their royal duties.

It was only yesterday that Camilla was told that her recent ‘big promotion at work’ has ‘not gone unnoticed’ during a visit to a London homelessness charity.

Camilla, 75, visited The Emmaus Community at Bobby Vincent House in West Norwood, which has been supporting rough sleepers by providing them with a home, meaningful work and funded training for almost 15 years. 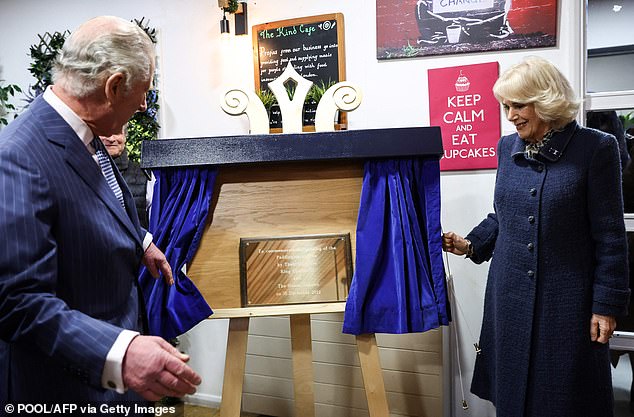 During the engagement, a staff member said to the royal: ‘It clearly hasn’t gone unnoticed to any of us Ma’am that you’ve recently had a big promotion at work. So we’re extremely proud and grateful that you’ve chosen to join us and our community’.

The Queen Consort has been a patron of Emmaus UK since 2006, and has toured many of its communities across the country which have been helping the homeless, known as ‘companions’, for decades.

During her visit, the Queen Consort gave an off-the-cuff speech in which she praised the organisation, noting that she has visited its centres ’13 or 14′ times over the years.

She also pledged that if the charity does open a women’s-only facility, she will come and open it.

While at her engagement, she also looked at donated furniture and home furnishings in the boutique shop of Emmaus SLC, revealing that she is a thrifty shopper who has bagged a bargain in a charity shop. 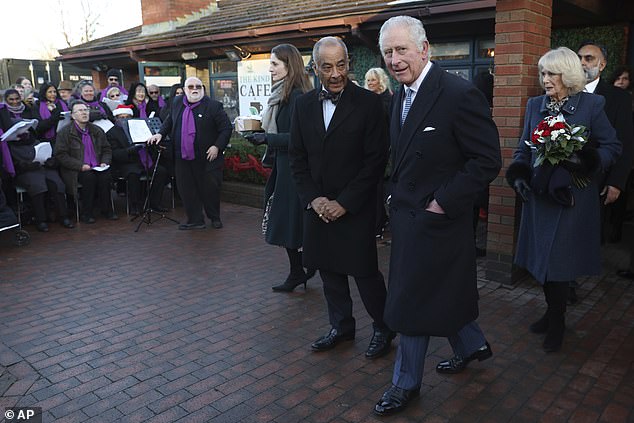 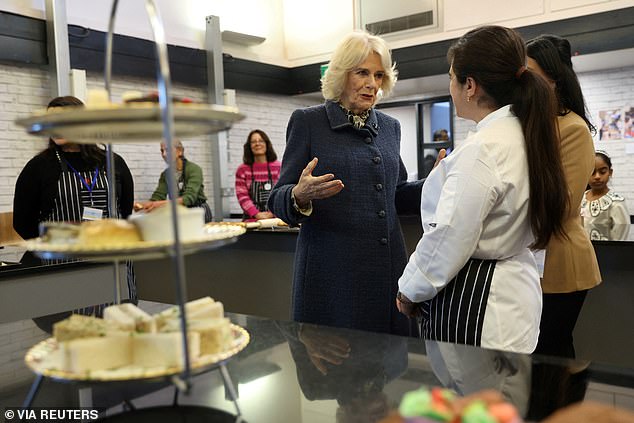