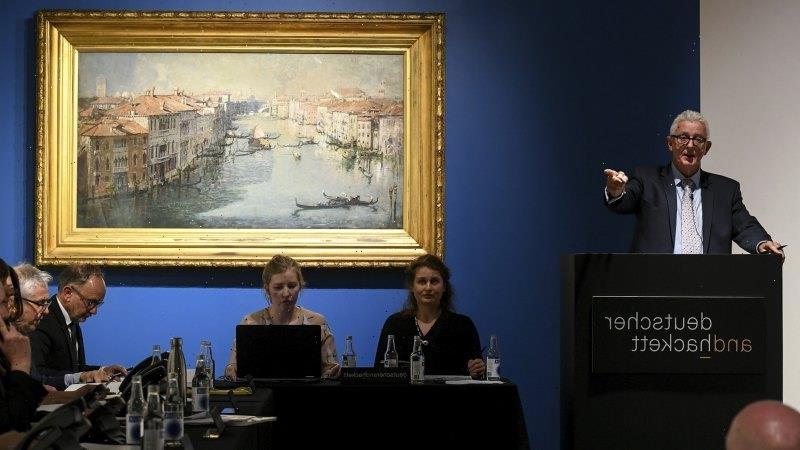 More than $38 million worth of art has been sold through the major Australian auction houses since January, an almost fourfold increase on the $10.7 million reported by the same time last year.

From the blue-chip auctioneers to the multi-category clearance venues, Australia’s art auctioneers have swiftly adapted to bidding through online platforms and business has never been better. 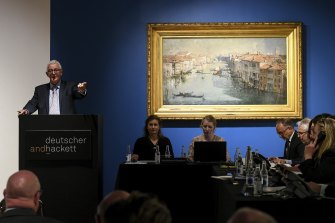 Business has never been better for Australia’s art auctioneers. This picture, taken in April, show’s Arthur Streeton’s The Grand Canal being auctioned off by Deutscher and Hackett in Melbourne.Credit:Penny Stephens

John Albrecht, managing director of mid-range auction house Leonard Joel, said he had “never seen anything like it”.

Albrecht said the online shopping phenomenon had been embraced by art collectors, and some of those collectors were buying art for the first time.

“What we’re seeing is absolutely the gilded cage syndrome,” he said. “[Consumers] have gone from ‘experience spending’ on things like travel to good old-fashioned spending money on things to fill your home with.”

Leonard Joel held a fine art auction on June 8 in Melbourne during a stage four lockdown. There were no bidders in the auction room, with interested buyers able to view artworks only via Facetime calls with curatorial staff who showed them the pictures and sculptures dotted around the gallery walls.

“Eighty-five per cent of the 147 artworks found buyers. In a stage four lockdown it’s beaten its budget and grossed $829,000,” Albrecht said. “It’s distasteful talking about how gangbusters the art market is because I’m conscious some other businesses are doing it tough.” 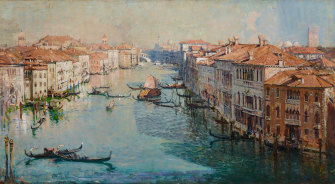 Industry-wide, the top 10 highest prices at auction in 2021 have, as usual, been paid for large canvasses painted by dead, white men.

The late Bessie Davidson is the only female artist in the top 10, with her still-life Interieur (1935) selling for almost $700,000 – more than double its upper estimate, in a price driven by private collectors and public institutions’ endeavour to equal the historical gender imbalance. 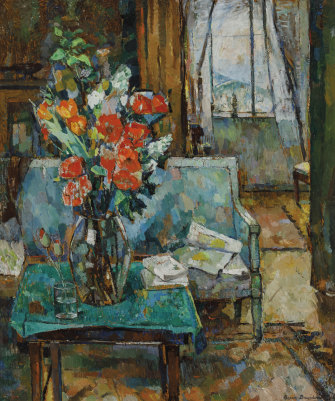 Record prices are being set for living artists, too, with an edition of the acclaimed photographer Tracey Moffatt’s most famous series, Something More, fetching $270,000 in March.

Other living artists benefiting from the upswing are Imants Tillers, Michael Zavros and Ron Robertson-Swann, whose model of his once-maligned civic sculpture Vault, nicknamed The Yellow Peril, fetched $55,000. Those living artists can earn a five per cent royalty from the transactions but only if the artwork has been sold twice before. 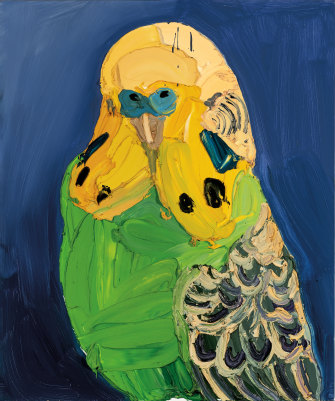 The modest auction total for this time last year reflected the fact art auctions were largely on hold from late March until June. Then, as the auction houses ramped up their online trading in an attempt to return to business, sellers were reluctant to release items for sale.

“We were looking at an absolute disaster,” said buyer’s agent David Hulme.

In the second half of 2020, the art market rebounded so strongly that by year’s end, $108 million worth of artworks had been sold, a figure comparable to the pre-pandemic 2019 total of $111 million and 2018 industry total of $107 million.

“A lot of my clients would normally be spending six to eight weeks in Europe,” Hulme said. “They can’t go and so there are now more buyers out there than sellers.”

Scrutiny of the figures reveals that in 2020 fewer artworks were sold, and limited stock generated higher prices per artwork. But these high prices aren’t just reserved for art.

During the recent lockdown in Melbourne, Leonard Joel sold more than $800,000 worth of jewels.

The company has sold more than $7 million worth of jewellery in the past 12 months, double what it had budgeted for.

International auction house Bonhams also sells jewellery, in addition to vintage cars, prints, Asian art and many other categories of collectables at offices all over the world. 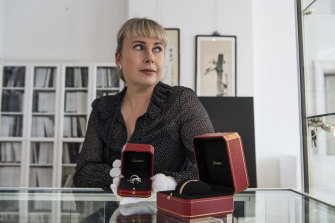 Bonhams Australia director Merryn Schriever said there’s a lot of “discretionary money” available to certain people and auction houses are working harder to reach them. She has doubled her photography budget and boosted spending on video, while the company saves money by printing fewer catalogues.

“I don’t think it’s business as usual,” she said. “All the old barriers have vanished, such as buyers [no longer] seeing the works.”

As a consequence, Schriever said international buyers are swooping into categories and territories they previously didn’t – for example, buyers from Hong Kong are increasingly turning to jewels and Asian art.

In these conditions, the market for Australian art should be growing, year on year, but it currently remains stable.

“I don’t see enough diversification in the collector base,” Schriever said.

Retail galleries confirmed trade had been stable during the past year – but the art market’s greatest achievement is that it has not decreased on account of the various COVID-19 shutdowns.

Albrecht said the market will contract when international travel resumes, but in the meantime: “I’m expecting another year of this”.