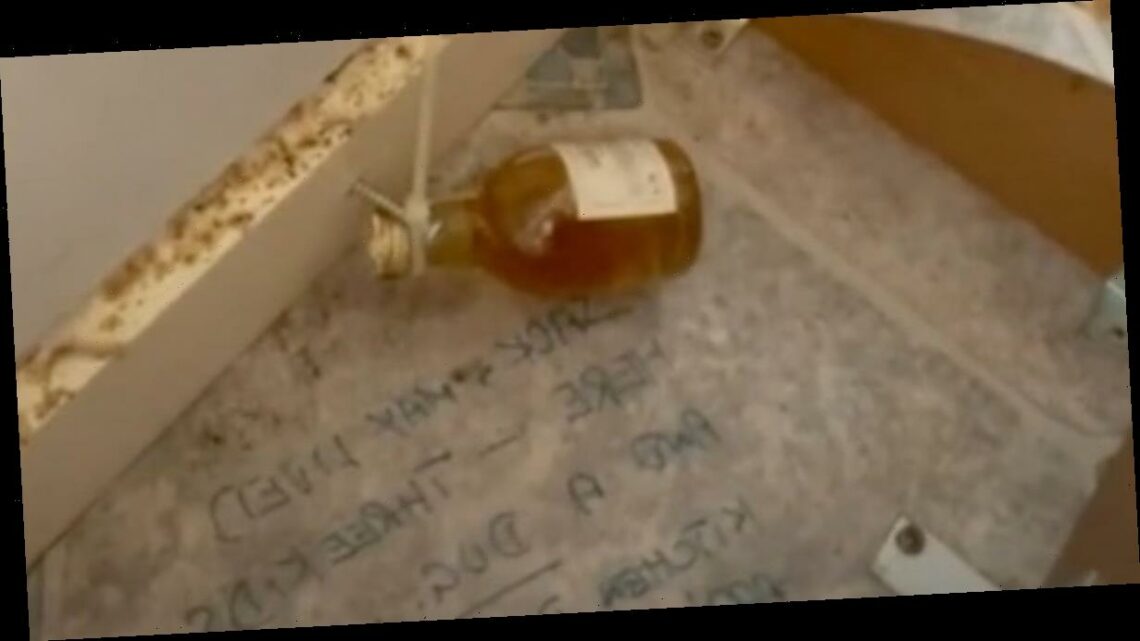 A builder carrying out a kitchen refurbishment found an incredible secret note hidden under the floor, as shown in his viral TikTok video.

In the clip, Craig Harrigan who is on the app as user @hooserice88 films the remarkable find which is still in perfect condition, along with a cheeky gift.

The Scottish kitchen fitter was scrapping the old units when he stumbled upon the thoughtful message and a tipple of Glenkinchie whisky in a miniature bottle.

Narrating the incident, he says: "So we’re stripping out a kitchen and we found a message under the floor."

The message, which was short and sweet, simply read: "Jack and May lived here, three kids and a dog.

Unsurprisingly, the video was a huge hit and was watched more than 118,000 times and received hundreds of comments since it was uploaded on February 26.

One viewer gushed: "Aww that was so sweet."

Someone else quipped: "Wow I found a bottle of Gordon's gin taking apart my kitchen but it was a secret stash from the alcy [sic] wife". Another added: "That’s actually so cute. Like that restores my faith in the world. Probably don’t drink it if you’re using power tools though."

Meanwhile, a fourth viewer took a pessimistic view and said it could be a bottle of urine and other people said they hadn't realised 2001 was two whole decades ago.

Craig himself joked: "When I first saw the date I thought oh not that long ago.