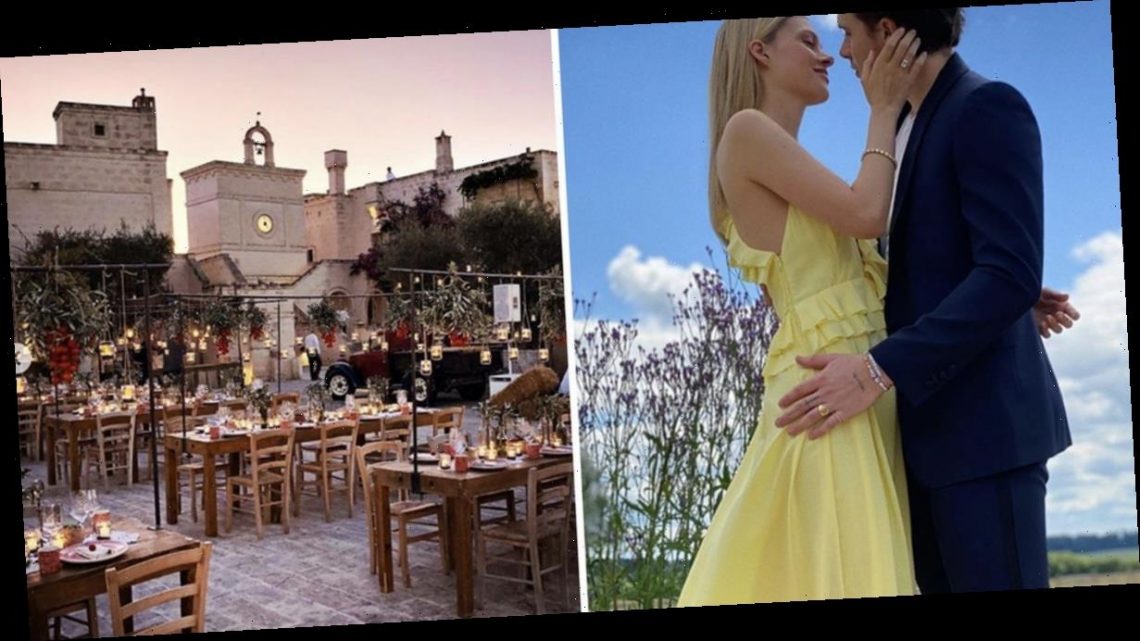 The 21 year old, who is the eldest child of power couple Victoria and David Beckham, shared a snap of himself and his 25 year old actress wife-to-be embracing and on Nicola’s finger a huge sparkling diamond engagement ring can be seen.

And now the beautiful couple are engaged, attention has very much turned to wedding details, and it's reported that the dreamy location of the ceremony could be an exquisite Italian resort.

Reports have surfaced that photographer Brooklyn is considering Borgo Egnazia in Puglia as his venue of choice, and after a peruse through pictures, we can hardly blame him!

The Mail Online reported that Brooklyn and Nicola accompanied Victoria Beckham to the venue, which wouldn’t be too wild a thing seeing as the Beckham family are currently holidaying in Italy.

The venue sees weddings costing up to £3 million taking place and was the elegant venue that Justin Timberlake and wife Jessica Biel chose for their big day.

Victoria reportedly told Nicola while at the venue: “It’s your day, we want to make it special… so whatever you want."

The jaw-dropping venue Brooklyn and Nicola could be considering is castle-like and beautiful, and makes for the perfect location for a candle-lit reception.

The resort boasts various luxurious add-ons, including a Michelin-starred restaurant, beach clubs, private beaches and a championship golf course, meaning guests will have options a’plenty where activities are concerned.

What’s more, the rooms at the venue ooze style and boast rurally romantic features including rope-strung keys and bird cages.

The majestic location also fits over 400 people into one room, making it a popular choice for weddings.

Upon getting engaged, Brooklyn announced in the caption of his photo: “Two weeks ago I asked my soulmate to marry me and she said yes xx I am the luckiest man in the world.

“I promise to be the best husband and the best daddy one day,” followed by a red heat emoji before finishing with: “I love you baby xx”.

Nicola also shared the same stunning photo with her 1.6million followers as she gushed over her fiancé in the caption.

The American actress wrote: “you’ve made me the luckiest girl in the world. I can’t wait to spend the rest of my life by your side. your love is the most precious gift.”

She then gave a shout out to Brooklyn’s little sister Harper, who recently celebrated her birthday, as she wrote: “I love you so so much baby and thank you harper for this pic”.

The couple’s post was met with well wishes from celebrity friends.