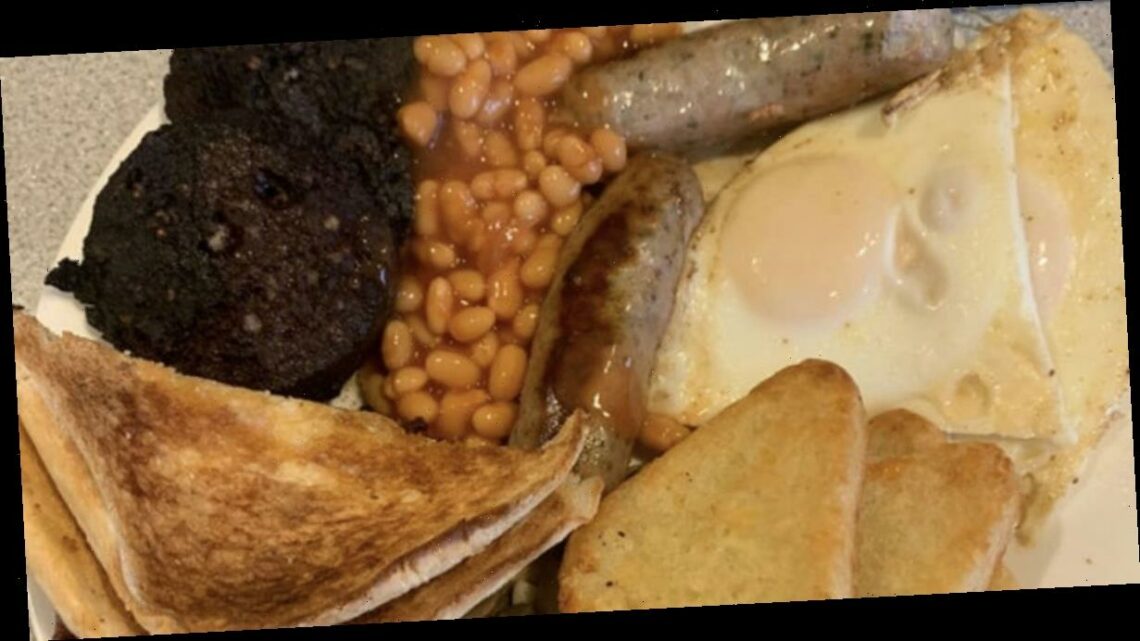 An American has been ripped to shreds over the Full English breakfast they cooked for their partner.

Posting a snap of the attempt on Reddit, UK posters on the forum did not hold back from roasting the foodie.

Given that the Full English is one of the most beloved dishes in the UK, it's not difficult to see why we’d be territorial about how it’s prepared and presented.

Posting in the sub-forum r/CasualUK, the person wrote: “As an American I try to cook my partner English food, am I only missing a tomato?

“And a bigger plate?”

Would you eat this Full English? Tell us in the comments…

While the snap racked in 22,600 likes, some commenters were quick to criticise.

Another added: “Bangers ain't blackened enough and what are those triangular foreign things with rounded corners? Fried half tomatoes would negate the cholesterol levels in the traditional manner.”

A third added: “Minor criticism – more distance between the eggs and the beans.

“I may want to mix them but I want that to be my decision.”

A fourth joked: "Hash browns look like you’ve just waved them at the oven instead of actually cooking them pal."

Others said that the bacon was “cremated”, “burned” and “atrocious”.

One poster took a jab at the size of the meal, and said: “English food with an American portion size lol.”

But not everyone was put off the meal and some said they would happily chow it down.

One wrote: “Seriously though, it looks great, I'm jealous …. and hungry!”

“Top marks. Bonus points for filling the plate beyond capacity,” added another.

A third said: “It's not a full English if it isn't hanging over the edge of the plate.

We think it looks pretty good, although some seasoning wouldn’t go amiss…