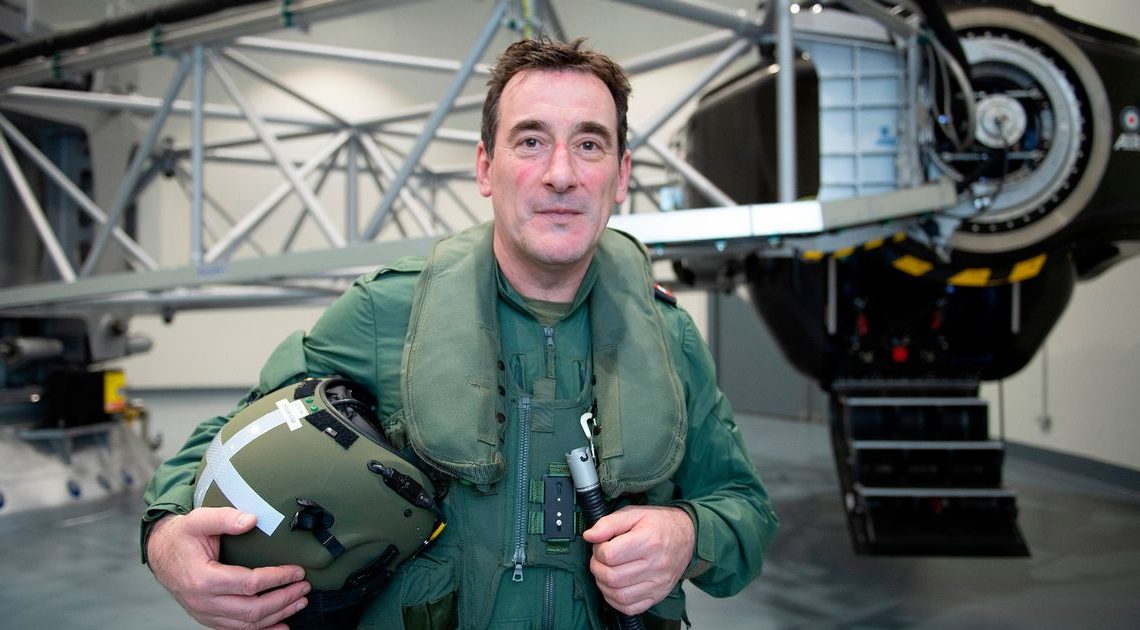 It looks like something from a Bond movie, but there is nothing fanciful about Britain’s new super-fast centrifuge.

The amazing machine may be a life-saver as it lets RAF and Navy pilots experience the crushing levels of G force they can face in action.

Just like 007 star Roger Moore in Moonraker, the flyers will be spun round at high speed.

All Britain’s warplane pilots will be trained on the centrifuge, capable of 34 revolutions a minute and pulling a terrifying nine G force.

But a trip at the controls of its flight-simulator cockpit is seven times cheaper than taking off in a war jet.

Yesterday, one of eight pilots trying Thales’ High-G Training and Test Facility revealed he blacked out for 14 seconds in a Hawk training jet above Scotland.

Flt Lt Paul Laugharne, 47, a reservist pilot, said: “I suffered G-force-induced loss of consciousness and came round with just a few seconds to recover.”

Many military pilots experience G forces above nine – equivalent of nine times your own body weight on top of you or pushing you in one direction and draining blood from your brain.

Each pilot will be tested every five years on the machine.

RAF Air Chief Marshal Sir Stephen Hillier said: “We are significantly enhancing safety in the air and making a major contribution to our operational effectiveness.