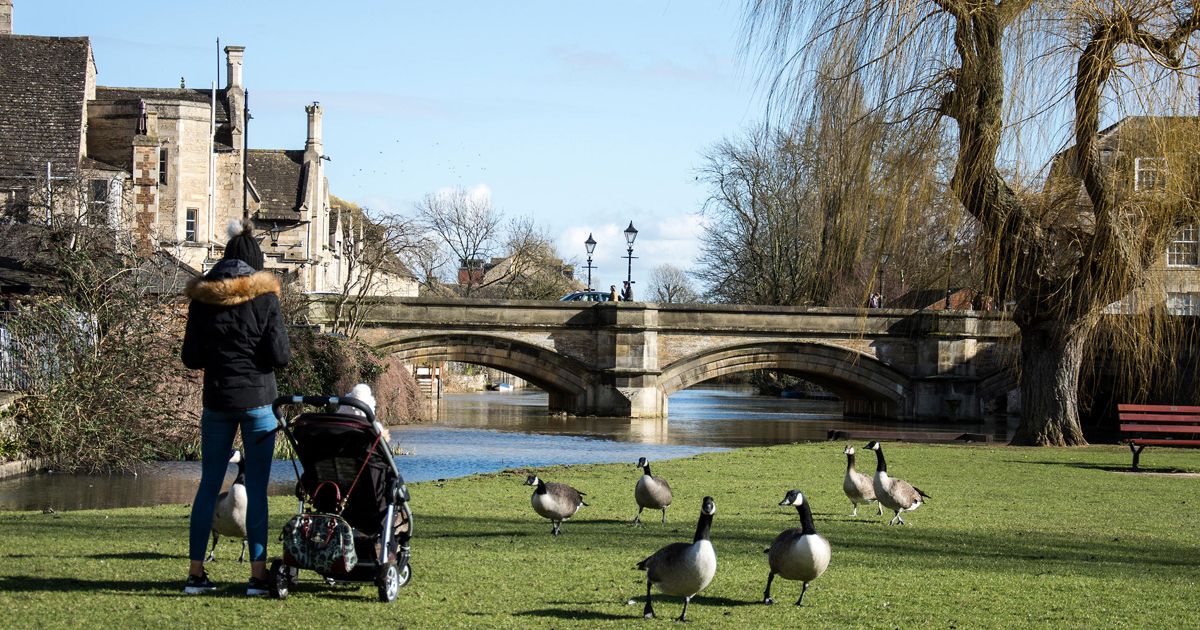 Britain to be ‘warmer than Greece’ before severe winds hit

Britain is set to be warmer than parts of Greece and Italy this weekend as temperature climb, but strong winds could still wreak havoc.

Temperatures will be mild for this time of year, the Met Office says, and they could hit 13C – putting parts of the UK a few degrees warmer than Athens and Rome.

It will be welcome news after a chilly week, although the mild weather won’t be pleasant in areas that will be battered by gale force winds and/or heavy rain.

Some forecasts are predicting even worse weather next week, which could bring the first significant cold snap of the season – and heavy snow.

Until then, temperatures are expected to climb to about 10C on Friday afternoon across most of the country.

The day will be mostly cloud and dry, with sunny spells possible across central and north-eastern areas, the Met Office said.

There will be patchy rain and drizzle over western hills before heavier rain and strong winds arrive in the north-west later in the day.

In the evening, a band of rain will move south, hovering across central England and Wales by dawn on Saturday.

Strong winds and showers will continue across the north, while the south remains mostly dry.

Met Office meteorologist, Alex Deakin told the Express: “For most it’s a rather grey day on Friday but again it’s a rather dry day again with at times some drizzle on the hills in the north and west.

“For most it will be dry but rather drab and relatively mild for the time of year.

“Temperatures will around or a touch above average, we may even reach double digits.”

Saturday will be a cloudy and windy day for many, with more rain moving across the north-west later in the day.

The best of any sunshine will be in the east, and temperatures will stay around 10C in the warmest places.

Sunday will be a few degrees warmer – with temperatures of about 13C possible in the south – but it will be windy in places.

Heavy showers are likely for parts of Scotland.

Monday will turn colder and drier with bright skies, while Tuesday will be the complete opposite with cloud cover and outbreaks of rain.

Starting later next week, temperatures are expected to plummet and heavy snow is expected over high ground, with the Met Office predicting unsettled weather through the first week of February.

Long-term forecasts show 5cm of snow falling in North Wales and Scotland next Friday (January 18), and up to 1cm over higher ground in the Midlands as temperatures begin to slide well below average for the first month of the year.

An easterly wind will push a weather system to the south-east of England.

Up to 2cm of snow is expected in East Anglia and Greater London on January 22.

A few centimetres of snow could fall in Cornwall and Devon, north-west Wales and Northern Ireland.

Severe gales are expected in some places over the period. Driving conditions could become treacherous if high winds are combined with snow.

Some very cold weather is expected towards the end of the month, and the Met Office has said it cannot rule out a repeat of the ‘Beast from the East’ – a Siberian weather system bringing heavy snow and extreme cold.

Last year, a ‘Beast from the East’ cause chaos, stranding motorists on roads, grounding flights and forcing schools to close.

For many it will be cloudy and dry; the best chance of any sunny spells across central and northeastern areas.

Western hills will see some patchy rain and drizzle, before heavier rain and strong winds arrive in the northwest later.

The band of rain will move south, lying across central England and Wales by dawn.

Strong winds and showers will continue across the north, however the south remains mostly dry.

A cloudy and windy day with patchy rain clearing the south through the morning.

Further rain will arrive across the northwest later; the best of any sunshine in the east.

Sunday will be windy, turning brighter from the north; some heavy showers for Scotland.

Tuesday will turn cloudier and breezy with outbreaks of rain.