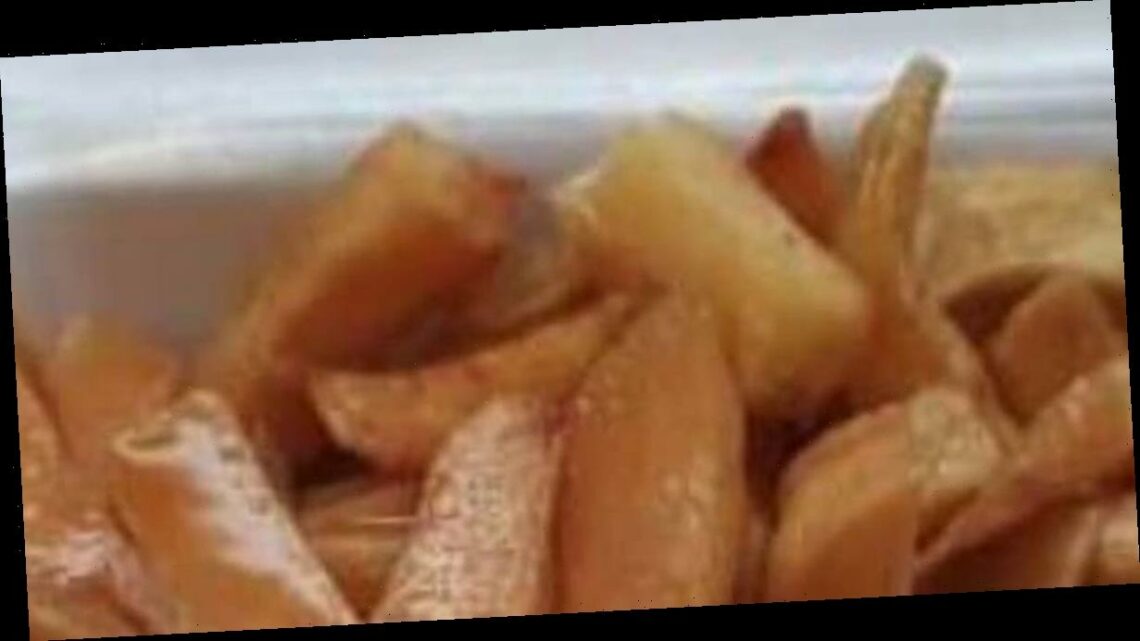 A British bloke has shocked fellow foodies with a snap of the “worst chips and gravy in history” he was sold at a takeaway.

The man, known as KingMel, posted a snap of the offending dish to the r/CasualUKReddit forum to share his upset with other likeminded chip lovers.

In the photo could be seen a plastic foam tray filled with thick cut chips and a thin grey liquid.

Traditionally, chips and gravy is made with fresh, deep fried chips and a thick, deep brown gravy – additional cheese is optional.

KingMel captioned the snap: “Had the worst chips and gravy in history tonight…”

And, honestly, they do look utterly disgusting…

The comments erupted – mostly with irate Northerners insisting that the chips must have been whipped up at a Southern English restaurant.

“Has to be a Southern job.”

“I’m going to guess it’s somewhere coastal based on the portion size,” added another.

A third simply asked: “Down South?”

But, some foodies defended the region, insisting that they know how to make gravy.

One bloke added: “While I appreciate the sentiment, gravy is exactly the same in the North and the South.

“I have lived many years in various towns and cities in both."

He added: “You don’t generally get gravy in chip shops far to the South, although I have noticed it beginning to gain popularity.

“Whatever that is, it’s not gravy.”

Others seemed to agree.

Another insisted it looked more “like a sliced creme caramel".

A third added: “That should be investigated as a war crime. What on earth is going on here?”

A jokester noted: “It looks like they've just brushed it on each chip individually.

Many others called the dish “an abomination” and added that the chips looked like they’d “never seen a deep fryer.”

What do you think? Have you been served worse? Let us know in the comments section below.

The Bachelor Recap: The Road to Hometowns Is Paved With Sad Tears