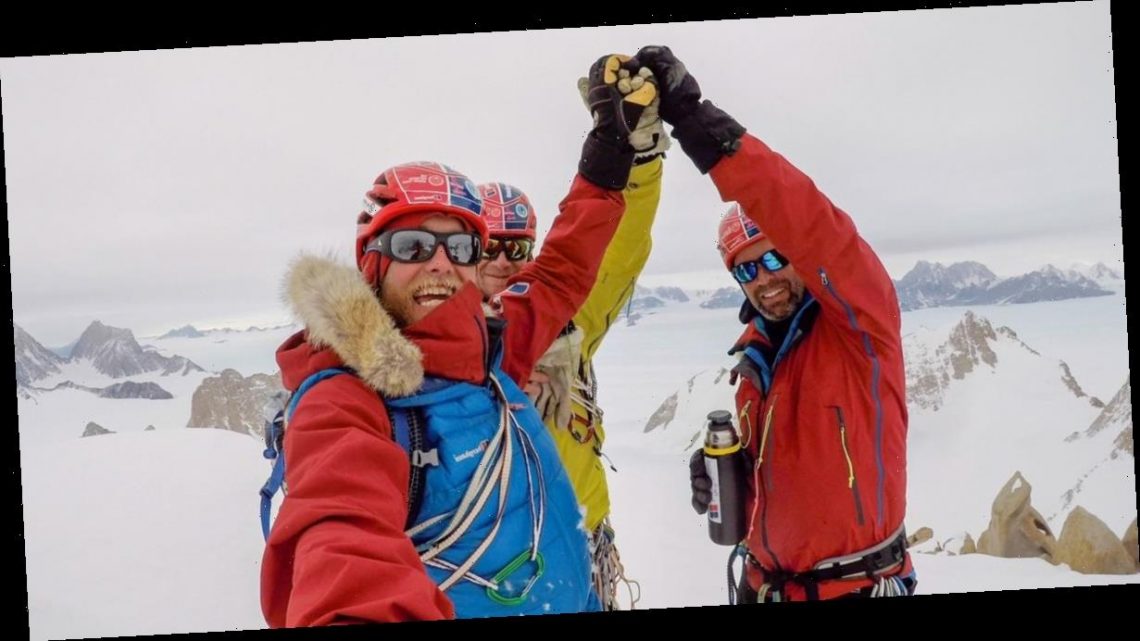 Adventurer Leo Houlding has become the first Briton to scale the world’s remotest peak, so isolated only 10 people have ever seen it.

Just to get there the 39-year-old battled Antarctic conditions on skis, lugging 440lb of kit for more than 1,250 miles to make the climb.

He survived a brush with death when his slid fell into a crevasse. A “knot in his rope” saved him.

Leo became only the third person ever to reach the summit, the first Brit, and the first to have completed the expedition without outside financial assistance or use of any vehicle within the Antarctic.

Leo, from Staveley, Cumbria, said: “I’ve been on a lot of adventures and they are all quite challenging, but this was another level.

“Of all that I’ve done, that one takes the crown as the most remarkable and the most extreme.

“It’s the most remote mountain in the world, when you are that far out you are completely self reliant – no one is coming to help if things go wrong.”

The Spectre is a sinister 6,630 ft rock spire, and was discovered in December 1934 by the Byrd Antarctic Expedition geological party under Quin Blackburn.

Leo continued: “It’s not the highest mountain and we weren’t trying to climb it the quickest, I’m not interested in those achievements.

“Climbing Everest was a challenge 50 years ago but it’s not any more. Now it’s about doing things that are more technically difficult but not as famous.”

Shortly after he reached the summit he was joined by the other two members of his team France’s Jean Burgun, 38, and Mark Sedon, 49, from New Zealand, who became the fourth and fifth people to complete the challenge.

Leo said that on his arrival, temperatures were so low that the team faced instant frostbite – and on one occasion he almost fell into a crevasse.

He continued: “Getting to Spectre was the greatest part of the challenge, as it transpired.

“We kite skied for 1, 250 miles with 440lb of kit each – it was the only way to get there. Kite skiing enables you to travel at speed and carry enough weight.

“This wasn’t a beach holiday, Spectre is in the most most hostile environment on earth and you need a lot of equipment to survive.

“When we arrived it was -40C with winds of 60 knots, that gives a windchill of -73C – that’s instant frostbite.

“You can freeze to death within minutes in those temperatures.

“It was difficult, travelling to the mountain I lost my sled into a crevasse and it almost pulled me in – I was saved by a knot in the rope.”

Spectre was given its name by Edmund Stump, leader of the United States Antarctic Research Program, who became the first to climb the mountain after discovering it by chance.

Leo added: It is so remote that less than 10 people have even seen it.

Leo’s incredibly story is being told on film which will be shown around the nation as part of the Banff Mountain Film Festival 2020.

What are the FA Cup 5th round draw ball numbers, and how can I watch for free? – The Sun