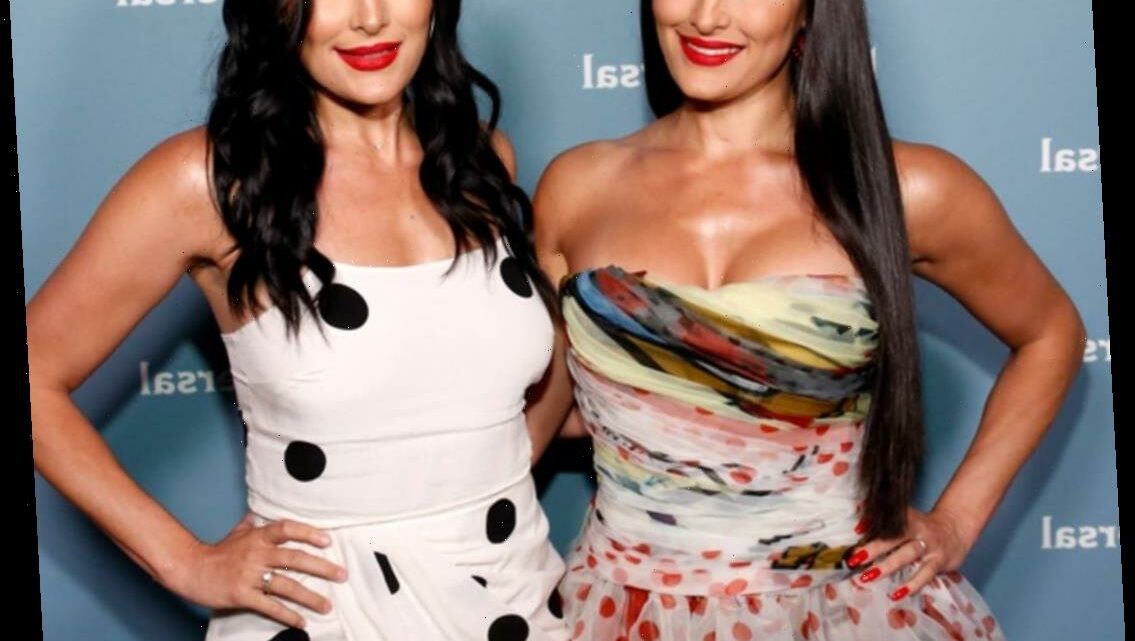 Back, better than ever and with babies.

Nikki Bella and Brie Bella just released their first postpartum episode of The Bellas Podcast, and fans of the Total Bellas stars will be thrilled to learn that they they didn't hold back any details of their boys' birth stories, a certain fiancé joining Dancing With the Stars and much more.

The twin sisters were even joined by Nikki and Artem Chigvintsev's little one, Matteo Artemovich Chigvintsev!

And no, Buddy's middle name is not pronounced like the sweet treat!

Find out the origin of both boys' names, among other revelations made on The Bellas Podcast, below.

Nikki previously revealed that she intended to get induced at 39 weeks, but to her surprise, her water broke while she was on the table at the doctor's office.

"[The doctor] was like, 'Your water broke!' And I'm like, 'Oh my gosh.' I just never thought I would hear that because we were getting so close," Nikki recalled on the podcast. "So my water broke, Brie was right there and then [the doctor] was like, 'Go home, get Artem, you have a few hours 'til you have to be at the hospital.' I just couldn't believe it was happening."

"I can't believe she went in labor before me," Brie said. "My jaw dropped…I had been dialating for three weeks, I had lost my mucus plug, I had the whole bloody show, and I was like, 'I'm literally going in labor any day…No way my sister's beating me to the delivery room.'"

DWTS Reveals the Cast for Season 29

The Meaning Behind Kim Kardashian, Kylie Jenner's "Feel Me" Cameos

COVID-19 restrictions meant that Brie couldn't join Nikki and Artem at the hospital, but the couple rushed there—on what turned out to be the hottest day of the summer, with temps reaching 118 degrees—and thus began Nikki's 22-hour labor.

"22 hours in 118 degrees with a room at 76 degrees, that was hot. And because of COVID, you have to always have your mask on," Nikki explained. "There's just so many rules."

When it came time to push, Nikki described the process as "the hardest work out I've ever done in my entire life."

"I give it to you, moms," she added. "I mean, I have been slammed on mats, I have broken my neck, I had played soccer competitively for 13 years, I did competitive track…"

Nikki continued to recount her experience, revealing that at one point, she heard a nurse or doctor mention a c-section. She was then told, "Your heart rate and Matteo's heart rate's getting really high, so we have two more rounds of pushing."

"So they put the mirror in front because they knew how competitive I was getting," Nikki said, noting that she "almost ripped" the bed safety rails off. "I pushed so hard and on that last round, I pushed Matteo out. And he came out vaginally and that was the most incredible feeling ever."

When Matteo was placed on Nikki's chest, she said she immediately recognized him as "a mini Artem."

"He had so much hair and it was wavy…I started crying," she recalled. "I was holding on to Matteo so much that the nurse was like, 'We really need to take him so we can weigh him and clean him up.'"

According to Brie, Artem and Nikki called her a couple of hours after she gave birth, and the following morning, Brie went to the hospital for her planned c-section. When getting ready to leave, Brie recalled her firstborn Birdie Danielson saying, "Wait, you're gonna be gone from me? For two days? And you come back with a baby?"

At the hospital, Brie was unfortunately still unable to see her sister. She did, however, find comfort in the fact that she was having her c-section in the same room Birdie was born in.

"So then, boom. Have the c-section, all goes down," Brie explained. "And then when the baby comes out—because, you know, Bryan and I were having a surprise—they're like, 'Okay Bryan. We're gonna pull down the curtain and we're gonna let you look at the private part and announce it to the whole surgery room.'"

She continued, "So baby comes out. The curtain goes down. And Bryan's face…he's like, 'It's a boy!'"

Later, the couple delivered the news to their family and friends with a FaceTime surprise.

Nikki and Artem's decision to name their son Matteo was inspired by her trainer, Gregg Miele.

"I was pregnant and training with him—this was L.A., this was before COVID and before I knew [my baby's] gender—and he was talking about his son, like 'Oh Matteo…it's so cute because he gets knocked down and he gets back up and he's so fierce and strong.'"

"It gave me, like, alligator chills how he was talking about him," Nikki added. "In my head I was like, I think I'm having a boy and I think I'm naming him Matteo."

It turned out Artem loved the name as well, and the two also discovered that the English version of the name means "god's gift."

"Artem and I were both were like, he is our gift," Nikki said. "He's our gift from God."

For Matteo's middle name, Artemovich, the professional dancer decided to stick to his native Russian tradition of taking taking the father's first name and adding "ovich."

"And if you've watched us on Total Divas and Total Bellas, you know how much Bryan's dad meant to him," she explained. "They were best friends. And he, unfortunately, died from a heart attack…so we both said if we have a boy, we'll name him after his grandfather, Bryan's dad Buddy."

"Nana, who you always see—she's made appearances on the reality show; she means the world to us—her name is Alice Marie Dessert," Brie said. "Birdie's name is Joe after my grandfather which is her husband…we though what about her last name, maiden name?"

For now, Birdie has been calling her brother "Bud Bud."

*At certain angles," the sisters think their sons resemble one another and might even be "spiritual twins" despite their differing personalities.

"Buddy is the sweetest, calmest baby," Brie revealed, with Nikki agreeing, "He's so sweet. And my Matteo is so feisty and strong."

"The way they came to us—like Nicole and I both having surprises—I feel like the fact they're both boys, the fact that they wanted to be born right around right around each other—I really feel like there's they're so connected and there's something special to these two boys," Brie added.

E! has already renewed Total Bellas for a sixth season, and the twins were filming when they gave birth.

Brie expressed her gratitude for the cameras since she couldn't be in the delivery room with Nikki: "You're so tough and I know these sensitive sides to you, so I wanted to see you in those moments 'cause I've never seen that before. But I'm happy that you filmed it so I can actually see it."

The first-time-mom herself admitted that she also appreciated the show.

"I have to say, at first I didn't know how I'd feel with, like, cameras," Nikki explained. "We have an incredible showrunner…and she's just been such a rockstar. Her and her partner have quarantined for us. So they captured quite a bit."

"We just really wanted to take a month off…those four weeks were really needed," Brie said at the beginning of the podcast.

The twins have been busy taking care of their little ones, though Nikki was recently thrown a curveball when Artem was asked to return to Dancing With the Stars.

"Artem was crying. Everyone at Dancing With the Stars and ABC had been so supportive and had just been so amazing, so they were so happy when there was one extra spot for Artem and they wanted him to come back," Nikki recalled.

Despite being happy for Artem, him returning to the show meant that he had to leave the very next day.

"It's been almost two weeks without Artem and I've been just a single mom doing it on my own," she said. "It was, I'm not gonna lie, extremely tough."

Nikki is, however, currently planning on moving to L.A. to be with her fiancé: "With Artem back working and COVID, we were just kind of like, why are we traveling back and forth between homes? It's not safe."

She and Matteo are currently staying with Brie and Bryan "for safety reasons," which she described as "really unfortunate because I had my life in my home."

"It was going to be my last moments in my home with my son in his nursery," she added. "I literally just built my dream home. I mean, I was a part of it down to the fixtures and the tiling…so I was super bummed but the one thing is that my son's first." 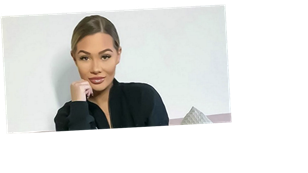