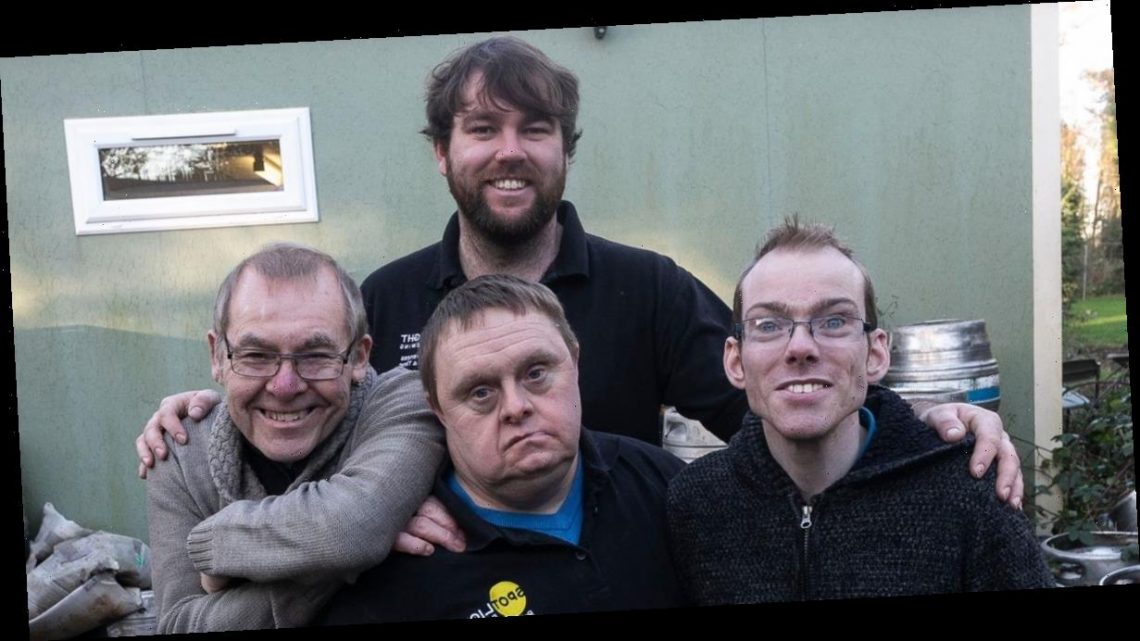 As craft beers go, Spotlight ­Brewing’s names are not that ­unusual. Spectrum. One More. Fragile X.

But each contains a special meaning. One More is more than a session pale ale. It’s a tribute to people with Down’s syndrome, and to the fact they have a chance extra copy of ­chromosome 21.

Fragile X, a smoky 5.8% porter, is also the name of a genetic condition that can lead to someone having learning disabilities.

Meanwhile, Spectrum refers to autism. Undiagnosed, a hoppy beer, is there to “raise ­awareness of all those out there unable to get a diagnosis”.

All of the beers are a source of pride to Spotlight’s workforce on a converted farm in Goole in East ­Yorkshire.

Neil Elston, 52, is part of the brewing team, spending two or three days a week making and monitoring the next batch. He has Down’s syndrome and loves making the beer, and especially tasting it.

He also has his own shed there and is repairing paths around the site.

Before the brewery, Kev McMinn, 62, was struggling after losing his mum. Now, he is smiling widely as he shows us how to test the beer and where different equipment is kept.

“But I’m a lot happier now.” He takes pride in keeping the place clean, scrubbing and sterilising giant steel kegs.

Matthew Cottingham, 30, who also runs his own greetings cards business, is in charge of sales.

His favourite part of the job is marketing the beers – visiting pubs and bars to sell them.

Head brewer and support worker Ric Womersley, 27, was working at the residential centre next door when he had the idea of creating a micro brewery.

“I do some home brewing and I thought this could be a way of us working together,” he says. “It’s all about having some fun and learning new skills.”

The brewery started from scratch exactly two years ago. Spotlight was given an old storeroom rent free, which the team set about clearing and patching up.

Then, when a brewery down the road folded, they were gifted the equipment, and Ric used some of his own money to get them started.

Now they sell 30 to 40 casks or kegs a month to nearby pubs, and as far afield as Swindon, Wiltshire, plus there are plans to open a tap room.

An economist who has volunteered at a local Mencap branch for 12 years, including running its Tuesday Club disco, Nick, 43, realised most of the people he volunteered with were unemployed.

“I’d be talking to people about what I’d been up to, and when I asked the same question back people would say they hadn’t done anything,” he says. “I felt that wasn’t right, that I could help create more opportunities.”

In 2015, despite having no brewing experience, he won some small grants and set up the brewery. He put up posters for the Tuesday Club and gave jobs to the first five people who came forward.

“People can have lots of needs but if we can meet them there’s no reason why we can’t become colleagues. We are all skilled and we all learn in different ways.

“Benedict has very little speech but can fill a bar and draw people in with his high fives. Michaela is a great brewer. She’s a porter connoisseur who loves trains – specifically watching old films of train journeys across the South East – and visits craft breweries in her own time. By train if possible.”

He also introduces Chris, a brewer and bar worker who is also Ignition’s resident rapper and DJ. “He is also the strongest member of the Ignition team, which makes him indispensable in the brew room,” Nick says. He admits brewer and bar worker John tends to drink Ignition’s South of the River beer mixed with orange squash. “But despite John’s peculiar taste in drinks, he’s a valued member of the Ignition team and he excels at bottle-labelling,” Nick says.

“His quality control is second-to-none and he puts the rest of the team to shame with his stealth, dedication and steady hand. He can also tell you about most television shows and music from the 1990s and likes to put this knowledge to the test at quizzes.”

Nick says the questions he puts to potential employees might be as simple at first as “Can you lift a keg, can you pull a pint?”.

“It’s been shown that 94% of people with learning disabilities are ­unemployed – that’s shocking isn’t it?” he says. “It’s good for people to have an answer when someone asks ‘What do you do?’ they can say, ‘I’m a brewer’. They can then challenge those ­preconceptions.”

He shrugs. “We’re just a bar that sells good beer, that’s the proof of the pudding really isn’t it? The fact that people keep coming.”